As the population continues to advance in age, joint diseases are likely to grow in number -- but a new 3D technique may help to address this pressing issue.

Arthritis is common, but not quite well understood. It is not a ‘disease’, but rather a term used to describe any disease that affects the joints. There are over 100  different forms of arthritis; however, two of the most common forms are rheumatoid arthritis (RA) and osteoarthritis.

Can RA cause problems with swallowing?

Rheumatoid arthritis is an autoimmune disorder that is triggered when the body’s own immune system attacks its tissues. This affects the synovium, which is a soft tissue found in the joints. The synovium produces a fluid that lubricates the joints and nurtures the cartilage. In RA, impairment of the synovium can result in bone and cartilage damage in the joints.

There is no known cure for arthritis, although research into medications to alleviate symptoms, prevent joint damage, or prompt remission is ongoing. At present, arthritis specialists and rheumatologists are likely to recommend some sort of medical imaging - be it an ultrasound, an MRI or an X-ray - to pinpoint the degree of severity and help decide how to treat the disease in question.

As the population continues to advance in age, joint diseases are likely to grow in number, but a new 3D technique may help to address this pressing issue. Known as joint space mapping (JSM), this 3D technique was developed by a team of researchers from the University of Cambridge for the purpose of ongoing monitoring of the joints of patients with arthritis. “We are a collaborative group of engineers, radiologists and physicians based in Norwich and Cambridge, UK, that looks to solve clinical imaging problems with technical solutions” said Dr. Tom Turmezei, lead author of the study from the University of Cambridge Department of Engineering.

Currently, X-rays and blood tests are used for diagnosis of different forms of arthritis. X-rays show the bones and the way they interact with the joints, whereas blood tests help to detect inflammation.

For instance, osteoarthritis is commonly diagnosed through an X-ray by identifying a narrowing in joint space due to loss of cartilage. However, X-rays are not sensitive enough to identify subtle changes occurring in a joint over a period of time. “In addition to their lack of sensitivity, two-dimensional x-rays rely on humans to interpret them. Our ability to detect structural changes to identify disease early, monitor progression and predict treatment response is frustratingly limited by this” said Dr. Turmezei.

The new semi-automated technique, developed by Dr. Turmezei and his research team, could lead a better understanding of how osteoarthritis occurs, allowing the condition to be more accurately evaluated over time. It could also enable the effectiveness of new treatments to be monitored, without the need for invasive tissue sampling.

JSM detects even the tiniest changes in the joints of patients with arthritis. It uses images from a standard computerized tomography (CT) scan to create detailed 3D images.

After testing the technique on human hip joints from bodies donated for medical research, the research team at the University of Cambridge found that JSM surpassed the current standard x-ray imaging for joints. In relation to sensitivity, JSM was much better as detecting small structural changes and it portrayed the areas where the spaces between the bones were wider or narrower in the joints. “Using this technique, we’ll hopefully be able to identify osteoarthritis earlier, and look at potential treatments before it becomes debilitating” said Dr. Turmezei. “It could be used to screen at-risk populations, such as those with known arthritis, previous joint injury, or elite athletes who are at risk of developing arthritis due to the continued strain placed on their joints” he added.

For Dr. Turmezei and his fellow colleagues, their next move is to apply JSM to a subgroup from the age, gene/environment susceptibility (AGES) population group, which includes patients with recognized hip disease outcomes. They believe that doing so could illustrate the connection between 3D joint space, hip pain, and the need for total hip replacement in the future. “Once its clinical utility has been established, this reliable CT-based 3D imaging analysis technique could represent an important step forward in quantitative analysis of joint disease as an alternative to 2D radiographic imaging, with applicability in research and clinical settings” wrote the researchers.

A standard of care for assessing joint health

Although CT scans are used to diagnose and monitor a wide range of health conditions, CT of joints has yet to be approved for use in clinical trials. Nevertheless, JSM demonstrates that 3D imaging has the potential to be far more effective than 2D imaging. Additionally, CT scans now involve very low dosages of radiation, indicating that they can be safely used on a more frequent basis for continual monitoring. “We’ve shown that this technique could be a valuable tool for the analysis of arthritis, in both clinical and research settings” said Dr. Turmezei.

In conclusion, JSM is a precise and robust technique that could be used to assess 3D joint space in a number of different joints, including the knees, ankles or hips. However, it is not limited solely to these areas. When combined with 3D statistical analysis, this novel technique could display improvement in patient stratification and disease characterization in clinical trials, thereby allowing researchers to be able to determine whether new treatments in development stages are effective.

Although further studies are necessary before deriving to any confirmative findings, this particular study shows that JSM has the ability to provide accurate and reliable information with the prospect of influencing clinical decisions based on disease progress, therapeutic responses or surgical intervention. It also has the potential to speed up the development of new treatments - something that is of ‘dire need’ in the field of arthritis.

What Happens When Feet Are Affected by Rheumatoid Arthritis?

Surgical Therapy for Rheumatoid Arthritis: Is it Worth...

How is rheumatoid arthritis diagnosed?

When is surgery for rheumatoid arthritis recommended? 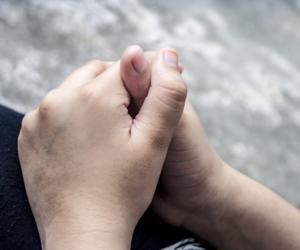 The Complicated Link Between Rheumatoid Arthritis and the Thyroid