According to a new study, getting into a positive and good mood will help to enhance creativity and problem solving skills. “You can get into a good mood by some easy methods, like listening to your favorite music or watching a funny video," say researchers who published the study in, Psychological Science. Study researcher Ruby Nadler, a graduate student at UWO, says that positive mood enhances creative problem solving, and flexible and careful thinking.

In this study, the researchers looked at the types of learning that is improved by creative thinking. A total of 87 students, out of which 61 were women while 26 were men, were recruited for the study. The participants were put into different moods and were given a learning task, such as classifying a set of pictures with visually complex patterns. Moods of the participants were changed by music snippets or video clippings.

The researchers had initially tried out different methods to induce happiness, sadness, or neutral feelings on other people before the start of this study. Eine Kleine Nachtmusik-Allegro, a peppy piece by Mozart, was found to be the music that improved mood, while among the different video clips, giggling baby sounds could produce a happy effect on people. News on earthquakes in China and music from the movie Schindler’s List produced negative feelings in people.

Participants who were in good moods did well in the learning task provided, when compared to those who had negative or neutral moods. Nadler says that the best way to induce good moods in people is music. But the type of music that can stimulate positively differ from person to person. “Thus, if someone has to do something innovative or has a problem to consider carefully, being in a good mood is the best way to tackle anything,” says Nadler. “Even though people may feel that watching a funny video is a waste of time in the middle of an important project, it puts the person in the right state of mind for creative thinking," she adds.

What Does it Mean to be an Extrovert or Introvert?

What are the side effects of Zoloft?

Should I involve my son's school social worker in his... 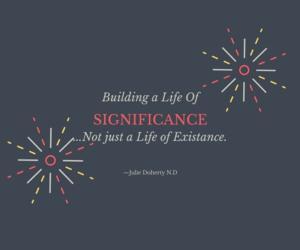 Building a Life of Significance: How Can I Help You?

My sister loses interest in things very fast, having...

How can I help someone with manic depression?

Epilogue to Carpe Diem- Seize the Day, A Treatise of My Mental Health experiences