Appendicitis is the inflammation of the appendix, a tube-like extension attached to the large intestine. The appendix has no known function, but one thing for certain is that one can live without it with no apparent consequences.

Appendicitis is a life and death kind of matter and should be treated with urgency, caution, and care.

Everything You Need to Know About an Appendectomy

What to Do If You Think You Have It

Appendicitis is a medical condition that must be treated within the shortest time possible. The appendix, though rather useless, is very delicate and if allowed to stay inflamed for long, it can burst or get perforated and spill its contents into the surrounding areas of the stomach.

You wouldn't want that to happen to you because of the implications involved. Left untreated, the infectious materials that have been spilt will likely lead to a condition known as peritonitis. This condition is the inflammation of the abdominal region and its walls, creating a painful experience. At this point you would need to have access to a really good doctor. The condition can be treated using antibiotics, as long as it is detected and treated early enough.

Apart from peritonitis, pus may form outside the walls of the inflamed appendix. This will, in turn, spread to surrounding regions if the body does not create a wall to make sure the pus doesn’t get far.

This is what is called an abscessed appendix, and it is a little less urgent than a ruptured or perforated one. However, since the body forms a very good scar-tissue barrier that hides the fact that you are infected very well, this could lead to a difficulty in knowing that you have a defective appendix. You might come to know about it through surgery, but without one, you could remain in the dark about your abscessed appendix. You should therefore go for regular checkups to make sure you don’t get surprised.

The Causes of Appendicitis

The following are the main causes of appendicitis:

What to Watch Out For (Symptoms)

The following can tell you that you have appendicitis:

These signs will be the cue for you to seek immediate medical help as they are signs indicating the severity of your situation. You should remember not to do the following things when you suspect that you have appendicitis:

Because of its similarity in symptoms with other less severe conditions, appendicitis is a bit difficult to diagnose. The doctor uses the following tests to make the diagnosis:

This is the removal of the inflamed appendix after it has been established that you are in danger of a more serious issue than just a stomachache. An appendectomy can be done laparoscopically or using the open surgery technique depending on what the doctor deems to be appropriate.

Laparoscopic surgery is used if you want to minimize the scars or if the procedure is quite simple and you have had no known problems in the areas surrounding the appendix. Recovery is very quick with laparoscopic surgery and the technique is fairly safe.

Open surgery requires the opening up of the abdomen using larger incisions than you would have in the laparoscopic technique. The healing time here is a little longer but the method is cheaper than laparoscopic surgery. The resources needed are readily available and they will not have you paying like a gold-mine owner.

If a woman gets appendicitis while she is pregnant, the appendix can be removed with no injury to the baby whatsoever. Statistics indicate that causing fetal death or harming it during this surgery is hard. But it does happen sometimes. However, the same statistics assure you that it would be better to have it removed or you will both be in danger.

The technique is safe and your chances of going home with all but your appendix in place is high.

This is fairly easy if you had a laparoscopic surgery and a little less easy if you had open surgery. You are allowed your normal diet as it does not affect the appendix directly. However, it is always recommended that you switch to bland foods like:

Appendicitis is a serious infection and should be treated within the shortest time possible after it has been discovered. The doctors will have to check you for any past experiences with anything that can harm you. When they have been satisfied, you will be on the table within 24 hours to get your appendix removed. 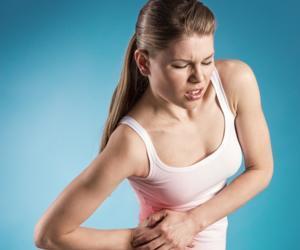 How long is my son going to stay in the hospital for...