As technology advances, so does the methods at the researcher’s disposal to create innovative tools that can be used in many contexts to, in one way or another, improve the user’s effectiveness at performing certain tasks. Case in point, a team of researchers from the Washington University School of Medicine (WUSM) have devised an innovative instrument for the early prediction of Parkinson’s disease on potential sufferers. The method uses a complex algorithm to study the medical records of patients, cross-reference the information contained within, and accurately predict those who might have an incident of Parkinson’s disease prior to a formal diagnosis. In this manner, patients can prepare accordingly for the disease, and gradually accommodate the new lifestyle that comes with it, as opposed to receiving a sudden formal diagnosis and having to make drastic changes in a short span of time.

Parkinson’s disease is a motor disorder which occurs when the neurons in the brain fail to produce sufficient amounts of the dopamine neurotransmitter, which helps to regulate and control muscle movements. As the disease begins to surface in the individual, dopamine-producing neurons begin weakening and dying, lowering the production of the said substance, and preventing signals from the brain from effectively reaching the muscles. As a result, control over the limbs and body is wrested from the person, causing him or her to exhibit involuntary movements with increasing frequency and intensity as time goes on. At first, said movements are often present in half of the person’s body, though they usually spread to affect the whole body in the disease’s later stages. 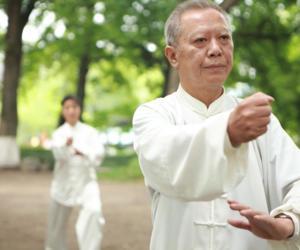 Though the reason behind the death of these neurons—and the disease’s onset—remains a mystery, it has been observed that Parkinson’s is usually more frequent in individuals older than 50 years, which makes age an important factor to consider when conducting an evaluation of the patient for the diagnosis of the condition. A fact that is further compounded when considering that Parkinson’s still remains as one of the most frequent conditions of the nervous system in older adults. Even though the condition can affect both males and females, it is more common in the former, and while the factors behind its onset are unknown, genetics have proved to play an important role, as those who have a history of Parkinson’s in the family are more likely to develop the disease themselves. When the ailment affects a person at a young age, it is usually due to genetics, rather than other factors and, though it is very rare in these individuals, it is also known to affect children.

The most common symptoms of Parkinson’s, which most patients develop at some point during the progression of the disease are uncontrollable shaking of the hands, arms, legs, jaw, and facial muscles. Furthermore, the person could also develop rigidity, affecting mainly his or her legs and torso. As a result of these involuntary spasms, the person’s movements may become sluggish or lethargic in order to compensate for the lack of control. In the advanced stages of the disease, both the balance and coordination of the patient become affected to the point where he or she may need assistance to perform certain basic tasks such as walking or eating and, in the most advanced cases, moving from point to point.

The main issue of Parkinson’s disease, besides the ailment itself, revolves mainly around the condition’s biomarker—or lack thereof—before the manifestation of its symptoms, which can make emitting a formal diagnosis a very challenging endeavor. Most clinicians often have to wait until many symptoms surface before looking into the disease which, at this point, is too late for easing the patient into his or her condition. Instead, most people who suffer from Parkinson’s often receive the diagnosis as a surprise when it has already taken hold, and have to make drastic accommodations in their lifestyle as a result.

Knowing this, the team of researchers from the WUSM developed the aforementioned solution to facilitate the identification and diagnosis of Parkinson’s patients without having to wait for the initial symptoms to appear.

The objective of the project was to create a solution which could use computation technology to properly identify early signs and symptoms of Parkinson’s and use them alongside the patient’s medical history to predict the appearance of the disease with upwards of 80% of accuracy.

The team arrived at the solution of using the computational method when they realized that people who suffer from Parkinson’s usually have distinct behavioral patterns such as particular demeanor, posture irregularities, and cognitive impairment, to name a few, before the disease’s onset. Furthermore, their medical histories are noticeably different from those of healthy individuals which suggest that, while these seemingly benign factors may elude the clinical eye of most physicians, they may hold the key to the early diagnosis of Parkinson’s. Alongside these factors, the solution also considers the patient’s lifestyle habits such as smoking, weight loss and stressful routines, underlying diseases such as diabetes and kidney disease, and personal factors such as age, gender, and ethnicity in order to create accurate Parkinson’s predictions.

By evaluating the factors, the solution is able to accurately predict Parkinson’s with 85.7% success. Specifically, it was able to detect the disease in 73% of patients who would, at some point in their lives, develop it, while also detecting an 83% of patients who were safe and would not suffer from it.

While the underlying causes of the death of dopamine-producing neurons still remain a mystery, and Parkinson’s risk factors might be too numerous and varied for a single physician to consider, this new solution has definitely proved to be a very useful asset in the identification of the disease, so that those who are likely to suffer from it can adjust in a better manner and receive better care for their condition. Furthermore, considering that producing a formal diagnosis of Parkinson’s usually requires several appointments with medical professionals, as well as periods of observation which can extend up to 18 months in anticipation of the disease itself, a method that could significantly reduce this time is a very welcome addition to any physician’s practice.

Rebooting the Brain with Magnetic Waves May Improve... 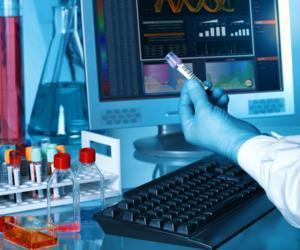 Why "Shaking Palsy" Is Still a Mystery

Do I need to adjust my house for mother's Parkinson's disease?

The Brain Cell Transplant that Could Potentially Treat Parkinson’s Disease