Parkinson’s disease affects people of ages 55-75, although it may affect younger people, too. Parkinson's disease is a neurological disorder. This disease affects the movement of muscles, their control, and balance.

Have a question aboutAntidepressants?Ask a doctor now

Selegiline belongs to the group of monoamine oxidase type B inhibitors. It is prescribed to control the symptoms of Parkinson’s disease. It is given to people who take a combination of levodopa and carbidopa. Selegiline helps increase the levels of dopamine in the brain.

Selegiline may help in the following ways:

Selegiline comes in the form of capsules and tablets, which are orally taken. Selegiline should be taken twice at breakfast and lunch. It should be taken before breakfast and lunch without any food and drinks. Selegiline does not cure the disease as it only helps control the symptoms of the disease. There are also some side effects associated with the medication. If the side effects are severe or persist for a longer time, then a doctor should be consulted.

The side effects of selegiline are:

Some serious side effects may include:

An overdose may cause:

This medication is used to treat symptoms of Parkinson’s disease. It can either be taken alone or in combination with other drugs. It can help control the symptoms and help to reduce the amount of “OFF” (decreased mobility and function) time. It belongs to a group of drugs known as monoamine oxidase B or MAO-B inhibitors, which work by increasing the levels of dopamine, norepinephrine, and serotonin in the brain. This medication is orally taken once daily with or without food.

The dosage also depends on the medical condition of the patient, response to the treatment, and other medications the patient is already taking. Some of the drug's side effects are:

Serious side effects may include:

This medication may cause serotonin syndrome, which occurs when medications that enhance serotonin levels are also taken. Moreover, this drug may rarely cause an extremely high blood pressure or serious allergic reactions. If you experience any serious side effects, try to get medical help immediately.

Why are antidepressants used in Parkinson’s disease?

Depression is a symptom of Parkinson’s disease. Studies have revealed that certain antidepressants help treat this symptom without making other symptoms worse.

A study was done on 115 patients with Parkinson’s disease and clinical depression. They were divided into three groups. The patients were given a maximum of 40 mg of paroxetine or 225 mg of venlafaxine daily. Paroxetine is an SSRI (selective serotonin reuptake inhibitor) and is known to increase the serotonin level in the brain, and thus, improve mood. Venlafaxine extended-release is a serotonin and norepinephrine reuptake inhibitor. It helps balance the two hormones and improves mood. The levels of depression of all the three groups were studied and evaluated throughout 12 weeks using the Hamilton Rating Scale for depression. It was found that those on antidepressants showed more improvements than those on placebo.

The medications for Parkinson's disease fall under three categories:

1. Medications that increase the levels of dopamine in the brain

2. Medications that control motor symptoms by affecting other neurotransmitters

Currently, the transmission of monoamines is known to be increased by antidepressants such as serotonin, noradrenaline, or dopamine. But how it is achieved significantly differs among antidepressants.

However, the challenge for all healthcare providers is the effective treatment of the condition and its management. For moderate and severe depression, antidepressants are an appropriate treatment. The first-line agents are SSRIs due to their superior safety profile and better tolerability. However, the choice of medication depends on the interaction potential, adverse reaction profile, patient’s preference, and pharmacological properties.

Many problems may also occur because of antidepressants. The side effects associated with these medications include an increased risk of bleeding, hypernatremia, serotonin syndrome, and discontinuation symptoms. The patient should be closely monitored for these symptoms.

How do medications help?

Levodopa is also called as L-dopa. Carbidopa improves the action of levodopa by helping it get converted into dopamine in the brain. Also, carbidopa reduces the side effects associated with levodopa. Levodopa improves the quality of life and is effective against rigidity and slowness.

An enzyme that degrades dopamine is monoamine oxidase. Selegiline blocks the action of this enzyme.

In the initial stages of treatment, another MAO-B inhibitor called rasagiline is used in combination with L-dopa. It is used for moderate to advanced cases of Parkinson’s disease.

The area of the brain where Parkinson’s disease is thought to originate is the substantia nigra. Dopamine receptors in are stimulated by dopamine agonists in this part of the brain. These drugs also delay motor complications during the initial years of treatment.

Entacapone is a catechol-O-methyl transferase (COMT) inhibitor, which is also known to increase the amount of dopamine in the brain.

In the early stages of the disease, anticholinergic drugs were used to control tremors. They were the first drug used to treat Parkinson’s disease. However, they have been largely replaced by dopamine drugs these days.

For patients with early mild symptoms, amantadine can be used and can stimulate the release of dopamine in the brain, and thus, help against muscle rigidity and slowness.

Treating the Onset of Parkinson’s Disease

Treatment of "OFF" Time

Treatment of Other Symptoms

1. Levodopa With or Without Carbidopa

If levodopa is used in combination with other drugs, it may cause psychiatric and mental side effects such as:

The side effects are very rare but may be severe. They include:

More from FindATopDoc on Antidepressants 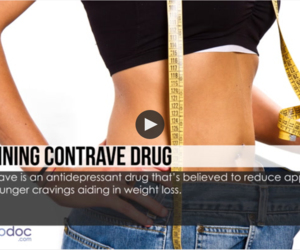 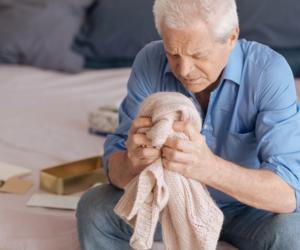 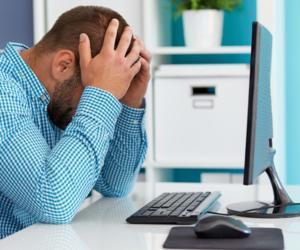 How do antidepressants affect the brain?