Fungi are known to thrive in the human body, making their homes in moist areas where skin surfaces meet. The most common areas of the human body that are susceptible to fungal attacks are found in between the toes, in the genital area, and under the breasts.

How do I get rid of a fungal infection on my scalp?

Fungal infections affecting a certain part of the body can also lead to the appearance of rashes. These rashes are allergic reactions from the fungi and may not be as a result of touching the infected areas. Fungal infections are largely characterized by a red, irritated, or scaly rash in the commonly affected areas. Hence, a diagnosis based on its appearance can be easily made by healthcare providers. In cases when a detailed diagnosis needs to be performed to confirm the type of fungi, the diagnosis is carried out by scraping a small amount of the inflamed skin for a culture examination.

What are the most common fungal skin infections?

Some of the most common fungal skin infections include:

Fungal medications are available in various generic names such as econazole, miconazole, terbinafine, fluconazole, and ketoconazole. Depending on the type of fungus and the intensity of the infection, doctors generally prescribe what will best suit the patient to help speed up the recovery.

An important factor to prevent the fungus from repeatedly attacking is to maintain good hygiene levels. Using an antibacterial soap, changing clothes after a game or run, wiping the body dry after a shower, and applying antifungal powders are basic habits that go a long way in keeping fungal skin infections at bay.

Apart from medications, there are a few simple natural remedies that have their proven efficacy in treating fungal infections. They are:

Some of the easiest ways of preventing fungal infections are:

What is wrong with my eye?

How will my nose fungal infection be diagnosed?

Are there home remedies for foot fungus?

More from FindATopDoc on Fungal Infections 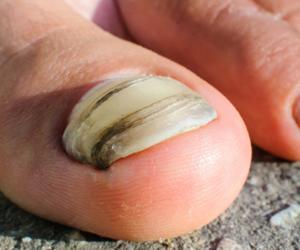 What are the Causes and Symptoms of Nail Fungus?

How do you test for fungal infection in blood?

Can ringworm infection be treated?

I am having frequent bouts of fungal infection in my vaginal region. What should I do?

What Is a Yeast Infection of the Skin?