Men and women, regardless of age, may still acquire celiac disease. However, a number of factors can greatly augment the possibility for a person to acquire it. These factors include being biologically related to someone who has the said disease, as well as having HLA-DQ2 and HLA-DQ8 genes and some autoimmune diseases. In addition to the factors mentioned above, recent studies also showed that having gastrointestinal infections at a young age are also linked to having celiac disease at a later stage in life.

According to Dr. Andreas Beyerlein in a press release published on German Research Center for Environmental Health, the consistent and permanent inflammation caused by gastrointestinal tract results in an increased risk of having celiac disease. This is contrary to the assumption that celiac disease risk is triggered by a bacterial pathogen. Furthermore, the analysis data provided by the Bavarian Association of Statutory Health Insurance Physicians revealed significant findings. The children considered in the analysis had medically attended infections from birth to 8.5 years of age. The data revealed that 853 (0.3%) of these children developed gluten intolerance. The following are some gastrointestinal tract infections that might increase the risk of a person to have celiac disease:

These, on the other hand, are some of the most common infections at a young age that might also be linked to having celiac disease:

Common Cold – This is probably one of the most common among all infections. The symptoms of common colds include a runny nose, nasal congestion, sneezing, coughing, mild sore throat, decreased appetite, headache, tiredness, and usually fever.

Respiratory Syncytial Virus (RSV) – Kids who are 2 years old and below are most susceptible to this virus. RSV is a virus which affects the lungs. Symptoms are usually fairly minor and are often mistaken as a cold. Even so, such a condition can become worse swiftly and may lead to bronchiolitis or pneumonia, especially for infant babies and kids who have a weak immune system, heart problems, or chronic lung ailment.

Roseola – Unlike RSV, Roseola is usually experienced by kids who are two years old and above. The symptoms of this infection are usually so small that in many cases parents overlook them. On the other hand, there are some children that will have symptoms such as congestion, high fever and coughing, and will later experience a rash starting on the chest and spreading.

Gastroenteritis – Also called the stomach bug, this condition is an inflammation of the intestine lining. This is either caused by a virus, bacteria, or parasites. Some of the symptoms of gastroenteritis are abdominal pain, diarrhea, vomiting, headache, fever, and chills.

Hand-Foot-Mouth Disease – This disease is usually prevalent during the summer and fall. It can be transmitted from one child to another through physical contact, coughs, and sneezes. Red blisters on the hands, as well as on the feet are just some of the common indicators.

Fifth Disease or "slapped cheek syndrome" – Kids ages three and lower are most likely to get this disease. This infection causes a rash on the cheeks. Other symptoms don't always show, but fever, runny nose, and a rash on the torso area are the default signs of this infection.

Strep Throat – It is possible for younger children to have strep throat, especially if the older siblings already suffer from this condition. Strep spreads through coughs and sneezes, but it is also possible to get the infection by touching objects that are already contaminated. The major sign is throat pain, which makes swallowing and talking become painful. Fever and abdominal pain are also common.

Influenza – Influenza is a common infection among younger kids. This is characterized by body aches and chills, sore throat, and cough. In some cases, it also involves vomiting and diarrhea. If left untreated, it can lead to serious complications like pneumonia.

Pinkeye – Pinkeye in children is typically caused by a bacterial infection. Professional experts suggest that this needs to be treated with antibiotics.

Pinworms – This infection usually happens when your child, who is already infected by the disease, forms the habit of scratching or touching his or her anus. This allows the parasite’s egg to travel through the digestive system, and then spread eggs around the anus.

What are the symptoms of celiac disease?

There are a variety of symptoms of celiac disease. The most commonly occurring signs and symptoms include:

Among these symptoms, delayed growth, anemia, and weight loss are usually misdiagnosed as malnutrition. This is understandable as malnutrition is a problem, predominantly in children since they need sufficient nutrients for them to grow and develop healthily. If a child isn't meeting growth expectations during development it can be an indicator of celiac disease. For this reason, as what was mentioned in the previous section, recent studies have shown that having gastrointestinal infections at a young age is also linked to having celiac disease at a later stage in life.

However, the symptoms may vary from person to person. One person might experience a mild set of symptoms while others might suffer from severe symptoms. Moreover, some people start to have symptoms of celiac disease at a young age while others experience them later in life.

Because of these differences, it can make the diagnosis of such diseases extremely difficult to make. As a result, about 83% of people with celiac disease are undiagnosed or wrongly diagnosed with other conditions. It is also possible that they develop into further problems like other autoimmune diseases and certain cancers if no treatment and medications are given.

On the other hand, a lot of people fail to discover that they have celiac disease since they don’t experience any symptoms at all. This condition is referred to as asymptomatic celiac disease. Studies have yet to explain why such condition exists. However, such people who do not have symptoms still experience intestinal damage every time they consume gluten.

How can this be diagnosed and treated?

Celiac disease can be diagnosed in two ways. One is simply through blood screening tests which are available in most hospitals and clinical laboratories. The second one is through a definitive biopsy which can only be made by a small bowel biopsy. The biopsy must be done before treatment starts.

With regard to treatment, celiac disease has no known cure yet but can usually be effectively treated and controlled. The key is to stick to a gluten-free diet. This means that every person who has celiac disease must be aware of the food they ingest. It is also recommended that you seek help from dietetic counsel in controlling the diet. Moreover, they must be well-informed to the changes in commercial food products in order to avoid further intestinal damage. 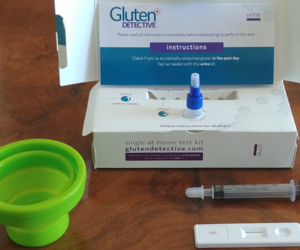 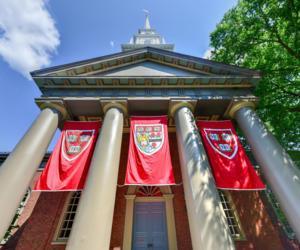 The History of Celiac Disease: Celiac 101

Is gluten the cause of my stomach pain?