Migraine refers to a severe headache experienced in intervals. When you experience migraine, you will also experience other symptoms such as nausea, vomiting, body sickness, high sensitivity to light, sound or smell. Migraine headaches can last for a considerably long time. The headache may last for up to 72hours.
Migraine is a condition that does not have a specific cause. It is mostly brought about by certain triggers in the body. Migraine headache mostly attacks one side of the head although it can be experienced on all sides.The headache is often described as throbbing and pounding. The frequency of migraine headaches differs from person to person. While identifying migraine triggers can reduce the severity and rate of attacks, it may not be a foolproof method to prevent migraine.

There is still no cure for migraines. However, there are medications that help ease the symptoms. Treatment, therefore, is largelydependent upon the level of pain and the frequency of the migraine headache.

Is there a long-term treatment for recurrent migraines?

Treatment for migraine targets to relieving the pain and symptoms caused by the condition.

Pain-relief medication – Also known as abortive treatment, these medicines are to be taken during the migraine attack to ease or stop the symptoms. They usually include over-the-counter or prescription drugs. There is a tendency to get addicted to these drugs so caution must be exercised while taking them.

Here are some of the medicines used.

It is always recommended that you take painkillers early enough after the headache starts. Painkillers are able to relieve the pain and also stop headache if taken early enough.Paracetamols are some of the painkillers that stop the headache if they are taken immediately when the symptoms are detected.
Other pain relievers are ibuprofen or aspirin which relieve minor migraines.
Drugs with a combination of aspirin, acetaminophen and Excedrin migraine (caffeine) may not be very effective especially when the headache has become severe.However, they are good for minor migraine pains. These painkillers can be taken at intervals of 4 hours to stop the pain.

Since migraine is a recurring condition and can last for a very long time of up to 72 hours, patients find themselves using too much of these medicines. This may cause side effects such as headaches due to medication overuse, ulcers and gastrointestinal bleeding.

These types of medicines are sometimes more effective especially when relieving immediate attacks. They help in blocking movement of pain to the brain by constricting blood vessels.
They may include;zolmitriptan (Zomig), eletriotan (Replax), almotriptan (Axert).
These medicines are usually in injection, pills and nasal spray form. They also have side effects such as nausea, dizziness and muscle weakness.

These medicines are not recommended for those at risk of strokes and heart attacks.

These are type of drugs taken to relive migraine but more especially nausea symptoms caused by the condition. These medications are usually taken together with other migraine medications. A doctor is most likely going to recommend medications such as prochlorperazine (Compro), chlorpromazine and metoclopramide (Reglan).

This refers to a combination of ergotamine and caffeine drugs such as (Cafergot and Migergot).They are less powerful than triptans.Ergots work more efficiently when taken some times after symptoms have started to show. People experiencing migraines for periods longer than 48hours should take ergots.
They also have their side effects such as overuse headaches, increase in nausea in addition to vomiting.

These are mostly used by people who are unable to use ergots or triptans.These are opioid medications such as codeine which contain narcotics. The side effects of these medications is that they are addictive hence recommended only if it is the last option.

They may include dexamethasone and prednisone. They should not be used regularly due to their side effects. They help in relieving migraine pain.

Preventive medication – These drugs are taken regularly, often daily, to reduce the intensity and occurrence of the headaches. This form of treatment is usually considered when

-      one suffers from at least one attack a week

-      attacks are long and excruciating

Here are some of the commonly used medications.

Cardiovascular drugs – Beta blockers, commonly used to treat high blood pressure and coronary heart disease, such as propranolol (Inderal LA, Innopran XL, others), metoprololtartate (Lopressor) and timolol (Betimol) have been known to be effective in reducing the intensity of migrane attacks. However, the drug works over time and improvements are seen on regular use.

Antidepressants–Tricyclic antidepressants like Amitriptyline have been seen to be effective in reducing the frequency of migraines. These drugs can cause averse side effects such as drowsiness, constipation and weight gain.

Anti-seizure drugs – Anti-seizure drugs like Topiramate (Topamax) seem to reduce the frequency of migraines however in high doses may cause side effects like diarrhea.weight loss, concentration difficulties and nausea.

OnabotulinumtoxinA (Botox) – It has been seen to be helpful in the treatment of chronic migraines. The most common side effects are neck pain and headache. It is given in the form of injections.

There are several medicines that can be used to relieve symptoms brought by migraine.However, these medicines should always be used with care or following doctor’s prescription to avoid side effects. Almost every medication used to treat migraine has its own side effect.

Most times the drugs used to cure one problem may lead to umpteen other health concerns so be aware and alert to any form of discomfort when taking medication.

These medicines also work differently in different people. This is why it is necessary to always visit a doctor for advice on how to use them. Some of them if used wrongly can increase the symptoms caused by migraine or even become addictive.

What could be causing my migraines?

Why is my 6-year-old getting migraines?

Can osteopathic manipulative treatment be effective...

Chronic migraines in children. Is it serious? 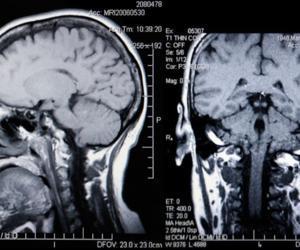 If I Have Recurring Migraines, Who Should I Call? 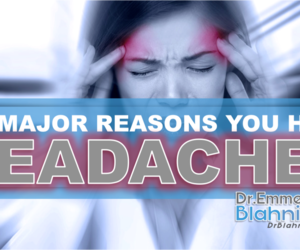 5 Reasons for Headaches and Migraines

What does naturopathic medicine include?