Atelectasis refers to the partial or complete collapse of a lung or its lobe. It develops when alveoli i.e. tiny sacs of air present in the lung deflates. It is a type of respiratory or breathing complication that takes place after a surgical process. The problem of lung collapse is a possible complication of various respiratory problems. Some of the issues that can lead to lung collapse are: 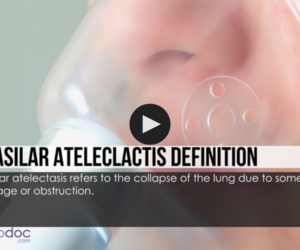 The actual amount of lung tissues involved in the lung collapse varies according to the particular cause. The problem of atelectasis makes breathing very difficult and reduces oxygen notably when lung or lobe disease is present already.

Atelectasis may be caused from the blocked airway or pressure exerted from an outer portion of the lung. Almost every person, who underwent surgery of any type, may deal with the problem because of anesthesia. This is because the anesthesia changes the regular breathing pattern and the way of absorbing pressures and gases. This may combine to create a degree of tiny air sacs collapsing in the lungs. Mainly, the problem becomes prominent after a person experiences a heart bypass surgery.

Obstructive type of atelectasis would take place because of following reasons:

Mucous accumulation in the airways, which take place at the time of or after the surgical process, as one cannot cough, is a prime reason behind obstructive lung collapse. Drugs given at the date of surgery create less inflation in the lungs than usual ones, which create healthy secretions within airways. Suctioning of the lungs at the date of surgery allows clearing away various secretions, but they would continue to create afterwards. Mucus plugs are common in kids, people suffering from the problem of cystic fibrosis, and individuals suffering from severe asthma problems.

Atelectasis is common among children who inhaled any object, such as a small toy or peanut, within their lungs.

Chronic infections, like tuberculosis, fungal infections, and many other conditions can constrict and scar most of the airways.

Abnormal growth of a tumor in the airways may cause narrowing of the airway.

This only occurs if there is a significant bleeding in the lungs which cannot be coughed out.

Potential causes of Non-Obstructive atelectasis are:

Chest trauma or injury, due to falling or a car accident, can cause an individual to avoid taking deeper breaths (because of pain). This can result in compression of the lungs.

Pleural Effusion is an accumulation of fluid in between the pleura, or tissues, which line human lungs and the inner portion of one’s chest wall.

Leakage of air within the space between the chest wall and lungs indirectly cause some parts or the entire lung to collapse.

Various types of pneumonia, which is an infection of the lungs, can temporarily be a cause for atelectasis.

Scarring of Tissues in Lungs

Scarring can be caused by lung disease, injury, or surgery. In rare cases such as this, the atelectasis is minor when compared to the damage that occurs to the lung tissue due to the scarring.

A tumor, that is large in size, can press up against the lung and cause the organ to deflate as opposed to causing blockage of the air passages.

How Do Lungs Collapse?

All factors and conditions which prevent coughing and deep breathing may create the problem of atelectasis. Most of the time, when a person takes a deep breath, the bottom or base and back portion of the lungs initially fills with air. However, if you opt to take shallow breaths or use a ventilator, the air fails to find its way to air sacs present at the bottom portion of the lungs and thereby, results in improper inflation of the air sacs. Atelectasis problem becomes very common in people after they undergo a surgery. Medicine consumed at the time of surgical procedure, or anesthesia given by doctors to make you sleep, would stop or reduce regular effort to take breath and urge towards coughing. Sometimes, after abdominal surgery or chest treatment, pain may prevent you from taking deep breaths. This results in improper inflation or collapse of a lobe or your lung.

The pressure exerted on the outer portion of the lungs may also create difficulties in taking deep breaths. Scores of factors may result in pressure on the outer side of the lungs. Examples, in this case, are tight casting of a body, tumor, a deformity of human bone, or fluid buildup in between the lungs and ribs. Lung conditions, and related medical disorders, may also have a profound effect on the breathing ability. Clear mucus or a cough from the lungs can also cause atelectasis.

The main objective behind treatment of lungs collapse is to expand it again. If fluid exerts pressure on lungs, fluid removal would obviously allow expansion of the lung. Hence, doctors apply the following necessary treatments to the problem of lungs collapse. 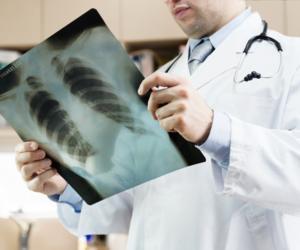 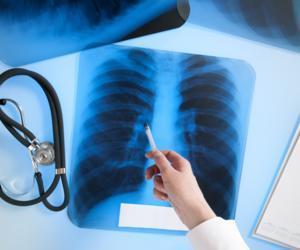