There are different types of memory related illnesses, something that many people know all too well unfortunately. Author and former newspaper editor Greg O’ Brien is one of them. He has spoken out about his experience with Alzheimer’s disease and how it has certainly impacted his life and those around him. O'Brien has also talked about what it can do to those who are going through it at different stages. He also has written on it in his book On Pluto: Inside the Mind of Alzheimer's.

He discusses what it makes him feel like and talks about the rage and other emotions that have gotten to him over the course of the time he has been facing this diseases. There are also times where he mentions that he has lashed out at those who he cares for the most, something that has caused him great shame. He has mentioned that he loves his wife and son more than anything, but has trouble remembering certain things.

How to help a family member with dementia?

In the discussion that he has had openly, he also goes on to talk about how he has lashed out at random strangers, too. His honesty and openness is something that could be helpful to those looking for real experiences that can assist them in helping themselves or a loved one transition. He also has went on to talk about just how he has been filled with terror at times when he realizes what he has done to those around him. There is a sense of shame and a scared feeling that overcomes him, the emotions varying at times according to one report. There are times where he has lost his temper and has gotten violent with those around him, even those who he cares most about.

This is something that just O’Brien is facing and can be something that affects anyone at any stage during  dementia and Alzheimer’s disease.  He knows that there are times that his children are unable to understand just what he is feeling. He is also aware that it is something his family is watching him go through, which is not easy on either party. In fact, his words on this matter were posted in Psychology Today.

This has allowed some people to look inside the world of dementia and Alzheimer’s patients. This is to encourage those who are able and willing to share stories that might help others not feel so alone in their journey with this disease. There are different emotions that can come into play for those with any stage of memory-related illnesses. Although there are times that O’Brien does better than others, he wants those reading his story to know that they are not going through it alone.
There are times when he talks about losing an item and acting differently than he ever had before. After losing his cell phone, he could hear it ring when called, but the disease made it to where he could not understand just what was causing that sound and where it was coming from and what he had been looking for. This feeling of helplessness that came along with being unable to find out where it was coming from and what sound it actually was left him feeling devastated, and it was just one of many events.

As with many of those that have faced this disease, it can take a toll on those who are looking after those with the disease. Family and friends, perhaps who play a double role, also feel the effects of this disease in some way or form. This is not nearly as stressful as the plight of those who are facing this disease, but those who have a memory-related illness deserve someone who will understand and respect their needs.

There are different ways that this can be achieved, but looking for stories that are inspiring and offer up real emotions as well is something that is very important to remember and to keep in consideration. Overall, this is something that O’Brien wishes to express to those who are reading his story. His wife understands just what this memory related illness can bring, meaning that she has also been a caretaker for him in his time of need. Having a support system is very important, as are trusted individuals that can help a person throughout the different stages of a memory related disease.

Even though his wife is going through a lot, she is there to comfort him. Having a support system that is understanding and as patient as one needs them to be is something that is a must for those who want to face this disease in the best way possible. By 2025, the numbers for dementia and Alzheimer’s disease is expected to rise. This is something that researchers and scientists alike are looking at. This disease is believed to be genetic, although researchers and scientists are looking into how food intake and the surrounding environment can play a part in dementia and Alzheimer’s, including numerous other memory-related issues.  Since this can also cause mood swings and other issues that may arise, this disease and those like it can cause plenty of issues that affect both the patient and the caretaker in different ways.

There are no known cures for dementia and Alzheimer’s disease at the moment, but as with all types of memory related illnesses, this something that is being researched heavily. There are foods that should be considered for a healthy part of a diet to assist in bettering and preventing the disease. A diet that is rich in vegetables can lead to a better life overall, and might even prevent against these memory related disease.

Nuts are also a great source and have been shown to help with different types. Nuts are a great way to assist in various parts of a diet. They can lower heart disease and even assist in lowering bad cholesterol. Eating nuts five times a week, as suggested by different sources, has also been shown to lower the risk of these diseases. Peanut butter can also be a great way for those who are lacking in the protein department to have an easy and affordable meal that will be lasting.

For those who can no longer chew meats or have an aversion to them, beans and peanut butter are some great options for protein. There are 8 g of protein in just two tablespoons of peanut butter. Although it has more calories than some other options, these are not bad calories! In fact, the fat that comes from peanut butter is a good fat. Look for natural brands that are packed with nutrients and vitamins. Peanut butter contains monosaturated fat, which can help with a healthier weight and health benefits compared to other high protein foods. Those with blood pressure issues might also find it helpful for their health problems, since peanut butter is known to assist in lowering blood pressure.

Not only is it beneficial for preventing Alzheimer’s, but it can also be a great source of nutrition for those who have dementia and other related illnesses affecting the memory. Having a healthy diet is just one way to help in managing Alzheimer’s. Like O’Brien and those like him facing the disease, there are ways to cope with it, from going to support groups to understanding healthcare professionals.

Childhood Alzheimer's: Understanding the Science Behind... 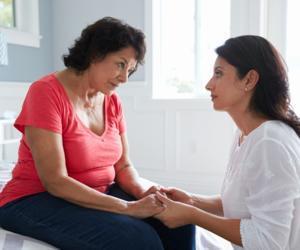 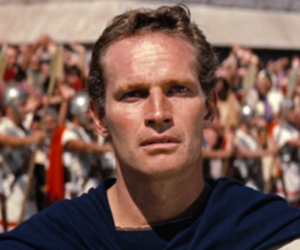 Why does my mom hear sounds that don't actually exist?

The 10 Best States for People with Alzheimer's Disease