Jarek Larivee was diagnosed with cystic fibrosis when he was born, but he doesn't let that get in the way of his passion - bodybuilding. Now, he's combining his passion with his diagnosis to raise money for others going through the same thing.

Jarek's recent event raised just shy of $1500, and he donated this money at a Cystic Fibrosis Walk a couple of weeks after. 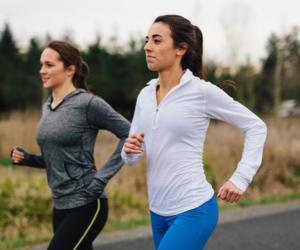 Weight lifting is an extremely strenuous exercise that very few people can complete successfully. However, this difficulty is exponentially amplified for someone who has cystic fibrosis. However, Jarek refuses to let that get in his way. The Vermont native is determined to show the world just how much talent he has, regardless of being diagnosed with cystic fibrosis at birth.

Jarek is no stranger to athletics, as he has been a part of them for practically all of his life. A natural born athlete, he played a variety of sports in both his high school and college career. After he graduated, he didn't have the same access to team and club sports like those organized in school, but he knew he did not want to give up on the activities that made him so happy; so, he found a new hobby.

Jarek explained how he landed upon bodybuilding as, "I started getting into competing and bodybuilding two years ago, getting serious about it, and then I did a couple competitions for real, or like took it more seriously I guess, this past fall." Never in this process did he think that he wouldn't be able to do it due to his cystic fibrosis. He applied himself to the sport, just as he had in previous sports during high school and college, and experienced continued success via his determination.

Of course, bodybuilding isn't the only heavy lifting Jarek is responsible for. Many might think it would be impossible to be successful at such a sport while suffering from cystic fibrosis because the chronic disease affects the respiratory and digestive systems.

Body building requires intense dieting habits, which can be very difficult for cystic fibrosis patients. It can be hard to gain or even maintain weight with cystic fibrosis, making bodybuilding a particular challenge. Before eating, enzymes must be consumed in order for the body to be able to properly absorb the vitamins and nutrients within the food. Therefore, on top of his training regimen, Jarek has to be very careful that he is constantly monitoring his intake of food and enzymes. If he doesn't eat enough, then his weight will quickly drop as he burns so many calories with his sport. This could, in turn, be detrimental to his health, as cystic fibrosis patients must maintain a healthy weight. Jared perseveres, though, and is dedicated to his craft, even with the additional burdens his disease puts on him.

However, Jarek refuses to fit the stereotype of a helpless victim of cystic fibrosis. He is determined to overcome it, and explains how he fights these misconceptions based on his conditions, "When they find out, 'Oh you have CF? I know this person who has CF and they don't look like you, so it's kind of...it's like, 'yeah, I do, but I don't let it, you know, I don't let it phase me. I just kind of...keep going." With this attitude, there is nothing Jarek can't take on. He is unwilling to listen to those who tell him that he can't be a bodybuilder due to his condition. Without hesitation, he simply proves them wrong.

Obviously to be a bodybuilder one needs to be extremely fit, so Jarek is in quite impressive physical shape. However, he has something else helping him out as well. Approximately two years ago, Jarek began treatment of an innovative drug designated for those with cystic fibrosis called Orkambi.

Jarek's doctor, Dr. Thomas Lahiri, who is the Director of the Cystic Fibrosis Center at the University of Vermont, specified that the drug Orkambi cannot be used by all cystic fibrosis patients, but only those who possess two copies of a specific type of gene mutation.

Lahiri explained, "it does get the biggest group of patients in, but now there's trials trying to look at is there a drug combination for even just one copy of that most common mutation?"

However, Jarek mentioned that he personally did not believe he had observed an altering or noticeable difference in his health. His doctor stated that that isn't a problem, though it might seem like one. He said, "fortunately that might be because they are pretty healthy already and we want to keep them that way."

Jarek is clearly doing a great job for himself with his cystic fibrosis, but he doesn't want it to stop there. He decided to brainstorm in order to find a way that he could impact other cystic fibrosis patients positively as well. However, he didn't want to hold just any fundraiser. He wanted to make it personal to his journey, and his passions, so he decided to create a "Lift for CF" day that took place at the beginning of this month. It was held at Lift VT, and raised both significant funds and awareness for cystic fibrosis. The event was a great success.

Jarek isn't impervious to wondering what his life would be like if he could live it without cystic fibrosis, though, and he mentioned, "Something I always think about; I could be bigger, I could be better, if I didn't have CF, but I think that's just what keeps me pushing harder. Fitness definitely saved my life, or is saving my life, helping me prolong my life."

Sophie is also dedicated to fitness and has run marathons and climbed Mount Kilimanjaro despite her condition. Doctors originally informed her parents that she would likely not live past her teens, but she has proven them wrong at the age of 26. She, like Jarek, is dedicated to inspiring others throughout her fitness journey and raising awareness for cystic fibrosis through her many athletic accolades.

Lynsey Ball is also a high school student struggling with cystic fibrosis, but turns to sports to find her happiness. A three-sport athlete, she is always active and on the go, despite her condition. Again, she does not let anything, especially her condition, get her down. From her bubbly personality to her superstar abilities on the field, no one would think she is any less able than anyone without cystic fibrosis.

These three young cystic fibrosis patients and athletes are an inspiration not only to other survivors, but to the population at large. Despite having to take enzymes and eat sometimes double the average amount of food just to maintain their weight, use breathing mechanisms, and take extreme numbers of pills a day, they are showing that nothing can stop you from achieving your dream if you are determined. These three survivors are proving every day that cystic fibrosis patients exhibit incredible amounts of strength. 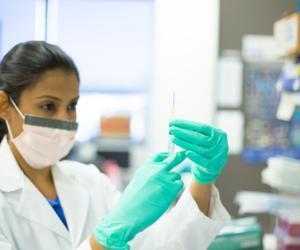 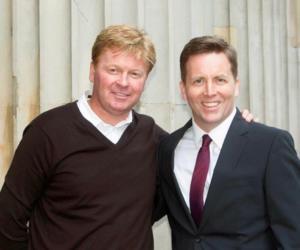 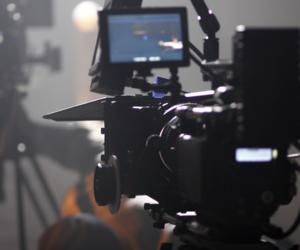