As a girl, Lauren Lee lived the life of her dreams. She was a Junior at Kent State University who was able to do what she loved: Journalism. She was at the top of her classes and seemed to have it all, that is until September 2001 when she suffered from an unexplainable condition. She was confused, concerned, and at some point felt tormented. After a few weeks, she found herself trying to catch up in all her classes. Anxiety consumed her, and she seemed lost in space.

“Dear Lupus, I Want Me Back”- Lauren Lee

Lauren Lee, an associate producer at CNN, was diagnosed with Systemic Lupus Erythematosus (SLE) at the age of 31. This was ten years after a series of misunderstood symptoms and incorrect diagnosis. At 33, she’s also received a diagnosis of fibromyalgia, a condition affecting the muscles and soft tissues. Now, she is married, has a daughter, and is working her dream job at CNN. 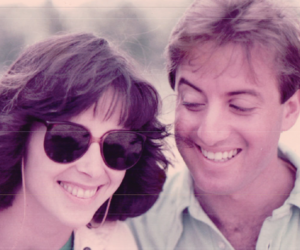 Before Lauren had her official lupus diagnosis, she was misdiagnosed several times and took multiple testing and treatments. At some point, it was leukemia and she was treated with steroids. At another, the diagnosis was thoracic outlet syndrome and then sarcoidosis. After the lupus diagnosis came, she had to undergo a roller coaster of treatments to manage her symptoms. The disease has deeply affected her career since her very first year at work. It was challenging for her to find a balance between her professional, personal, and health struggles.

Throughout these years, lupus has followed Lauren. Despite her satisfaction in the many other areas of her life, she couldn’t seem to fully embrace every moment because of her condition. The disease was so real, but she had to put on a brave face for her daughter, husband, and all others who were in the same battle. Currently, Lauren is being managed by a team of doctors and a rheumatologist to help her deal with the condition.

Lauren’s battle with lupus was made public through CNN to educate people of what lupus patients undergo with the disease. After interviewing Nick Cannon, who is also a celebrity lupus patient, she decided to publicly share her story. She saw her position at CNN as a window of opportunity to spread awareness and to connect with others who are in the same fight. Being aware of what lupus brings, Lauren hopes to share with other patients some ways of managing their disease and how to push through life, regardless of their situation.

Lauren Lee can no longer travel with friends as much as she did. She can no longer play with her daughter out in the sun. She can no longer jog four miles a day because she is weaker and easily gets tired and sick. In fact, many things in her life have changed. Nevertheless, Lauren is determined to create a better tomorrow through research and education. While doctors and experts alike are finding better ways to help their patients, Lauren knows battling lupus requires everyone’s help and attention.

To keep the body healthy, the immune system attacks dangerous bacteria and infections that get into the body. In some cases, however, it becomes hyperactive and attacks healthy tissues, therefore damaging organs or other parts of the body. These may include the kidneys, heart, lungs, skin, brain, blood vessels, and joints.

There is a number of known autoimmune diseases. The most common among them is Systemic Lupus Erythematosus (SLE). It is so common that some people immediately think of lupus when actually referring to SLE. The one common denominator among its types remains the same; the cause of the disease is still out in hiding.

The Lupus Foundation of America estimates that there are at least 1.5 million Americans diagnosed with lupus. The number could be much higher since there are undiagnosed cases due to the lack of large-scale studies on the disease. Every year, 16, 000 new cases are found across the country. The patients are typically women between the ages 15-44, although some men and teenagers can also contract the disease.

The symptoms of SLE vary from person to person, making it harder to diagnose the disease early on. Regardless, it was found that lupus is most active in the first year after diagnosis, especially to those who are under the age of 40. Treatment for SLE also varies but most will require an indefinite treatment of hydroxychloroquine.

Regardless of the complications, the female patients can still get pregnant and have a healthy baby, especially if they receive proper treatment early on. The outcome is also improved if they do not have serious kidney or heart problems. However, extra caution is to be taken because SLE antibodies increase the risk of miscarriage.

For anyone living with lupus, it is of high importance to visit the doctor immediately after symptoms develop. Since each case is different, the doctor will tailor-fit the treatment to your condition and needs. Battling the disease alone can be challenging. Therefore, one should reach out to the support groups available in each one’s vicinity. Having a trained counselor can also help in reducing stress, maintaining a positive mindset in addition to helping you cope with the disease.

Treatments and medications for lupus patients

Currently, there is no known cure for SLE, but there are various medications and treatments that could aid in alleviating the symptoms:

Governments and nonprofit organizations like the Lupus Foundation of America are currently conducting various research efforts to find a cure for lupus. Among the most recent developments include the results of Atacicept research study. This new treatment works by reducing the levels of plasma cells, B cells, and serum immunoglobulin, which all relates to the lupus disease activity.

The most recent clinical trial investigation shows that Atacicept can potentially help to reduce lupus disease activity. This is especially true for those who have high levels of disease activity. Therefore, the treatment shows promise in curing lupus. Although it has not met its endpoint yet, the findings show that the Anticicept clinical trials are to be warranted.

Lauren Lee’s life was turned upside down after being struck with lupus. Several things in her life had to be given up to give more focus to her health. As a wife and a mother, she hopes to create a better tomorrow for those people who are also battling the disease. Now, she’s using her voice and influence as a CNN producer to hopefully raise more awareness and gain support to fight the incurable condition. The battle is far from over, but Lauren and those fighting with her are positive that a life free from lupus can be achieved in the near future.

How to Enjoy Summer Despite Having Lupus 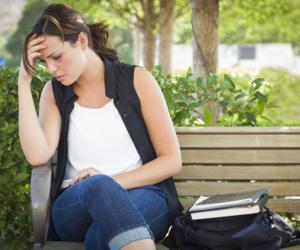 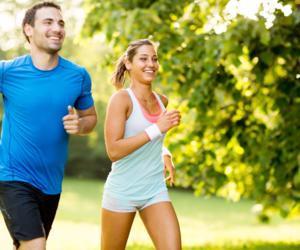 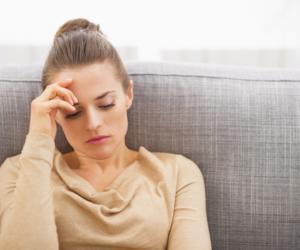 What is Lupus Nephritis?