COPD is a chronic lung condition that makes it difficult for you to breathe. Know about the signs and symptoms of chronic obstructive pulmonary disease (COPD), Blue Bloater and Pink puffer do not develop until the later stages of this disease. COPD is a term used to describe progressive lung diseases including emphysema, chronic bronchitis, refractory asthma and some forms of bronchiectasis. 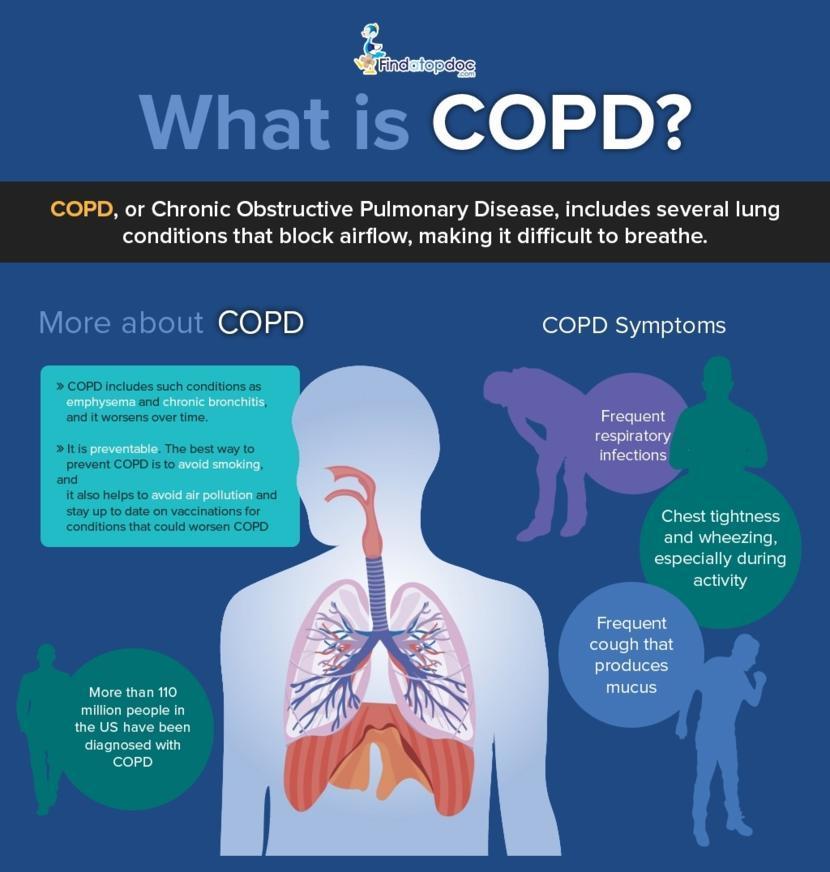 Is breo ellipta effective and safe to take for COPD

Patients with COPD are asymptomatic in the early stages of the disease. However, as time passes and significant lung damage has occurred, patients develop a large spectrum of symptoms. The two types of COPD are type A (emphysema) and type B (chronic bronchitis). The symptoms will worsen over time, especially if the individual is exposed to cigarette smoke.

Although chronic bronchitis (blue bloater) and emphysema (pink puffer) frequently co-exist rarely, features of one type may be predominant.

Many people mistake their coughing and difficulty in breathing as signs of normal aging do not notice the bigger problem it may pose to their health if these signs are further ignored.  The symptoms of COPD are not easily noticeable in the initial stages. One notices the symptoms in the more advanced stages of the disease.

Early screening helps to identify COPD before it affects the functioning of the lungs.

Difficulty in breathing or feeling breathless

These patients usually have a present chronic cough that produces very little mucoid sputum. Moreover, they have a long history of exertional dyspnea (shortness of breath with physical activity). With this disease, patients may have difficulty breathing doing small activities, such as getting dressed. Wheezing, a whistling within the chest, is another symptom of type A. Wheezing is often accompanied by tightness of the chest.

Type A patients are often found hunched over to improve quality of breathing. Their mouthes are normally open and nostrils then become dilated to overcome ventilator difficulty. Due to ventilator difficulty, their ventilator rate is increased (puffers) to somehow maintain their oxygenation of the blood (pink). Therefore, patients with type A COPD are sometimes known as “pink puffers”.

In examinations of a patients with type A COPD, they often appeared to be distressed, had significant weight loss, and used accessory muscles for respiration. Tachypnea and prolonged expiration through pursed lip breathing is a feature of these patients.

In a nutshell, the signs and symptoms of emphysema are:

Emphysema results from destruction of the airways to the terminal bronchiole. It also includes the gradual destruction of the pulmonary capillary bed. This results to decreased inability to oxygenate the blood. This results to less ventilation, less surface area for gas exchange. Because of low cardiac output, people facing this issue develop muscle wasting and weight loss. They actually have less hypoxemia thus start to appear as “pink” hence the name “pink puffer”. Some of the pink appearance may just be because of the work the individual puts up into just taking a breath. 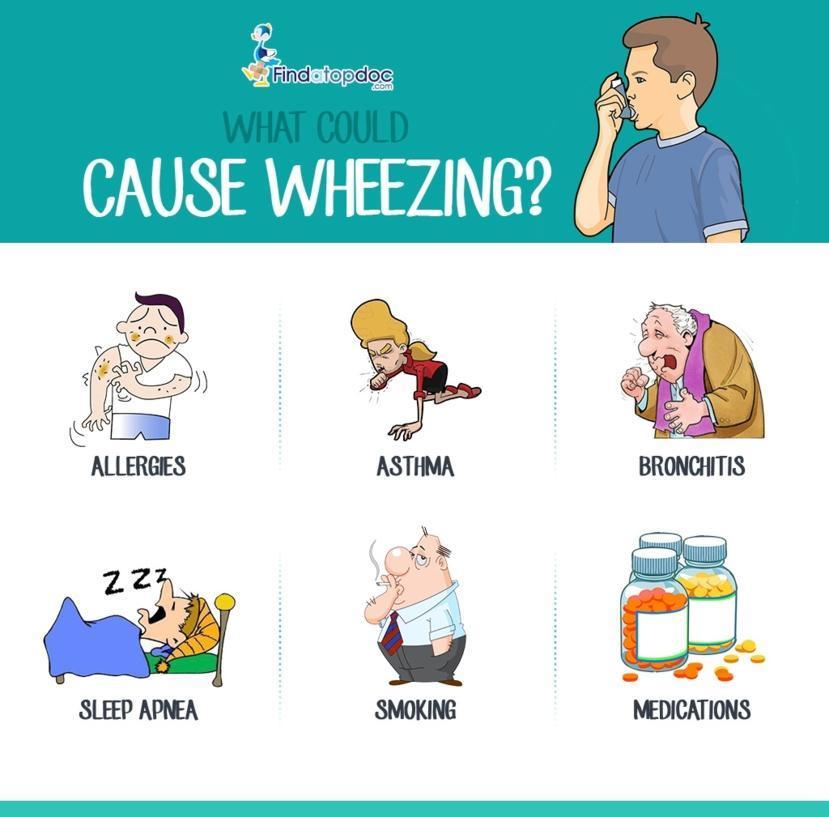 Patients with chronic bronchitis have a chronic cough for at least three months, and they produce large amounts of sputum. This is one of the first signs of COPD. Coughing is a reflex that initiates to remove the excess mucous that is stuck in your air passages that make it difficult to breathe. Although all individuals experience coughing, a chronic cough indicates that your lungs are not functioning properly. A large amount of sputum is produced to trap the particles and other noxious agents found in cigarette smoke. Therefore, large amounts of sputum will be coughed up by patients with chronic bronchitis.

Patients also develop pulmonary hypertension caused by the marked changes in the lung tissues. This makes the heart pump harder to compensate for the high pressure in the lungs, to supply blood to the lungs, and can eventually lead heart failure. Peripheral edema (bloater) due to heart failure is a predominant feature. Therefore, patients with type B COPD are known as “Blue Bloaters”.

In a nutshell, the features of chronic bronchitis include:

People with COPD are more likely to develop recurrent lung infections that cause acute exacerbations of this disease. During these episodes, an individual's symptoms become worse than before, and usually persist for several days. It is vital that you consult with your doctor to manage these flare ups as soon as possible. Severe and worsening exacerbations can be fatal if untreated.

Smoking – COPD occurs mostly to individuals of age 40 and above with a history of smoking. These may be individuals who are currently smoking or were smoking earlier.

Environmental factors – Individuals who are exposed to harmful pollutants at their workplace for longer duration are at risk of COPD. Second hand smoke or other lung irritants at home such as organic fuel may also cause COPD among individuals.

Genetic Factor – Even if a person has never smoked or been exposed to irritant pollutants, they can still develop COPD. Antitrypsin deficiency is one of the common genetic factor for emphysema2.

COPD gets worse over the course of time. This damage cannot be reversed back however you can take steps to prevent further damage to your lungs.

A person may develop COPD but not notice the signs or symptoms until it is at a more developing stage. Hence it’s important to check with your doctor and ask for a breathing test to be carried out if you are a smoker whether current or former, or being exposed to harmful lung irritants or have a family history of COPD.

The breathing test or spirometry test measures how well an individual’s lungs are functioning. It is a very simple and easy test that can diagnose COPD. Spirometry is simple and non-invasive test to identify COPD in a person. You will be asked to blow all the air out of your lungs into a mouthpiece connected to a machine which is known as spirometer. The machine will then calculate two numbers: firstly, the amount of air blown out in the first second and the amount of air you blow out in six seconds or more. This test also lets your doctor identify the severity of COPD in an individual.

Apart from spirometer the doctor will:

When should an individual get tested for COPD –

The doctor would prescribe certain treatments that will help ease your symptoms and make you feel better:

Bronchodilator – they relax muscles around the airways which makes breathing easier. They are often delivered via nebulizer or inhalers so the medicines go straight in your lungs. Few of the bronchodilator can be swallowed as pill. Short and long acting bronchodilator work in different ways.

Anti-inflammatory medicines – Corticosteroids or steroids are few medicines which reduce inflammation.  However, steroids have side effects such as weight gain, diabetes, cataracts etc.

The doctor may also prescribe certain antibiotics or vaccinations if required.

Smaller activities in our day to day life can also help manage the illness and its symptoms:

The Top 3 Myths About the Development of COPD

How can I Reduce the Risk of COPD?

When can I start respiratory therapy for my COPD?

Is it possible to reverse COPD? 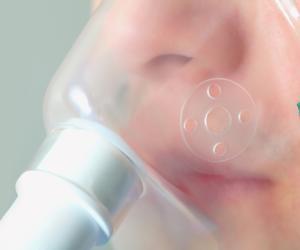 Pink Puffer and Blue Bloater: What Are They? 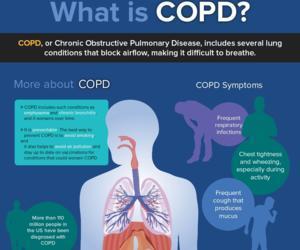 Is combination therapy recommended for COPD?

What Are the Causes and Symptoms of COPD?

COPD: Can Obesity Make it Worse?