What is genital wart?

As mentioned earlier, Genital Warts are commonly caused by human papilloma virus. These viruses are transmitted through skin to skin contact. Any sexually active person is at a risk of getting infection. The American Academy of Dermatology (AAD) claims that nearly half of people who indulge in sex have had some type of papilloma virus infection.

How can I get screened for genital herpes?

Being an STD, Genital Warts is certainly one of the most critical conditions, not only because it affects the person physically, but because it also takes a huge toll on his emotional and mental well being. Especially for women, the additional factors such as menses and hormonal fluctuations can reactivate the dormant HPV present in the body. Therefore, they often feel quite insecure when it comes to their femininity and fertility. Talking about pregnancy, there is a common misconception that the genital warts can make a person sterile.

Although the presence of human papilloma virus (HPV) by itself doesn’t affect your ability to get pregnant, it can cause other problems that may lead to infertility, if left untreated. In some cases, having HPV can increase your risk of developing precancerous or cancerous cells in your cervix. This could make you infertile or affect your ability to carry a baby to term. So the genital wart should be treated as early as possible after detection of the disease on one's body. The treatment for this is usually carried out through processes like burning (electrocautery), freezing (using liquid nitrogen) or bio spying. Depending on the number of warts removed and their location, the recovery period may vary between 2 to 4 weeks. If a large area of tissue is burned, the healing time may extend further. It’s advised to avoid sexual intercourse until the area heals. Sometimes the precancerous treatment may cause weakening of the cervix due to the loss of tissues. This may result in developing an incompetent cervix thereby creating trouble in conceiving.

Many of the HPV strains cause warts in the vaginal area and in the cervix. In many cases, these warts are smaller than the human eye can detect, and are harmless. But a few strains of the virus can be harmful because they can damage cervical cells, and subsequently cause cancer.

Changes in the cervix prior to cervical cancer can range from mild to severe. Mild changes generally don’t require treatment. However, in severe cases, your gynecologist may suggest you treatment to remove precancerous cells before they become cancerous. This is done by one of three techniques: cryosurgery (freezing abnormal tissue); biopsy (removing a portion of the cervix); or LEEP (loop electrosurgical excision procedure). These treatments can weaken the women’s cervix. It may inhibit sperm from entering the uterus and fertilizing eggs. It can also hinder the cervical mucus production, which sperms need to survive. If there’s less cervical mucus, sperm can’t live long enough to reach to an egg. Even if an egg is fertilized and the woman becomes pregnant, miscarriage is possible, because the cervix might open before expected time of delivery.

If precancerous cells develop into cervical cancer, you may need a hysterectomy - removal of the uterus – which completely removes the chances of pregnancy. If hysterectomy is not followed, chemotherapy can also stop a woman from ovulating. However, the woman can choose to freeze some of her eggs before starting the cancer treatment, and then use these eggs later on to continue the pregnancy once chemotherapy is over. This can avoid problems with cervical scarring and lack of ovulation.

HPV can also affect the fertility of a man. It may reduce the sperm count and their mobility. This affects the sperm’s ability to fertilize a woman’s egg. Unfortunately, there's no cure for HPV, but HPV vaccine can protect men and women against the strains of virus that most likely lead to cancer. If you get HPV, certain medications can help treat the warts. Treating any pre-cancerous cells as quickly as you can will, obviously, reduce the risk of developing cervical cancer.

If you have HPV and planning to become pregnant, talk to your doctor immediately for any possible concerns.

How to prevent Genital Warts?

Prevention is better than cure. You can prevent genital warts to a great extent if you follow the tips mentioned below.

Gardasil, an HPV vaccine that can protect women and men from the most prevalent HPV strains that cause warts. It can also protect against strains of HPV that have been linked with types of cervical cancer. A vaccine called Cervarix is also available, should Gardasil not be a good choice for you. The ideal period for vaccination is before you become sexually active.

Using condoms are often recommended unless you have the intention of having child. Condom protects you from sexually transmitted diseases in many cases.

3. Limit your number of sexual partners, or if possible, abstain from sex altogether.

Smokers are more prone to genital warts than non smokers. Recurrence of warts is high in the case of smokers.

Some inexpensive home remedies are known for treating genital warts. While there is little evidence to support this statement, you can definitely give them a try after consulting your doctor. Applying oils like tea tree oil or castor oil on warts using a cotton ball is a good choice. Though you experience a burning sensation, applying the affected area with Apple cider vinegar is also an effective method to banish the warts.

What causes bumps to form on one's penis?

14 Home Remedies to Get Rid of Genital Warts

More from FindATopDoc on Genital Warts 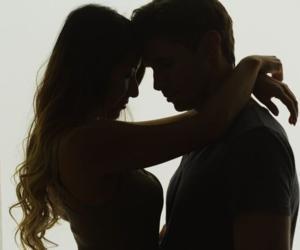 Genital Warts: Is It an STD? 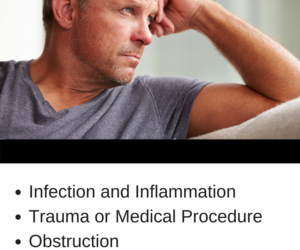 Causes and Symptoms of Blood in Semen 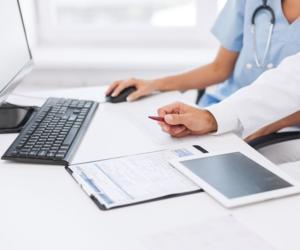 Are There Effective Treatments For Genital Herpes?

Genital Warts: How to Protect Yourself