According to a new study published in the Journal of the American Diabetic Association, food containing polyunsaturated fatty acids (PUFA) may help to prevent gum disease. Periodontitis is the most common type of gum disease in which the gum separates from the teeth, allowing the bacteria to accumulate in the space. If left untreated, periodontitis may lead to bone and tooth loss.

The results of the recent study show that people who have a diet rich in PUFA have a 30% reduced chance of getting gum disease, when compared to people who do not have this type of fat in the diet. Researcher Asghar Z. Naqvi, MPH, MNS, of Beth Israel Deaconess Medical Center in Boston, reported that as per the study, the consumption of omege-3 fatty acids, especially docosahexaenoic acid (DHA) and eicosapentaenoic acid (EPA) is inversely linked to periodontitis. Improving the diet will be a better way to prevent and treat this condition, he adds. Presently, treatment of this dental condition involves mechanical cleaning and application of local antibiotics.

Can a gum infection pass to other parts of the body?

Some of the best sources of PUFA such as DHA and EPA include fatty fish like salmon, nuts, margarine and peanut butter.

Since yesterday I can feel my gums being slightly inflamed....

What can I eat or avoid eating to reduce plaque?

Why are my gums so sore?

What is gingivitis and its risk factors? 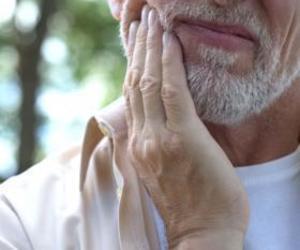 The 3 Biggest Threats to Your Teeth

Can I scrape plaque off my teeth?

Bloody painful gums, what should I do?

My stitches done for gum grafting have become loose. What can I do?

Is gum disease possible in a 3 year old?