Each year, diabetes claims an average of 4.6 million lives. With so many people falling victim and losing their lives to the disease, concerned individuals and families have taken it upon themselves to plea for proper diabetes research funding. This emotional event was held before Congress – the Senate Special Committee on Aging – on July 26 of 2017.

Type 1 diabetics, including more than 160 children, were set to go in a hearing before the congress to plead for the extension of the Special Diabetes Program. If lawmakers fail to act on the program now, it will start to lose funds for diabetes research; hence, the patient's sense of urgency.

Too many diabetes prescriptions?

Star of Netflix’s show “House of Cards,” Paul Sparks, was also present at the hearing. “We are on the cusp of a whole new generation of therapies, devices, and hopefully a cure,” he tells lawmakers, highlighting the need for diabetic research and its benefits to the millions of individuals and families suffering from the disease. The actor was diagnosed with the condition at 28 years old. Thus, Sparks emphasized the need for renewing the program before it even expires in September.

Sparks also recounts his own personal experiences suffering from the disease and how he came to realize how important diabetic research and medical technologies were. One such story was when he turned off his beeping glucose monitor in order for his wife– then-pregnant– to sleep in peace. Instead, he woke up with a distraught wife beside him and critically low blood sugar levels.

What is the Special Diabetes Program?

Established in the year 1997, the Special Diabetes Program was launched in the hopes of finding a cure for diabetes, a killer condition that places the lives of millions of Americans in jeopardy. Every year, the Special Diabetes Program gives a $150-million budget to fund type 1 diabetes research, as well as prevention and treatment programs held at the National Institutes of Health.

In terms of bicameral support, the program has been historically found to be nothing short of promising. That said, lawmakers were positive that it would receive continued patronage and the funding it needs to extend diabetes research efforts. In her speech, chairwoman Susan Collins states that the progress for the last 20 years in which she co-chaired the diabetes caucus is indeed an encouraging experience. She then added that they would see to it that such progress will continue.

Collins, along with the committee’s prime democrat Senator Bob Casey, acknowledged and admired the group’s letters of support for the Special Diabetes Program.

Among those who brought their testimonies to light were the charitable group– JDRF, who have dedicated their time to promoting diabetes research. The children who came to the hearing were actually part of JDRF’s Children’s Congress.

Mother and 14-year-old son, Angie and Jonathan Platt, came to testify about modern aids that help individuals and families suffering from type 1 diabetes. Back in April 2016, Jonathan participated as a subject in a pediatric trial for a mock pancreas. This artificial device can control and maintain one’s blood sugar to safe levels. Jonathan was able to show lawmakers the said device during the hearing.

Jonathan was able to maintain better blood sugar control by using the device. Moreover, it gives his family the peace of mind that they deserve knowing Jonathan is a step away from getting worse. Jonathan also added that because of the device, he was able to enjoy his hobby like playing basketball. This is a great improvement from his condition before in which he had to stay on the bench for quite some time before getting back into the game.

Families present at the hearing talked about their experiences living with the killer condition and the relentless struggle that comes with it every single day. Patients with diabetes would suffer from mild to harrowing symptoms such as poor vision, unmanageable bodily processes, and organ problems.

Angie Platt made a compelling statement about the ugly reality of the condition. She recounts how her son Jonathan was found to have three dot hemorrhages in June. This was at an eye exam. Platt adds that the Special Diabetes Program is a glimmer of hope for their family. True enough, knowing that the cure for diabetes is underway brought hope to millions, but the chronic disease won’t go away for good if we don’t put in enough research and funding to actually materialize the cure.

Stirring Testimonials of the Youth

Sen. Jeanne Shaheen was among the lawmakers on the panel when she shared with fellow lawmakers and general audience her granddaughter’s plight with type 1 diabetes. She also commended the children and families for sharing their experiences and bringing their strong advocacy to light. She said that the patients of the disease are the perfect advocates. The stories they share and their success in the fighting of the disease is a true inspiration to others.

The esteemed panel, along with those in attendance, also held a brief moment of silence to honor the recently departed Mary Tyler Moore for her longtime crusade against type 1 diabetes. The renowned actress was able to raise public awareness for type 1 diabetes and billions in funds for diabetes research, as well as medical technology advancement. Her efforts in fighting the chronic disease will forever be embedded in the hearts of diabetic patients and survivors.

Sparks talked to The Hill after the hearing and went on to say that he was very heartened by the meeting that took place. He assured the diabetes advocates, the patients, and the patients’ families that the lawmakers are very determined to ensure that the program will continue.

There wasn’t a moment wasted in the hearing. With children and families sharing their personal accounts of the disease, the panel of lawmakers seemed completely moved. There is no update yet whether or not the Special Diabetes Program will continue to live on and help diabetics and their families not just across America but all over the world. However, with the events that took place in the hearing, there’s a great chance that it will.

How is diabetes diagnosed in children? 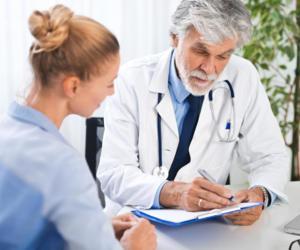 What is Type 1 Diabetes?

What is the prognosis of diabetic eye disease?

When is one recommended insulin injections?