Surgical treatment is the most appropriate option for inborn heart defects, which is not something you can put off.

What is a congenital heart defect (CHD)?

It is combined damage of the heart muscle in which there are structural deformations and anomalies in the inner chamber partitions, as well as the valves and outgoing (incoming) blood vessels. Pathological changes lead to disruption of blood flow to the subsequent development of circulatory failure.

Leaky heart valve discovered in adulthood. Why was...

Usually, heart defects are detected in the first hours after the birth, as the babies might have distinguishing appearance:

These kids are weakened and often suffer from long-lasting illnesses, which greatly exacerbates the defect.

Older children with congenital heart conditions complain of constant weakness and fatigue. Their skin is pale, with a bluish tinge. There are frequent cases of sudden fainting.

A child with heart disease stands out: such kid usually avoids physical load, is inactive, lethargic and listless, and has no appetite.

If your kids have the symptoms listed above, you have to see the cardiologist (a doctor qualified in the heart and vessels problems), who will establish the diagnosis and determine further treatment strategy.

What are the causing factors for CHD?

At birth, an operational duct that connects the aorta with the pulmonary artery does not close and remains open for the blood flow, thus "clean” and "dirty" blood mixes up together. This is one of the most common defects among children and young people (10%). It is more common in women than in men.

The most frustrating complication of this condition is endocarditis, leading to the aggravation of this defect and general body condition. There is only surgical treatment - artificial closure of ductus arteriosus (ligation, intersection). The conservative treatment is carried out only for the complications of the condition.

Coarctation of the aorta

This accounts for 6% to 7% of all cases of congenital heart disease. It's most often seen in men compared to women ratio of 2:1.

The appearance of symptoms is caused by hypertension and insufficient blood supply to the lower limbs. The disease makes itself known between 10 to 20 years of life.

The only radical and effective method is the surgery, which is indicated in all cases of diagnosed coarctation of the aorta. The most optimal time for the operation is the ages between the ages of 8-years-old and 14-years-old, accordingly.

The tetralogy of Fallot

This is the most common defect, and includes four major components:

In most patients, the symptoms appear in the first few weeks of life. In children with mild TF, symptoms may appear much later.

The disease cannot be diagnosed until the child is an infant or become more active. Physical activity is a greater load on the heart, which in turn causes the appearance of symptoms, such as:

In severe cases, there might be a drastic worsening of symptoms, and in such case the oxygen level in the blood falls sharply.

The treatment is only surgical.

Is heart surgery the only way to treat CHD?

Unfortunately, serious cases require heart surgery. Medication can help to cope with complications, but it doesn't solve the problem.

What are my cardiac risks during pregnancy?

What are the signs of identifying a problem with the...

My son has a hole in the heart. What is the treatment...

Don't want to have surgery for enlarged heart--any...

What are the causes of congenital heart diseases? 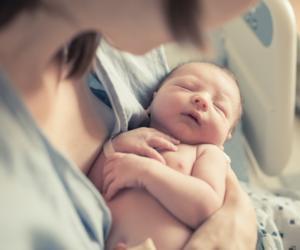 Leaky heart valve discovered in adulthood. Why was it discovered so late?

Who Should You Call if You Have a Congestive Heart Failure?