It takes so much time and energy for someone with cystic fibrosis to just get through daily meds, treatments, and increased caloric intake.

And, on deciding whether to do daily exercise or skip it (for one more day). 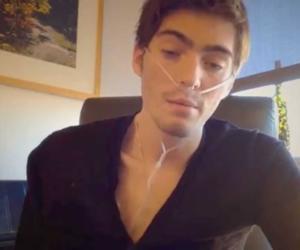 You’re supposed to go out for a family gathering, but you’re so exhausted you may just cancel.

Now, feelings of guilt are added, and you feel stressed out.

On top of that, you’re still “burning” over the sour looks you got yesterday at the post office when you had a coughing fit and the others in line turned away from you as if they were afraid you were spreading germs that would make them ill.

Can they say the same about themselves?

Going out with CF

Your coughing fits may well be the hardest part for you when going out.

Being in public when a coughing fit occurs may be the hardest part of getting out of the house.

As columnist Hannah Buck shares in her November 2, 1972 entry, “I Hope She’s Not Contagious” (from Cystic Fibrosis News Today/CF News), it’s hurtful and embarrassing when others shun you or make crude comments about your coughing.

As Hannah tells it, her boyfriend had dropped her off at the hospital for her admission. He usually stayed with her in such cases, but had other obligations on that particular day.

Hannah was kind of in the dumps about this, as she now had to manually move her wheelchair up to the help desk. It was difficult (and unsanitary) to roll the dirty wheels.

She asked the woman at the desk for help in getting to her room.

At first, the registration clerk was somewhat curt with Hannah but then said to wait; someone would be with her soon.

Hannah again rolled dirty wheels to move back to the open waiting area.

As she sat there, the mask remained on her face. She didn’t want others’ germs to enter her delicate and already sick respiratory system.

She saw a woman approach the desk. Just about then, Hannah felt a coughing fit coming on. The harder she tried to contain it, the more she coughed.

The woman looked at Hannah, whose face mask remained in place, and she said unkind things to the clerk about Hannah’s disruptive coughing, speaking as if Hannah wasn’t even in the room.

The woman apparently assumed Hannah wore the mask to prevent spreading her germs to others.

It never crossed her mind that Hannah wore the mask to prevent getting germs from her (and others in the area).

The woman had no clue that she might be the contagious one.

Overtaken by the combination of events, Hannah said she began to cry. As the woman walked away, she looked back at Hannah, but said nothing.

After the woman departed from the registration desk, the clerk apologized to Hannah for the other woman’s behavior.

Hannah resolved in herself that not all people are unkind; there are good people in the world.

And, in retrospect, Hannah concluded “Your attitude isn’t contagious either, lady.”

Others like Hannah bravely fight their CF that entered their lives without invitation.

And, also like Hannah, they face ridicule (and sometimes downright meanness) from others.

Feeling ridiculed is the case for Erin Evans. In her blog, she writes of “Twelve Things You Might Not Know About People With CF, But Probably Should.” She directly speaks of the coughing predicament: “We hate it when we cough, and strangers look at us like we’re gross/contagious/have the plague. Or when they feel it is their duty to comment on how sick we sound. I’ve been scorned so many times for coughing that I go out of my way to make sure I don’t even look at people when they cough around me. Or if I catch their eye I try to give them a smile and a look that says, “It’s okay, I get it.” (Cystic Fibrosis Lifestyle Foundation)

From an unidentified pre-teen student, we learn of the embarrassment she felt during a math class. She was experiencing an uncontrollable coughing fit when the teacher called out across the classroom to her. "Oh, that sounds really bad,” the teacher said emphasizing the word really. The student tells how “the whole class stopped, went dead silent”. And she relays how she “wondered what her classmates were thinking”, and that she “wanted to leave the room and go and cry.”

Her advice to others was to “not make snide comments or make a fuss,” which calls attention to the coughing person.

Instead, the girl suggested that others respond with dignity and respect for the person, and discretely ask the person if they’re okay.

To help educate others on just what a coughing fit looks like, SaraJean1976 recorded a you-tube demonstration of one of her coughing fits to show others exactly what these ‘fits’ look like. Seeing her difficulty in catching her breath, the racking of her body, and the redness of her face creates a feeling of helplessness for those sympathetic to her plight.

When the episode ends, Sara tells us this fit was a mild one. She also shares that “we (with CF) try to reserve the most serious episodes for the privacy of our own homes, (to avoid having others see/respond to the unsettling occurrence, which is generally misunderstood by others, and who may not be kind in their response, etc.)”

Sara explains that severe coughing spells make it hard to pull in a breath of air during the episode, with gagging and eventual vomiting often occurring.

“There’s nothing like a good old-fashioned pass-out, black-out coughing fit,” she quips.

Humor doesn’t run short for daily vlogger Mary Frey. On her site, “The Frey Life”, she mixes tales of her every-day life with answers to questions from viewers.

Just before the start of this video, Mary had experienced a major coughing fit, had choked, and then thrown up.

She and her husband were on their way from NYC to Massachusetts for a 3-day road trip.

She soon rallied for her daily vlog presentation and for the next leg of the car trip.

Vlog followers had asked Mary what she does when other people see her coughing.

Mary’s response to the question was: “A lot of times they'll give me (judgmental) looks, kinda like ‘you're sick, you shouldn't be out’”. Regarding such people, Mary says, “If they just stare at me I usually don't say anything.”

However, “If they say something like ‘Oh, nasty cough’ or ‘nasty cold”, I tell them about my CF and inform them “I'm not contagious.”

Mary appears to gain great support from her husband in her fight with CF.

Coping with the social challenges of chronic cough

For these folks with CF, through the use of humor, putting a positive spin on life events, standing up for themselves, and sharing with others who support them, they are able to better cope with the social challenges from their chronic coughing.

From this article, have you gained any tips to help increase your coping skills in public regarding your chronic coughing? 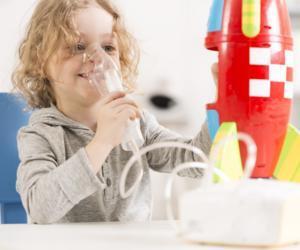 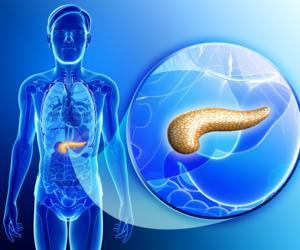 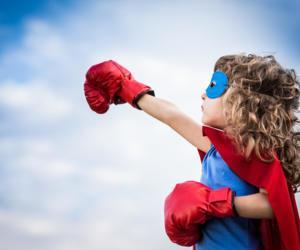 What Does Being a Hero Mean to Someone with Cystic...

Get Involved: Be a Part of the Cystic Fibrosis Patient Registry