The federal government’s health statisticians figure that about one in every 10 Americans take an antidepressant. The National Center for Health Statistics (NCHS) reports that the rate of antidepressant use in the US among teens and adults has increased by 400% from the years 1988 to 1994 to 2005 to 2008, making antidepressants the third most common prescription medication taken by Americans.

Not all individuals with depression require or need medication for treatment. However, patients who have severe depression may need both therapy and prescribed medication to feel better. There are multiple different types of antidepressants that can be prescribed to normalize the naturally released brain chemicals, called neurotransmitters. With the use of antidepressants, the individual can eventually stabilize back to a healthy state.

Are there dating groups for people with anxiety?

SSRIs are used commonly to treat depression, and are typically prescribed first, as they cause fewer side effects compared to other drugs.

These drugs help to improve serotonin and norepinephrine levels in the brain, which promote the reduction of symptoms caused by depression. Certain SNRI drugs work to relieve pain, as most people who suffer from depression experience aches and pain.

NDRIs are one of the few antidepressants that frequently do not have any sexual side effects.

Atypical antidepressants are normally taken in the evening, as it is also used as a sedative and has a low risk for sexual side effects.

MAOIs may only be prescribed if other antidepressants fail to work or diminish the symptoms of depression. However, MAOIs have serious side effects. The administration of MAOIs require a strict diet, as the drugs have a serious and even dangerous effect once combined with certain foods, such as cheese and pickles.

Other medications may be given with antidepressants to enhance its desired effects. Moreover, a physician may try different combinations of antidepressants with other drugs depending on the individual's symptoms and his or her reactions to each drug. One must work closely with a physician and report if there are any changes in his or her mood, behavior, or if he or she experiences physical symptoms.

The doctor will consider several factors when prescribing antidepressants, and decide whether the individual should start a new drug or replace the drug with another one. The treatment of depression is extremely complex, so it is possible that methods of treatment are trial and error.

When is it advised to see a doctor for depression?

How long does psychotherapy take to work for depression? 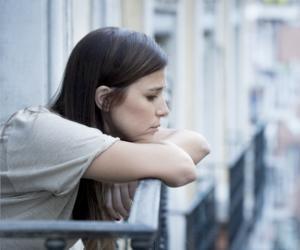 Why Your Antidepressant Is Making You Depressed

Can Fluoxetine cause insomnia?

How common is depression among overweight patients?

How do I manage my depression?