Modern culture puts overwhelming focus on life optimism and leaves little room to talk about the other side and sorrow some people feel. I often ask myself why the freedom to express pain without feeling like you are burdening someone is gone, especially since pain is often a heavily misunderstood concept. If you say that you are in pain, the majority of people will want to know why and what are you suffering from. Pain is explained only by the firm set of causes that produce it. And what happens when you don’t have an answer to what causes your pain, but you are experiencing the pain on a daily basis? How do you explain when your pain slowly ceases to be set of cases and it becomes a lifestyle?

This is a story about that kind of pain, invisible to others but well-known to everyone experiencing it. A veil of mystery still covers every mention of fibromyalgia. For a long time, many people claimed that chronic unidentified pain was nothing more than imagination, and doctors diagnosed it with sayings like “it’s all in your head”, “get over it”, and “be optimistic and it will go away”. And the pain continued to be there - every day regardless of other people acknowledging it or not. Luckily, the situation today is better for fibromyalgia patients. Even though it is still fairly difficult to get diagnosed with fibromyalgia, progress has been made. A big role in this process is made by the ease of access and availability of medical information which allows people experiencing these kinds of pains to recognize their symptoms and ask for help. Many modern studies have proven the existence of fibromyalgia syndrome, so, today in the majority of cases you will not get that “it’s all in your head” type of diagnose. 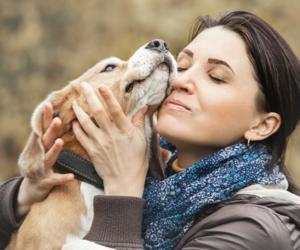 What makes it particularly difficult when it comes to fibromyalgia is that even patients themselves are often confused about whether they are suffering from it or not. Some even begin to wonder what if doctors give a fibromyalgia diagnosis just because they can’t find anything else that is wrong and their pain persists. This is mostly due to the fact that experiencing fibromyalgia symptoms can be a highly subjective notion. For some people, having fibromyalgia is difficult but they still manage to keep their regular life routine. They are going about their days, kids, holidays and jobs, trying to enjoy whatever they can. But then again, there are some for who fibromyalgia is a horrible experience. The intensity of pain completely blocks every aspect of their lives - their careers are ended and they lost energy for things they enjoyed doing before.

When it comes to describing specific details of fibromyalgia pain, a lot can be said. Among the common pain experienced by fibromyalgia patients, few are the most prominent ones. These include an extreme sensitivity to pain, muscle stiffness or spasm, moving pain, swollen joints, chronic fatigue, troubles sleeping and mental problems.

If there would have to be one word to describe fibromyalgia, that would be the pain. The variations of pain that patients suffering from fibromyalgia experience are endless. This pain, in the majority of instances, is not localized and it affects the entire body. The experience of pain itself, as described, entails harsh, stabbing pains - the kind that make your entire body ache. Patients' movement is compromised due to severe muscle soreness, and one of the most discomforting things about the condition is that you never know what will hurt next. One day it could be your arms, another day it could be your neck muscles, thighs, or calves. Wherever you touch yourself, it might hurt. These spots that are extremely sensitive to touch are called tender points. Often, muscles are in spasm or they feel stiff, which makes walking a mission impossible. Swollen joints don’t awake a wish for walking or running either.

Chronic fatigue is one of the things most fibromyalgia patients complain about. When they wake up in the morning, they feel unrested and without energy. Also, many reported troubles sleeping due to constant pain and inability to find a good position to rest in and sleep. As a result, concentration and memory suffer to a great extent. When it comes to depression, opinions are divided. Some say that depression comes as a natural consequence of suffering that much pain, not having proper sleep, and disturbed daily functioning, while other researchers claim that fibromyalgia is a depression symptom itself. Whatever the final truth is, that doesn’t make this condition easier since the manifestation of depressive symptoms is overwhelming in this case.

Diagnosing fibromyalgia isn’t an easy task for your doctor either. Since there is no confirmed essential diagnostic criteria that can prove this diagnosis, doctors need to run multiple tests before they rule out other diseases. The trouble is further enlarged because the majority of laboratory tests will return showing no traces of inflammation process or damage. In addition, it is not a rare case that your symptoms will be very similar to symptoms of rheumatic conditions, such as arthritis and osteoporosis.

However, for the purposes of clinical studies in the 1990s and 2010s, certain diagnostic criteria were defined as an eligibility requirement. These criteria firstly include the following:

In 2010, revision was made to eliminate tender points as criteria and introduce a new, more defined set. This new set is based on two factors:

And it follows this formula:

In this revised set, two more criteria for diagnosis are present:

For the moment, we don’t know exactly what causes this condition. Medical disputes and theories usually lean towards one of the two opposites: that this is a somatic disease or that this is a mental disorder. Those in favor of treating fibromyalgia as a somatic disease name a number of possible causes. These include genetic factors, namely congenital predisposition for having a lower threshold for pain and consequential neurochemical imbalances. Then some believe that stress can be a huge factor contributing to developing fibromyalgia symptoms and that its cause is based on an unhealthy lifestyle.

Fibromyalgia could possibly be one of those conditions that represent an edge between two approaches. More important than determining disease frame and criteria is finding an appropriate treatment and making this condition easier to endure or even to cure it.

If you are experiencing symptoms similar to fibromyalgia and there isn’t any apparent cause, don’t feel discouraged or isolated. The fibromyalgia community is large and nowadays it’s easier than ever to reach out to people suffering from the same symptoms for support. Life can be good even with pain. The beauty of pain is that it helps us appreciate those moments when we can function normally. Only a person experiencing chronic pain knows how much one good day can bring the motivation and hope to endure and continue. Experiencing pain can show us how to truly value the good times and show the value of happiness.

Why Skeptics Question Fibromyalgia as a Real Disease 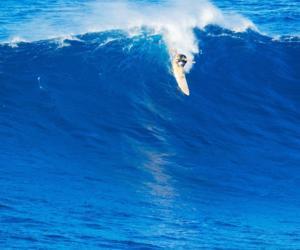 The Emotional Rollercoaster of Fibromyalgia 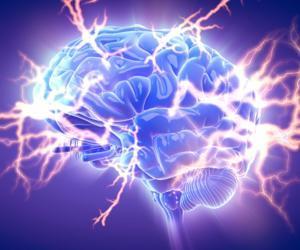 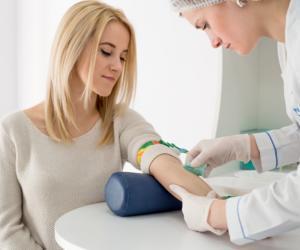 Connecting the Dots: Understanding the Link Between Severe Acid Reflux and Fibromyalgia