Duchenne is one of the lesser-known degenerative diseases which revolves mainly around rapidly-progressing muscular dystrophy and belongs to the same category as similar conditions — such as Becker Muscular Dystrophy — though it is usually one of the most aggressive variations. The disease itself is caused by a faulty gene which regulates dystrophin, a protein in our muscles. The gravity of this condition stems from its early onset, as it is a hereditary disease that can affect anyone, and for which its symptoms surface during childhood. Though it affects, in great part, only males, females can be carriers of the defective gene and pass it down to their offspring.

Though the disease consists of a wide variety of symptoms including fatigue, learning difficulties usually corresponding to low IQ, mental and physical incapacities, and difficulty walking, among others. However, one of the most difficult symptoms — as is the case with most degenerative diseases — stems from the stress and anxiety that the condition imposes on the sufferer’s daily life. 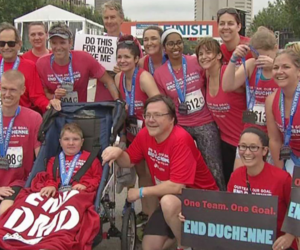 Luckily, there are groups and foundations wholly committed to accompanying the sufferers of this disease and lending valuable support to those in need, so that they may live out their lives normally and coexist with the disease. Among one of the most important foundations dedicated to the support and fundraising to find a cure for Duchenne is the aptly-named CureDuchenne foundation. CureDuchenne is one of the most influential organizations in its field and which has been globally recognized as one of the leaders in the research, patient care, and innovation for improving and extending the lives of Duchenne sufferers.

The organization specializes in community support through the education of parents, caregivers, and clinicians who may not be aware of the full extent of the condition, and to teach them the best practices on how to relieve and coexist with the condition. Furthermore, CureDuchenne is also on the vanguard when it comes to the latest scientific developments and updates on the research of the disease. Furthermore, they also provide seminars and webinars on a wide range of related topics and offer the CureDuchenne Cares Certified Physical Therapist accreditation to ensure the highest standards of care for patients suffering from the disease.

However, one of the most important aspects of the CureDuchenne group stems from their dedication to the fundraising efforts through which they supply the most promising research programs with the funds they need in order to develop possible cures or methods to relieve the symptoms of the disease. Since its inception, CureDuchenne has leveraged more than $1.3 billion from biotech, venture capital, and pharmaceutical companies, and has redirected said funds to nine CureDuchenne research projects which have, to date, already advanced towards clinical trials on humans.

Thanks to organizations like CureDuchenne, there is hope for the futures of children which suffer from this degenerative disease, so that they may grow healthily and live normal, full lives.

The Carousel of Possible Dreams

In an effort to design and host meaningful fundraising campaigns with the right tools and methods to reliably reach the target funds, the Festival of Children Foundation had to come up with an idea which could attract both investors and users alike. To this end, the non-governmental and non-profit organization created the Carousel of Possible Dreams, an event designed to help fund the research and campaigns of the group’s member organizations.

The Carousel was hosted for the very first time in 2009 by members of the Orange County, CA community. In said event, members and community leaders of the organization traveled to the South Coast Plaza Retail Center in Costa Mesa, where they hopped into the carousel in the shopping center. The objective and appeal of the campaign stemmed from the fact that the participants were not allowed to leave dismount from the carousel until the target fundraising amount was reached. In the midst of the stress and anxiety caused by the uncertainty of whether the target was going to be fulfilled or not, the riders span for over 2 hours, sharing with the community and with those curious enough to approach the event. By the end of the second consecutive hour spinning, the riders had raised over $80,000, all of which was directed towards funding the research and granting the dreams of all the organizations subscribed to the charity.

From this day on, the Carousel of Possible Dreams became the signature fundraising event of the Festival of Children Foundation and still operates to this day.

In the following years after its inception, the Carousel event has been hosted on many occasions, in different venues, but with the same objective in all its iterations: the fundraising for foundations which support, research and develop cures for various diseases and conditions. In 2016, the Carousel of Possible Dreams was hosted at Disneyland where the riders spun around on the King Arthur’s Carousel from 7 am to 9 am, before the park opened its doors to the general public. In this occasion, funds were granted to the participants based on how many times the members rode around the carousel within the allotted time, though some participating organizations also received direct donations from concerned parties. The event saw special participation from its eloquent host, Merlin the Magician, and was launched by Allie Kawamoto, Disneyland’s 2015 Ambassador.

In the Disneyland event, over 41 charities participated, which was more than triple the number of organizations which participated the previous year, and leaps and bounds over the amount which participated in the festival’s first edition. After 2 hours of riding, over $600,000 were raised, 80% of which was already raised before the event’s start. All the participating charities fulfilled their donation quotas and were all the better for it.

Now, this year marks a very special moment for the CureDuchenne Foundation, as they will be one of the charities participating in the Carousel of Possible Dreams in order to raise funds which will allow them to continue their research and development of possible cures for the condition which has destroyed countless children’s lives since its discovery.

The 2017 Carousel of Possible Dreams is to be held this August 12th at the Sanfilippo Estate, in Barrington Hills, Illinois and will help CureDuchenne, among other foundations, to raise over $100,000 which will be invested in promising research destined to save this generation of children that suffer from Duchenne. 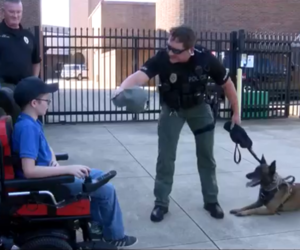 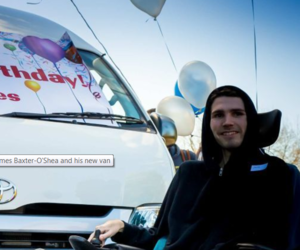 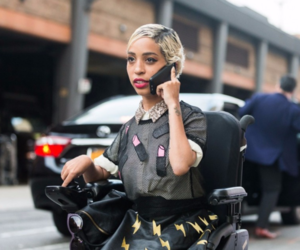