Some people affected by Crohn’s disease are afraid of passing on this terrible disease to their children. There has been significant gene research, but many people are unsure of the link and haven’t been informed of the research. The symptoms scream for attention, so that is the focus of the doctor patient relationship.

There is not yet a sure-fire way to determine whether a carrier will pass it on to their offspring. The disease though is increasing among infants and children. 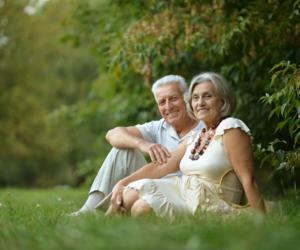 Crohn's Disease and Other Gastrointestinal Issues

What does the research say?

In the 1930’s epidemiological observations concluded a genetic link to family members with Crohn’s. Gene mapping studies were done in the 1990’s where they looked at specific genes. They established that both genetics and environment were responsible.

There are many risk factors involved, and specific genetic variations have in fact been determined by scientists to play a part in developing Crohn’s disease. There are specific genes involved which share specific alterations in comparison to typical genes in healthy individuals.

The breakdown is how the genes interface with the environment in a maladaptive way.

The genes with variations don’t themselves cause the disease; they instead cause a susceptibility to it.

Twin studies are often done to indicate genetic link. Studies indicate that when one twin has Crohn’s the other will develop it about 55% of the time. This means that there is definitely a genetic link, but that the disease is not completely caused by genetics.

According to the National Library of Medicine in Genetic Studies of Crohn’s Disease, “genetic information can potentially be used for disease risk prediction.” Scientists are looking into how to predict the disease and possibly head it off in the early stages.

A Stanford twin study with 210 healthy twins showed that 77% of the immune system was influenced by controllable factors, such as environment and lifestyle. The rest was genetic. This gives a lot of hope for those with aberrant genes in their family.

The likelihood a family member will get Crohn’s

You are more likely to get Crohn’s if you have an immediate family member who has it, such as a parent, child, or sibling. 10 to 20% of people affected have had a family member also affected. There is no specific known pattern of genetic influence.

Also, family members tend to experience the disease in parallel ways, according to the University of Cambridge.

It is interesting to note that genetic linkage tends to cluster other autoimmune diseases with Crohn’s. Diseases such as diabetes, rheumatoid arthritis and psoriasis are all intertwined with the immune system and are linked to blood sugar, joint and skin inflammation.

It also can be linked to depression, since serotonin is made in the gut. Hard to tell which comes first, depression naturally occurring as a result of awful symptoms, or depression from serotonin malfunction.

So, you are more at risk if someone in your family is experiencing an autoimmune disorder. Even though these diseases occur in different organs of the body, they have the commonality of being part of the immune system as a whole.

The gene variations that are present in Crohn’s also occur with other autoimmune diseases.

How the past has revealed environment’s role

Autoimmune disorders are increasing in industrial and developed countries. There are 80 varieties and 50 million Americans have been diagnosed with one. This sounds ominous, but in reality, it gives doctors more clues as to how Crohn’s and these other diseases are related and how to stop them.

Some scientists say that natural selection is causing an increase in autoimmune disease susceptibility. The diseases cause a negative effect on reproductive abilities. They are studying why and how the connection works between natural selection and gene variation as it occurs within our increasingly industrialized society.

Unfortunately, there is no way of tracking if your ancestors had traces of it, since it’s only been officially documented since the early 1900’s.

With the increase of these diseases in urban areas, sadly has come an increase in the number of infants and children diagnosed with it also. According to the Crohn’s and Colitis Foundation 1 in 10 Crohn’s sufferers is under age 18.

When children display symptoms, weight, delay in growth and sexual maturation are affected due to lack of nutrient absorption. In this way, it affects children differently than adults.

The increasing numbers indicate to many that there is a connection between Crohn’s and a refined diet, environmental chemicals, and stress. Some doctors are not on board with this theory, yet some people have been cured through drastic diet and environmental changes alone.

According to Stanford’s Understanding Genetics, a healthy lifestyle can control symptoms and reduce the likelihood of getting it in the first place.

A healthy lifestyle though is often open to interpretation. Some people feel it means less deserts and more vegetables, others a complete avoidance of grains and red meat, coupled with extensive daily exercise, for example. All can be degrees and components of healthy living, but what one person requires to achieve total health may be different than what someone else requires.

Part of living a healthy lifestyle, is treating the mind and body as a whole unit. The mind-body connection has gotten a lot of press lately as people welcome less Westernized approaches to health.

According to studies at Coventry University, mind-body interventions can reverse DNA reactions which cause stress, which then leads to health problems. Stress also is a trigger for most people’s Crohn’s symptoms.

In addition to lifestyle as a risk factor, certain ethnic groups are more statistically prone to having genes that are sensitive to these environmental triggers. They are Caucasians and people of Eastern European Jewish (Ashkenazi) descent.

If you have certain risk factors, such as genetics, being a former smoker, and/or being exposed to certain toxic environmental factors, to name a few, early detection is important. The stress on your cells may end up being a trigger for your gene variations to act up.

Environmental triggers can come in many forms. But it can be hard to get the tests you need.

You may have positive antibody labs but no discernable symptoms. The problem is, by the time symptoms are full-fledged, irreparable damage has been done to your system, according to the University of Connecticut.

Early detection means treatment is more likely to work. Detection is not always easy, as there are other illnesses that include stomach discomfort. Diagnostic delay is common. So, knowing your risk factors is a good first step.

Taking charge of your health is a logical prerequisite for health. Since environmental triggers can cause huge issues when you may have gene variations, it would make sense to get started on reducing stress and making healthy choices all the way around.

Many patients find probiotics, Omega-3 supplements, Vitamin D and a gluten and/or grain-free lifestyle to be very helpful in the management of their illness. Since a high-salt diet is linked to Crohn’s disease, moderation in this could also be beneficial.

These measures are possibly less convenient than harsh drugs, but some of them simplify diet back to a time before industrialized society. Although once the disease has progressed, lifestyle changes don’t always dramatically change symptoms.

What does the future hold?

The future lies not only in early detection, but in research. By looking at the past, patterns of development as well as studies involving genetic and drug research, scientists are getting closer to better treatments.

Belgium doctors have seen that the sickest patients produce too much of a protein called an MT protein. It gets outside of cells and causes damage. They’ve produced an antibody that inactivates it and basically hugs it into submission. They’re still working on a form to study in humans.

Doctors are also looking at bone marrow transplants, which seem to reduce or eliminate symptoms. This again shows the body working as a whole, rather than as separate parts, independent of each other.

Supplements as another treatment are not groundbreaking news, but some are being looked at in new ways, for newly discovered benefits.

Probiotics are being used to treat fatigue in addition to assisting in digestion. A study on another supplement by the BMJ Open Gastroenterology showed a major association between Vitamin D levels and the degree of nutrient malabsorption patients experienced. A Vitamin D oral spray has been shown to absorb more effectively than capsules.

There is a lot of research and findings on the horizon. If Crohn’s runs in your family, there are hopeful measures to be taken now to lessen risk or improve health. 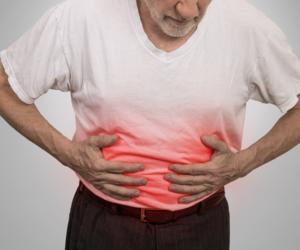 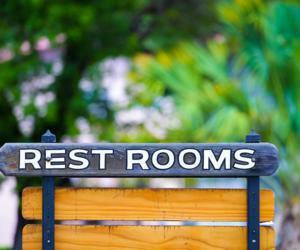 All About Colectomy Prep and Recovery