Bill Petit, the lone survivor in the brutal home invasion that left his entire family dead, has come into the spotlight lately as he considers running for office.

He explains that the heartbreak never really does go away, but it does get easier. He says, "I used to have gut wrenching weeks in a row. Now, most of the time, it's awful minutes and hours." However, there's no way to ever separate yourself from the sadness entirely. You never know what will spark a memory that will send you into that spiral. 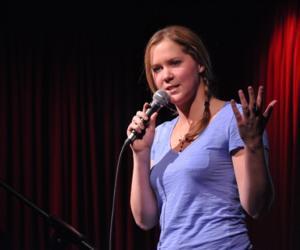 Petit struggled to oust the memories from his brain for many years, and would get angry when he couldn't. Eventually he realized it was a part of his life he would face everyday. Once he understood he began to find moments of peace. "You want to feel like it didn't happen. But after a while, you realize it never goes away. It's always there. It's shorter sometimes, it's more contained, it's less provoking. But it's always there."

The connection to MS

After the murders, Petit had an overwhelming amount of support from family, friends, as well as strangers from all over the world. Rather than accepting money, Petit requested donations on behalf of the local chapter of the National Multiple Sclerosis Society because his beloved wife had been living with MS for 8 years.

Friends and family soon set up a fund specifically for the donations. It evolved into the the Petit Family Foundation, and it has helped assisted students, hospitals, schools and other organizations.  It became his project, his saving grace as he had a laser focus on building the foundation.

Petit struggled to move forward. He went to therapy, read self-help books, and tried to find an explanation for the events of his life in religion. Very few people understood the depth of evil he had endured. He found a book by a Holocaust survivor that explained when everything has been taken away from a man, the only thing he has left is his own thoughts and attitude.

The mission of the foundation was to continue "the kindness, idealism and activism that defined their lives", referring to his wife and daughters. The funds were allocated into three different areas.

The first area is fostering the education of young people, especially women in the sciences. Hayley had told Petit shortly before she died that she wanted to follow in his footsteps and become a doctor and go to school at his alma mater, Dartmouth.

The second initiative was to improve the lives of those who had chronic illnesses. His older daughter Hayley had started 'Hayley's Hope' charity and raised thousand dollars for MS research. When Hayley went to college, his younger daughter, Michaela was going to continue the focus of the charity but rename it 'Michaela's Miracle'. Both of these initiatives made Dr Petit very proud.

The foundation met monthly, continuing to expand on their initiative and ensure it kept on track. Petit was integral in fundraising and planning. Despite his progress in adapting to his new work with the foundation, he would often become overwhelmed by emotion. As he gave out academic awards to young people, his thoughts would inevitably go to his bright young girls. He explained, "I really didn't want to be in those places. I really felt like I was the downer guy. The faces were just like my daughters' a month before, a year before, years before. I would then just get a sinking feeling. I didn't want to tell people this. It was really nice to do, but it was very difficult being there."

When he would look into the crowds of young people, he would be entirely unable to see anything but his young daughters. He knew he was doing the right thing with the foundation; he knew he was making a difference, but the pain of having to constantly confront where his daughters would be had they lived was overwhelming.

In this way, the foundation was both a blessing and a curse. Had he not had the constant work coming from the foundation, and the fulfillment knowing he was doing something for his wife and daughters, he would have driven himself crazy with grief. It also offered a distraction from insurance, lawyers, media, and the legal system he faced. Petit said, "everything comes at you from four or five different directions." Therefore, distractions were very welcome.

He was also able to be inspired by the recipients of the scholarships, who were affected by multiple sclerosis but still able to maintain impressive academic records.

This year, eighteen high school graduates in Connecticut received the Hayley's Hope and Michaela's Miracle MS Memorial Scholarship. Even through the recession and market crash, the charity allocates its resources responsibly. Donations continue to be strong and he is proud that they have been able to fund a significant portion of the requests they have received.

"I don't want people to forget Jennifer, Hayley, and Michaela, and I want some good to come out of these horrific events, said Petit. He's certainly done an excellent job so far. With the love and support of his friends and family, as well as his dedication to the foundation, Petit continues to get better every day. He is proof that even when one is faced with the darkest situations, a light can be made. 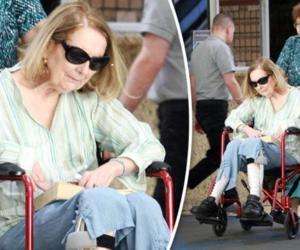 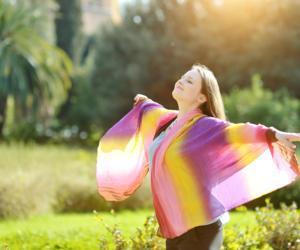 Multiple Sclerosis: Healing the Soul From the Inside...

Can Certain Lifestyle Choices Influence the Symptoms of Multiple Sclerosis?

When Multiple Sclerosis Drugs Cause More Problems Than They Solve