The lymph nodes behind the ears, in the neck and under the arms are some of the most notable lymph glands in the body. These glands store fluids and nutrients and help in filtering waste material out of the bloodstream as well as out from the body tissue. They also produce antibodies that help fight off foreign microorganisms. The lymph nodes will then absorb these damaging materials, which will cause their temporary enlargement. The lymph nodes are receptive to the different changes in the body, particularly those that disturb the immune system. Ear infections are one of them.

Otitis externa, also referred to as the swimmer’s ear, is a fungal or bacterial infection in the front part of the ear canal. During the onset of the condition, the ear starts to itch. As the infection progresses, pain and drainage in the ear are experienced. Crusting around the ear’s opening may also be noticed. When swelling is not localized, it means that the infection has already spread beyond the ear canal. Once the infection has spread, it can reach other body parts like the jaw.

Children who are exposed to cigarette smoke can develop ear infections and swollen lymph nodes. When the toxins from the smoke are inhaled, it stimulates the immune cells to react. This reaction will then cause the lymph nodes to swell, together with the structures surrounding the eustachian tubes. The swollen nodes will now compress the eustachian tube and will result in middle ear infections.

During the first sign of infection, it is very important to visit your doctor immediately to prevent serious complications. In addition, for swollen lymph nodes, in particular, it must be evaluated to rule out medical conditions as swelling in the jaw may be caused by a tooth abscess or other medical problems that require treatment.

Why is my lymph node swollen?

What does my lymph node biopsy mean?

What does swollen lymph nodes and a headache mean?... 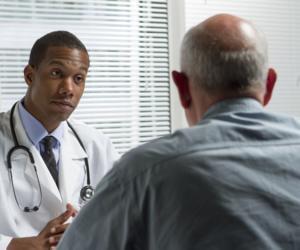 When to Go to the Doctor for Swollen Lymph Nodes

A friend of mine has been diagnosed with non-necrotic lymph node. What does this mean?