Erectile dysfunction (ED) affects the ability of a man to have an erection and maintain it long enough to have a satisfying sexual experience. There are certain times when a man may not fully rise to the occasion during sexual intercourse, and this can be due to other factors aside from ED. 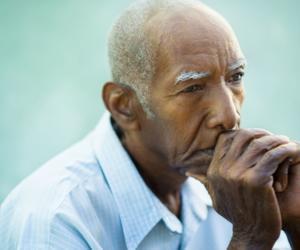 Is There A Link Between Erectile Dysfunction And Prostate...

Is ED caused by a decrease in testosterone?

ED is a condition that rarely involves hormones. It is primarily associated with decreased blood flow to the penis. The hormone testosterone does not affect the flow of blood to the penis, and therefore it is ruled out as a cause for erectile dysfunction. Treatments of erectile dysfunction will therefore involve both; ways of improving blood flow to your penis and medications to increase the hormone levels. To understand this, you need to know how an erection occurs.

How does an erection take place?

When you get sexually aroused, the brain sends signals to the nerves in your penis and this leads to the production of chemicals known as neurotransmitters. The neurotransmitters in turn influence the production of cyclic guanosine monophosphate (cGMP). This chemical is responsible for the dilation (widening) of the arteries, and it allows more blood to flow into the penis.

When the chambers in the penis are filled with blood, it becomes firm and erect. The veins get pressed against the skin by the swollen inner parts of the penis and this hinders outflow of blood from the penis to maintain an erection. After sexual intercourse, cGMP levels go down and the blood flows out of the penis returning it to its normal position.

Why does ED occur?

Erectile dysfunction is usually caused by a narrowing of the blood vessels in the penis. Narrowing of blood vessels can restrict the flow of blood into the penis, and there will be insufficient blood to enable an erection. Several factors can lead to constrictions and blockages in the blood vessels. High cholesterol levels, smoking or diabetes can cause choking or clogging of arteries; this condition called atherosclerosis can lead to erectile dysfunction. Atherosclerosis initially affects the smaller and finer blood vessels in the penis and should be taken as the first sign of choking of arteries that can lead to other serious ailments.

Hormonal disorders like thyroid conditions can also affect the levels of testosterone in the body. Testosterone is the male sex hormone that controls sexual drive. A deficiency of the hormone can be one of the causes of erectile dysfunction.

Surgical complications, radiation therapy for pelvic disorders, structural and anatomical disorders of the penis such as peyronie disease, and injuries to the spinal cord or the pelvic region also contribute to erectile dysfunction.

A holistic treatment of erectile dysfunction should initially involve a correct diagnosis of the reason of the disorder. The course of the treatment should be picked up from there. Whether a hormone therapy is required or not, or whether it can be used with a combination of other treatments, should be decided by the doctor after a consideration of the underlying causes.

Which types of treatment are available?

There are several types of treatments that are available to improve blood flow to the penis in order to help ease the problem of erectile dysfunction.

Before viagra hit the medical community with a new line of treatment for erectile dysfunction, hormone therapy aimed at increasing the levels of testosterone in the body was regularly being used for the treatment of erectile dysfunction. However, it failed to produce the desired effect. A more holistic approach to treating erectile dysfunction after properly diagnosing the cause of the situation is the best way to go in order to determine a treatment regimen that will work best for each individual.

Can diabetes cause erectile dysfunction?

My husband has difficulty maintaining an erection....

Having problems getting an erection. Why?

My husband is suffering from erectile dysfunction.... 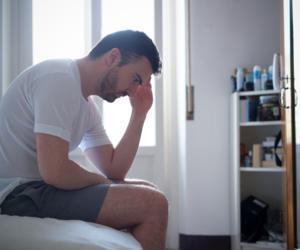