Latest research on Duchenne Muscular Dystrophy (usually abbreviated as DMD) have been actively pursuing different, exciting strategies and methods. Some of the most renowned ones that have been tested on humans in clinical trials recently are: gene repair, gene therapy and exon skipping. This generic disorder is characterized by progressive degeneration of muscular mobility and general lack of strength in all muscles and joints. Most common causes for this disorder are mostly related to the absence of dystrophin, which is the protein in charge of helping muscle cells stay intact. DMD, which is more commonly displayed in young boys, has been subject of testing for many alternative practices wanting to diminish its symptoms. However, researches cost a lot of money, and diseases that only affect a small percentage of the population are not usually destined enough funds for the expensive equipment and qualified personnel required.

Researches regarding Duchenne muscle dystrophy came back to the limelight when Medell, a professor of pediatrics and neurology at Nationwide Children’s Hospital Research Institute, was the leading investigator of a gene therapy that might be able to slow down the symptoms and serve as an effective method to treat not only Duschenne, but many other neuromuscular disorders. The award was certified as the largest amount single award given by the Parent Project Muscular Dystrophy organization, with the impressive amount of a $2.2 million grant. 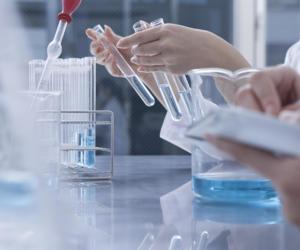 Nevertheless, this case is practically isolated from the reality of medical research in Duchenne muscular dystrophy. Most of the time, it’s not that easy for organizations dedicated to research causes, effects and treatment to find such amount of working capital. In the view of all this, people come up with very creative and innovative ideas with the purpose of raising enough money for medical research. There are also interesting projects held by people with relatives suffering from DMD.

Expecting to raise even more

It’s not the first time Everest to End Duchenne promotes climbing and hiking this colossal mountain as a way to raise money for DMD research. The one being organized is actually their second trek to Mount Everest. This time the camp is planned for September 25th. These treks to the Everest are seen as a challenge boys with Duchenne muscle dystrophy will never be able to face. Having in mind that the most relevant symptom from Duchenne is the loss of muscular strength and the subsequent shrinking of muscles.

A major attendance is expected for this year’s trek, enthusiasm is what DMD enthusiasts, activists and people looking forward to helping lack the least. The organization has stated repeatedly that there’s no need for participants to have been in any other activities related to hiking or climbing before.

This year, as a matter of paying respect to people who have had to fight against this condition, the Everest team will carry a waving flag at the base camp with the names of around 1,000 people who have deceased because of Duchenne muscular dystrophy. They are planning to carry the flag for the entire journey to symbolize they are all together with anyone who has ever fought this condition and that the main reason of this initiative is to find a cure. For anyone interested in helping the team reach their goal of raising $10,000 for DMD research, it is possible via Go Fund Me donations or by sponsoring the trek directly.

Everest to End Duchenne is not the only nonprofit organization looking forward to helping raise funds for DMD research, its name is Hope for Gus Foundation, and it has a couple more years of experience. In 2015, Hope for Gus Foundation organized the highest-grossing fundraising initiative to date and this year they are going to try to top that amount or get a similar one.

The story behind Hope for Gus is way more sentimental than the initiative of Everest to End Duchenne. Hope for Gus was founded by the parents of a boy named Gus, a 9-year-old kid with DMD who is expected to have to move by wheelchair by the age of 12 years old. Nevertheless, a drug is being tested with the presumption of being able to slow down the evolution of the disease. Gus is part of said trial and he’s expected to display progression in the following months. His parents have repeatedly stated their wish to do something their son will probably never be able to do, which is, climbing Mount Everest.

The determination of Gus’ parents is one of the qualities other parents look up to. Living with the conviction of finding a cure for their son and thousands of other kids with the same condition. With the same determination, they decided to join the second trek to Mount Everest, looking forward to raising twice as much money for medical research that what was raised last year. The requirements to participate Everest to End Duchenne’s trek are not any hard to gather. People interested in participating must be 18 years old at least, if they do not fulfill this requirement they will need to go with one of their parents or a guardian. Average health and fitness levels will also be a requirement so they can be able to finish the trek. The person looking forward to going to the trek should be able to walk five to eight hours per day, love adventures and be willing to have a memorable time enjoying the journey.

As a last requirement to join the trek, all participants will have to pay their own travel expenses and raise at least $1,000 for researches on Duchenne muscle dystrophy.

How long will the trek be?

This unforgettable experience will most likely require participants to dedicate an entire month of their lives. At least 2 weeks for training and preparing and the rest to be spent on journey. The entire journey will last 17 days and it will cover 120 kilometers (72 miles approx.)

The journey will begin in Kathmandu and it will include a visit to the traditional Nepalese locations and villages aswell as Buddhist monasteries in the area and bazaars. The journey will reach its end at the highest part of the Himalayas, which is at least 18,000 feet above sea level.

Even though it’s not a requirement to be an experienced athlete, it’s undoubtedly helpful to have some experience in climbing and hiking. Anyways, this is the perfect occasion to leave physical inactivity aside and begin an unmatchable experience in a mountainous environment while funding Duchenne muscle dystrophy researches. 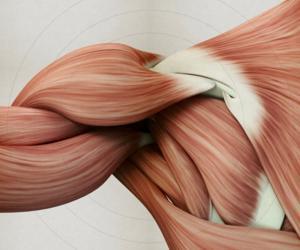 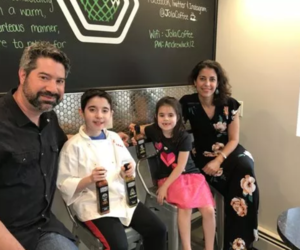 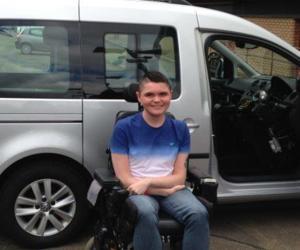 Can Music Really Be A Therapy for Muscular Dystrophy?

I'm a lgmd muscular dystrophy patient and can you help me please and please suggest protein and vitamins tablets?