Pain is a very personalized sensation - it can be experienced and described in many ways. However, it universally exists in all humans as a warning mechanism and trigger to avoid further injury. Unfortunately, pain is a daily occurrence for those with fibromyalgia.

Fibromyalgia is a disorder characterized by widespread musculoskeletal pain and chronic fatigue. Symptoms and severity differ from individual to individual. Individuals with fibromyalgia will often describe their pain as throbbing, stabbing, shoot, ache or burning. This pain may vary from day to day, but has a major impact on the individual’s quality of life. 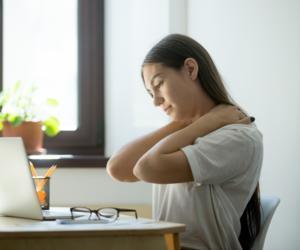 Causes and Prevalence of Fibromyalgia

The exact cause of fibromyalgia is not yet known, however research has identified risk factors that may increase an individual’s likelihood of developing the syndrome.

According to National Fibromyalgia and Chronic Pain Association, fibromyalgia impacts between 200 and 400 million people worldwide. Although fibromyalgia occurs in all races and both sexes, between 75 and 90 percent of those with fibromyalgia are women. It is also more common among those who have a family member who has experienced fibromyalgia as well.

Diagnosis of fibromyalgia typically occurs in middle age, between the ages of 20 and 50. However, the older an individual gets, the more likely they are to develop the syndrome. Individuals who experience sleep disorders also have an increased risk of fibromyalgia. Research has yet to identify if sleep disturbances are a trigger of the widespread pain or if it is a symptom, however, it is a common problem for those with fibromyalgia.

Although often associated with arthritis, fibromyalgia is a syndrome with a distinct set of symptoms which differ from arthritic joint pain. Fibromyalgia is often masked by co-occurring illnesses, such as chronic fatigue syndrome or migraine headaches/ This can make the diagnosis of fibromyalgia sometime difficult.

There are no tests for identifying fibromyalgia as the root cause of an individual’s pain. X-rays and similar scans are not able to detect any changes in the muscles or soft tissues. As such, medical professionals must use the individual’s medical history and self-reported symptoms to determine if fibromyalgia is the correct diagnosis.

According to the American Association of Orthopedic Surgeons, to be diagnosed an individual must have widespread pain for at least three months in at all of the following areas:

Trigger point pain is also used to diagnose fibromyalgia. Eighteen trigger points have been identified and are used in assessing pain. Pressure is applied to the trigger points and the individual reports the level of pain experienced. To be diagnosed with fibromyalgia syndrome, an individual must report pain at 11 out of 18 triggers.

Fibromyalgia, which has such a broad array of symptoms and no known cause, can be very difficult to treat. It is important for individuals to locate a medical professional who is well versed in fibromyalgia and is comfortable working with a team of specialists to resolve or lessen the impact of the syndrome. Medications, physical therapy, pain management, sleep management, and mental health support are options for care.
Alternative therapies such as massage, chiropractic care, and acupuncture are also potential options for treatment of fibromyalgia.

A number of medications have been approved by the FDA to treat this condition. These are duloxetine, milnacipran, and pregabalin. Many physicians will use other drugs to combat the symptoms of fibromyalgia as well. Painkillers, including narcotics, are used sparingly as the effectiveness of these drugs has not been proven by research and can often lead to long-term dependency. NSAIDS, nonsteroidal antiinflammatory drugs, are also used as a pain relieving option.

With Fibromyalgia, Pain Can Be Motivation 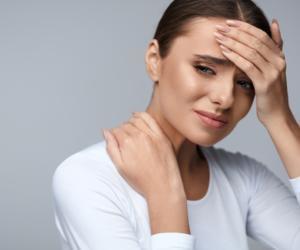 When Should You Go To A Discomfort Administration Doctor?