Most incidences of chicken pox are mild, and the symptoms usually show up within a weak. However, sometimes the pox can be so severe it can result in fatalities or other illnesses. The worst effects of this virus manifest in children, adults, and those with weak immune systems. Sometimes even healthy people can experience serious complications after suffering from the disease. People should be aware of the symptoms and risks of contracting this disease since it is easily spread out through coughing, sneezing, or physical contact. Fluids that emanate from the blisters on one’s skin can also contract the disease. Children who have contracted the disease have to stay indoors until they recover.

The chicken pox vaccine is to be given to children under 12. This drug is also recommended for the adults that have never suffered from the disease before. Once one has had the disease, vaccination against the disease is not necessary. This vaccine is usually administered to a person twice. The child is first given this vaccine at the age of a year to one and half years. For the second time, it is given at around five years of age. This vaccine's negative effects are usually very minimal. Its most common effects are swelling, some red skin and experiencing mild skin pain. Sometimes swelling at the site of the injection may occur.

People who get the chicken pox vaccine and then have an allergic reaction should never be vaccinated the second time. Those who are sick should not be vaccinated; they should wait until their doctor tells them it is safe to get the shot. Others who should not receive the vaccine include pregnant women, those who are allergic to the gelatine variety of the varicella vaccine, anyone with an allergy to neomycin, those with an impaired immune system, those on steroids, and those being treated for cancer.

Children who receive the vaccination for the chickenpox disease time may fall ill after getting the vaccination, but this is usually very mild, with just a few blisters popping up on the skin. However, there is a probability that a vaccinated individual will get the disease later in life. In this case, the person will recover much faster than someone who hadn't been vaccinated, and their bout of chicken pox will usually be very mild. But research shows that three-quarters of immunized individuals never suffer from chicken pox. 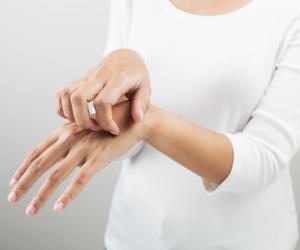 Fever after vaccine. What do I do?