Gas, bloating, and burping are normal conditions that are often very uncomfortable and embarrassing. Gas is produced in the gastrointestinal system as the food is digested to form energy. Changes in the diet can definitely cut down the formation of gas and save you from discomfort and embarrassment. Bloating is a feeling of fullness in the abdomen. Belching or burping refers to the involuntary release of air from the stomach or esophagus. It is normal to burp at least three to four times after a meal to release the swallowed air. Burping may also be caused by nervous habits and medical conditions such as gall bladder problems and ulcers.

Some of the common causes of the three conditions include:

Why do I feel bloated around my upper stomach?

Have a question aboutGas?Ask a doctor now

The feeling of fullness or burning in the chest, especially after eating, is referred to as dyspepsia. This may be described as gas by some people.

The Top Secrets to Getting Rid of Belly Bloat

Is zinetac effective in treating acidity and heartburn?

My husband is burping too much. What could be the reason?

More from FindATopDoc on Gas 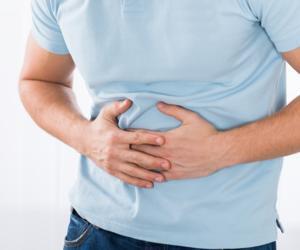 Flatulence (Gas): Causes and How to Relieve Flatulence...

Does eating too much of fruits cause issues with the...

What should I eat when bloated?

What could be the reason for my persistent bloating?

Why do I feel bloated around my upper stomach?