Hearing loss or hearing impairment is defined as a partial or complete inability to hear. People who have chronic ear infections mostly develop hearing loss. However, the condition can also be caused by several reasons such as aging, heredity, noise pollution, and certain diseases or disorders. One or both ears can be impaired.

Hearing loss is also observed in other conditions caused by the intake of ototoxic (ear-damaging) medications, tumors, and head injuries.

Crinkling noise in my left ear, what could it be?

Have a question aboutHearing Disorders and Deafness?Ask a doctor now

In medical science, hearing loss is categorized into three types. They are:

This type of hearing loss occurs when there is an ear damage, specifically in the ear canal, eardrum, and middle ear that contains the ossicles or tiny bones: incus, malleus, and stapes.

There are also some causes that are not so frequently observed, such as failure of the ear canal to open during childbirth, the absence of an ear canal, or a dysfunction in the middle ear structures.

The abnormalities mentioned above are possible to be surgically corrected. People who have hearing problems can improve their hearing by amplification if in case their surgeries fail to treat the problem. One can do this by using a bone conduction hearing aid or by using hearing devices that will be implanted in the ear by a doctor or a medical professional.

In cases where patients have a head trauma or head injury, certain surgical repairs can be done after the patients are stabilized from the traumatic injury.

Another form of conductive hearing loss is otosclerosis. In this condition, hearing loss can happen when there is an overgrowth of the middle ear bones. An excessive growth of the bones can interfere with sound transmission. Moreover, this condition occurs when where there is a fixation or immobility in the tiny bone called stapes. If the stapes gets immobile, then the sound would not be able to reach the middle ear, thereby causing hearing loss. Surgical repair can be done for this condition where the immobile stapes are replaced by mobile prosthesis. The fixation of stapes can also be caused by the measles virus. However, there has been a decrease in otosclerosis due to the availability of measles vaccination and global awareness of the disease.

Otosclerosis may also lead to another type of hearing loss called as the sensorineural hearing loss.

Sensorineural hearing loss is a type of hearing disorder, which is caused by a damage to the nerve cells or fibers of the cochlea or inner ear.

Meniere’s disease, also known as vertigo, is a condition in which people feel like they are spinning and feeling that there is an immense pressure inside their eardrum leading to other symptoms such as ringing in the ears and hearing loss that might become permanent.

Experts recommend that introducing a conductive hearing component to the ear can somewhat justify the treatment for mixed hearing loss. However, for a long-term diagnosis, a strict medical treatment is essential.

I am hearing an echo sound while talking. What could...

My son who is 5 years old is having a ringing sensation...

I am unable to hear high-pitched sounds?

More from FindATopDoc on Hearing Disorders and Deafness

Are there any surgeries to treat hearing loss from... 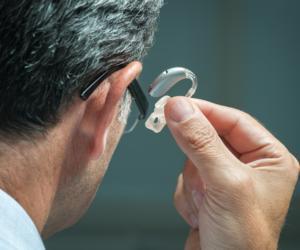 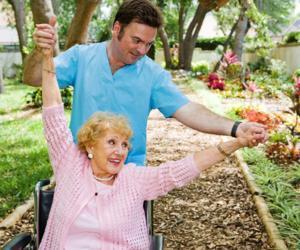 What are the Causes and Symptoms of Hearing Loss?

What could be the reason for my "hazy" hearing?

Is there any cure for deafness?