Ethan Zohn is a survivor in many ways. In 2002, he outlasted 15 fiercely strong competitors on the popular TV show, Survivor: Africa. His strength, wit, athleticism, and perseverance won him a million-dollar prize after he defeated these opponents. However, his victory was short-lived. Little did he know, he was soon to be on the battlefield again.

Ethan's battle with his second opponent

Less than 10 years after his victory on the popular TV show, Ethan was faced with yet another challenger. This time, the duel put Ethan's life on the line - the fight was against Hodgkin lymphoma. Ethan would face this fearsome challenger not just once, but twice. 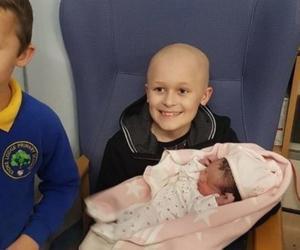 How did Ethan get diagnosed?

The first sign of lymphoma came while Ethan was training for the New York City Marathon. He started getting a debilitating itch all over his skin with no apparent explanation. But cancer wasn't the first thought on Ethan's mind as a cause for this symptom. It wasn't until he found a swollen lymph node below his left collarbone that Ethan started to worry. He went to his doctor and they performed tests that revealed Hodgkin lymphoma as the cause for both his symptoms.

Ethan was eager to fight back

When he finally received his diagnosis, Ethan actually felt relieved. He had been so confused about what was wrong with him for so long, that it was nice to finally get an answer. Furthermore, he was ready to start fighting back, and once they had identified the opponent, he was eager to start his treatments.

For the first battle, Ethan unleashed chemotherapy against his cancer. In the process, he had to lose all his dark curls that he was so famously known for on the Survivor show. When cancer began to fight back, they had to bring in some bigger guns. Ethan needed to go through radiation.

Ethan drew strength from within

It's not easy being tough, even for a Survivor champion who is strong and willful like Ethan. Sometimes, Ethan felt as though his body was his own enemy. Throughout the treatment, he felt terrible. He couldn't eat or sleep and constantly felt tired. Though it was a terrible experience to endure, Ethan knew that the process would cure him of the lymphoma. From this faith, he drew strength to trust in the process.

Finally, after 22 rounds of radiation, Ethan received good news. He had successfully won the battle against cancer. Upon reaching remission, he went through a stem cell transplant taken from his own bone marrow. With that, he was then able to move on with his regular life.

Throughout his recovery, Ethan admitted that he was still fearful that his cancer would come back. Every day, he would wake up with this small fear in the back of his mind that he would try to push away and ignore.

Lymphoma made an ugly comeback in Ethan's life

About 2 years after his successful battle against lymphoma, Ethan was just getting back into the groove of things. It was then that his symptoms reappeared. Unfortunately, Ethan's worst fears were realized. A routine PET scan found 70 cancerous lymph nodes in Ethan's chest. His cancer was back.

This time, the battle was harder. It's hard when your opponent strikes back strong after you've tried everything. Despite multiple different kinds of treatments, it's discouraging when things don't work. Sometimes, Ethan would panic and lose hope, but he never stopped fighting back.

During this second battle, Ethan was given a new type of chemotherapy. This drug goes by the name of Adceris. The new chemotherapy helped Ethan avoid side effects by targeting cancer cells in a more specific way. That way, Ethan's normal tissues were spared. Ethan felt much better using this treatment and was even able to run the New York City Marathon while taking this drug.

The victory came with a price. Because of Ethan's vulnerability to infection, he had to avoid all public transport, large crowds, and little kids. He couldn't even enjoy the movie theatre or eating out at restaurants. New York City is no fun when you can't really go outside.

Ethan paralleled his experience fighting cancer with his experience as an athlete. He mirrored his battle to his past days as a former soccer player. He turned it into a sports competition. To him, treating his cancer was like playing the biggest soccer game of his life. "It was the championship match that was worth all the marbles," he says. He knew what was at stake, and if he won he also knew he would come out on top. There was no doubt in his mind that he would win, and that kept him going through the long and arduous treatment process.

Ethan is a survivor in many ways

As a survivor of both the popular competition show and cancer, Ethan also feels that he can relate both these experiences as well. In the game of Survivor, every part of your human nature is tested - physical, spiritual, emotional, and mental strength all play a role in the game. It's the same with cancer. From the game show, Ethan knew just how far he could push his body to fight. He brought this experience with him when fighting Hodgkin lymphoma.

Ethan discusses openly about his cancer experience. He feels it's important to share your story and find community among others, especially when facing formidable challenges like a cancer battle. Seeking support from others can help you manage a difficult situation better. Whether it's a friend, family member, or even a stranger - if you can talk to someone about your feelings, the process will only get easier.

Ethan's story is an inspiring one. He is a great role model for how someone can endure the battle of cancer with perseverance and inner strength. As an athlete, he had trained through grueling exercises that test his mental and physical strength. His hard work led him to two victories, both on TV and in real life. Ethan is a survivor. 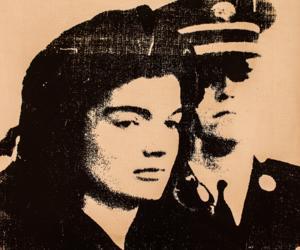 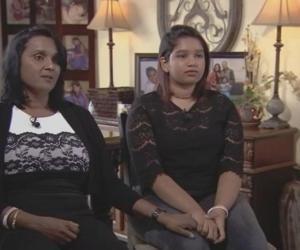 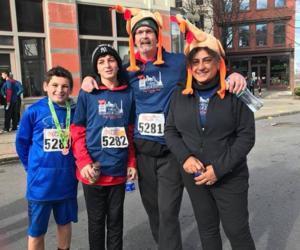