Tonsils are a pair of soft tissues present just at the back of the throat. They are a part of the lymphatic system, which helps in fighting infections. They work round the clock to protect us from harmful microorganisms. They can vary in size and also swell in response to any type of infection.

Tonsils achieve their largest size until puberty and afterward, they decrease in size. Their size is generally bigger in young children as compared to the overall diameter of the throat.

What is a cardiac implant?

Tonsils are the first line of defense in fighting against pathogens that have been ingested by a person. Tonsils possess three types of cells that can help in identifying the pathogen, and then, later on, help in the stimulation or production of antibodies to fight the ingested harmful elements.

These cells are called M cells, B cells, and T cells. M cells are present on the surface of the tonsils. They act as doctors who help diagnose or identify specific antigens (toxins) released by the pathogens. They alert the B and T cells that toxins have been detected, and in response, the immune system gets stimulated.

After the stimulation, antibodies are produced, which helps in destroying the pathogen.

What is a tonsil stone?

People generally believe that stones can only be formed in the kidneys and gallbladder. However, stones can also occur in the tonsils. A tonsil stone or tonsillolith is a material that gets calcified in the tonsil. Its size can vary from a size of a rice grain to pea-sized.

Tonsils consist of tunnels and crypts, which are meant to enclose harmful microorganisms. These areas sometimes get occupied by dead cells, mucus, saliva, and food particles, and their accumulation over time leads to their calcification and hardness. In such way, tonsil stones are formed.

Some people can have one stone while others can have multiple stones. They generally do not lead to any health complications, but in advanced case, they can grow into bigger sizes leading to the swelling of tonsils.

People usually do not realize that they have tonsil stones. The main compound present in the stone is mostly calcium, but the unpleasant odor is a resultant of hydrogen sulfide and other chemicals.

Most of the time, they do not produce any symptoms. But when they undergo any variation in their size, they do affect the normal functioning of the mouth, thereby leading to multiple symptoms such as:

Tonsils stones are basically caused by sulfur-producing bacteria. This bacterium gets accumulated in the tonsils along with the debris of mucus and food particles. This matter gets into the decaying procedure and remains collected in the tonsils. The affected area further attracts debris and later on gets calcified. It can lead to the formation of a single large stone or multiple small stones.

Facts related to the causes of tonsil stones:

There are several factors that can increase an individual's chances of getting tonsil stones, and they include:

What should you do if you're coughing up tonsil stones?

The strong odor coming from your mouth ensures the possibility of having tonsil stones. If you cough up white chunks, you must take immediate actions as follows:

How to get rid of tonsil stones?

There are various methods by which you can get rid of tonsil stones. They include:

How to remove tonsil stones

Tonsil stones can sometimes cause pain and discomfort. There are several treatment methods for tonsils stones. They include both home remedies and medical procedures. You can choose any of the following methods depending on the severity of your condition.

How to get tonsil stones out

If you do not achieve success by applying the home remedies, then you can go for the following medical procedures:

This type of treatment uses laser and does not include any cutting or stitches. It helps in the removal of stone-filled pockets. Although the procedure does not cause tremendous pain, it is still done under local anesthesia.

In this procedure, electrical energy is used. This procedure is generally used in cases where the entire surface area of the tonsil needs to be treated. It holds a success rate of 80 percent and is also much more efficient than laser cryptolysis, which can cause recurrence and burning sensations on the tonsils. Coblation does not include any of these problems.

There are several tonsil stone removal tools available in the market, which can answer the question, “How to get tonsil stones out?” They are:

What Are Tonsil Stones?

More from FindATopDoc on Swollen Tonsils 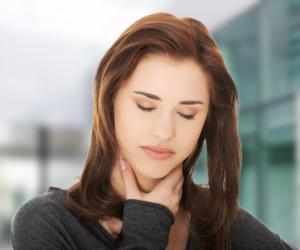 How do I know if my son needs his tonsil removed?

How do I know if my son needs his tonsil removed?