Our environment consists of a number of microorganisms that can enter the body through various means and lead to infections. One such common invasion is by yeast in moist areas of the body, causing a yeast infection.

How do I know if I have a yeast infection or herpes?

What Happens in a Vaginal Yeast Infection?

There are a number of fungi that can attack various parts of the body. Yeast is a type of fungi that lives in moist, warm areas of the body, like the vagina. A vaginal yeast infection is an uncontrolled multiplication of yeast cells in the vagina, leading to an infection.

A vaginal yeast infection is a very common condition in women; most will have a yeast infection at least once in their lifetime. Yeast infections can be extremely irritating and troublesome, but are not really serious. Timely medical intervention and hygienic habits can help treat these infections and keep them away. 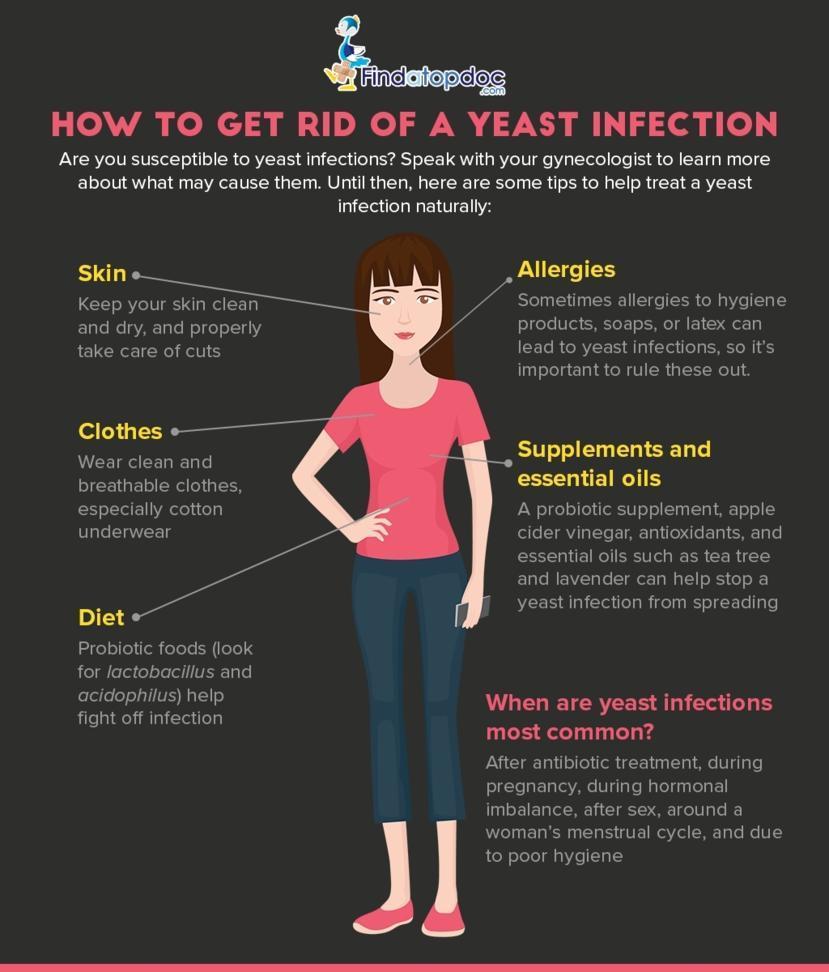 Women facing recurrent yeast infections generally have other underlying medical conditions that need to be treated in order for the yeast infection to go away.

What Are the Main Factors That Cause Yeast Infections?

Yeast infections are commonly caused by a type of yeast known as candida albicans. A vagina normally has a number of bacteria and some small amounts of yeast present. This is absolutely normal. The healthy bacteria in the vagina are known as lactobacillus acidophilus, which keep a check on the excessive growth of the infection-causing yeast.

There are some factors that cause a change in the pH balance of the vagina, which leads to an uncontrollable growth of yeast organisms. Factors like antibiotics taken during certain illnesses, hormonal imbalances during pregnancy, or various therapies can result in an overgrowth of yeast in the vagina. Some medical conditions like diabetes and AIDS can also cause these infections.

When there are various imbalances in the body, the good bacteria in the vagina is disturbed, which causes the yeast to multiply, resulting in a vaginal infection.

Symptoms of a Vaginal Yeast Infection

There are some common symptoms seen in vaginal yeast infections, which can quickly become severe if the condition is left untreated. Some medications and home treatments are highly useful in clearing up a yeast infection.

Common symptoms associated with a vaginal yeast infection include:

How to Diagnose a Vaginal Yeast Infection

Yeast infections are simple to diagnose. The first step is to make sure your doctor has your medical history to see if any underlying conditions or sexually transmitted infections could be the cause. The doctor will then follow up with a physical and pelvic examination. The doctor will check the vagina and the areas around it to look for other signs associated with the infection. The cervix and vaginal walls are also examined to see the extent to which the infection may have spread. After this observation, vaginal samples are sent to the lab for testing. Generally, these tests are recommended for recurring yeast infections.

Once the diagnosis is confirmed, the doctor will prescribe medications that the yeast is sensitive to in order to fight the infection. In some cases, the doctor may suggest certain medical examinations as well to make sure the infection doesn't recur. Some of these tests include:

Are You at Risk for a Vaginal Yeast Infection?

One can be at a high risk of developing a vaginal yeast infection due to a number of associated factors, such as:

Other factors, like using chemicals or feminine hygiene washes and sprays, could also interfere with the natural pH balance of the vagina, resulting in a yeast infection. Normally, a vaginal yeast infection is not transmitted through sex.

Pregnant women are highly susceptible to yeast infections, which can add to their pregnancy stress. With so many changes already going on in the body, the last thing one wants to be concerned with is a yeast infection adding to the discomfort.

Unfortunately, pregnancy is known to greatly increase the risk of having a yeast infection due to the elevated estrogen levels in the body. Some women also have increased glucose levels at the time of pregnancy, which favors the growth of yeast in the vaginal area. It becomes conducive for the infection-causing yeast to grow in the vagina, making it one of the most common issues women deal with during pregnancy.

About 75% of women get a yeast infection in their lifetime, and most end up having it during pregnancy. Thankfully, it does not affect the baby, but it can certainly be uncomfortable for the mom-to-be.

A yeast infection causes significant itching along with a thick, white vaginal discharge. It is not, however, responsible for miscarriages in pregnancy. Discuss with your gynecologist the safest ways to get rid of the infection, since, during pregnancy, there are a number of medications that may not be suitable to use. If the infection is on the skin, topical ointments and natural remedies are often safe options.

However, it is important to talk to your doctor to prevent the infection from spreading. When a yeast infection is left untreated, it has a risk of passing into the mouth of the baby at the time of birth.

How to Prevent a Vaginal Yeast Infection

The following are the best ways to prevent a vaginal yeast infection from occurring in the body:

The above factors, along with practicing basic hygiene in the vaginal area, help prevent yeast infections.

Be sure to visit your doctor at the first sign of a yeast infection.

Apart from various medications, there are also several home remedies that have proven efficacious in treating yeast infections. These remedies take a little more time than medication, but they carry less risk of side effects. These are the six best remedies to naturally control and treat yeast infections: 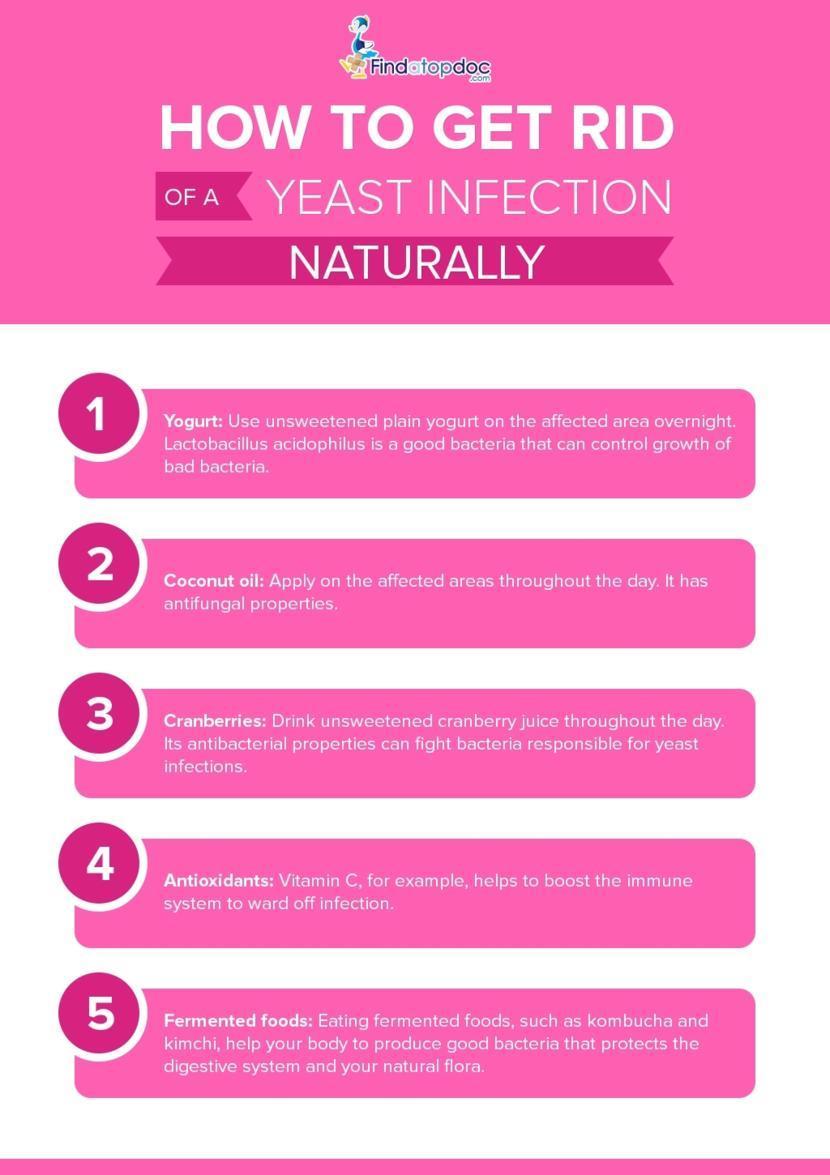 Good bacteria is important to curb the growth of yeast in the vagina. Lactobacillus acidophilus is good bacteria found in yogurt that can significantly aid in combatting a yeast infection. When treating the infection, make sure to use yogurt that is not flavored or sweetened. Apply some yogurt to the affected area and let it rest for about half an hour or even overnight to get rid of the burning and itching sensations. Use a tampon dipped in yogurt and insert it for two hours or so to allow the good bacteria to directly enter the vagina. Continue this twice a day until you get relief. It is also important to make yogurt a part of your everyday diet to control the growth of yeast infections.

Coconut oil is nature’s best gift for a number of health-related ailments. It has certain anti-fungal properties that can greatly help kill fungi and yeast infections. Coconut oil can be applied liberally over the affected skin areas. A mix of coconut oil with cinnamon oil is also known to be very beneficial in treating the infection and controlling its growth.

Tea tree oil is known to be a naturally powerful anti-fungal ingredient that helps curb the growth of an active infection. This remedy, however, is not advisable for pregnant women, as tea tree oil could harm the baby. Tea tree oil should be diluted, as it may be too strong to be directly applied to the skin. Dilute the oil with an equal portion of almond or olive oil and apply this to the affected skin several times. You can also put a few drops of the diluted tea tree oil on a tampon and insert it into the vagina for a couple of hours. Repeat the process twice a day for faster recovery.

Oregano oil has several compounds that are anti-fungal and help treat infections. Oregano oil also boosts immunity, which can help the body fight various germs and infections. Dilute oregano oil with some olive oil and dab lightly on the affected areas of skin. The oil could be too strong and so must be diluted before application. You can also orally consume one to two capsules of oregano oil every day to boost immunity and fight infection.

Calendula is a popular herb with significant anti-fungal and anti-inflammatory agents that are highly beneficial in treating various types of skin infections, including yeast infections. Applying calendula is easy: just crush a few leaves of the herb and apply externally to the affected area. Repeat until the infection heals completely.

What Is a Yeast Infection of the Skin?

Will tampons cause a yeast infection? 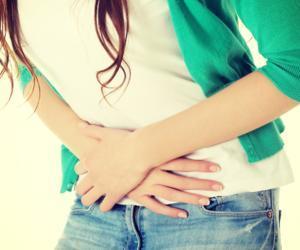 What is a Yeast Infection?

Will tampons cause a yeast infection?