If a person has shallow breaths or has one or more pauses in breathing while he or she sleeps, then that may be because of sleep apnea. Sleep apnea is a kind of disorder when the upper airway is occasionally hampered during a person’s sleep. According to the National Heart, Lung, and Blood Institute, the pauses may last from a few seconds to minutes and may occur 30 times within an hour. This leads to having a poor quality of sleep and a feeling of extreme tiredness in the morning even if one has completed that full night sleep. Apparently, this leads to a lack of concentration on any daytime tasks.

Sleep Education indicated that when the body lacks oxygen, it may lead to negative consequences, such as high blood pressure, heart disease, stroke, prediabetes and diabetes, and depression. 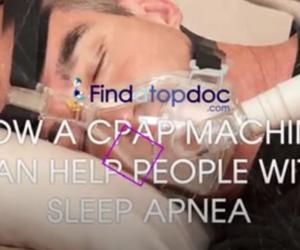 Sleep apnea is hard to diagnose. The victims of this disorder do not even know that they have it since the signs only come out when they are asleep. Thus, a family member may be the one to first recognize these signs.

The standard treatment for this syndrome is done by wearing a mask during sleeping. This delivers a continuous positive airway pressure or CPAP.

The relationship of sleep apnea and inflammation has been studied for a long time now.Back in 2013 as stated in The New York Times, a study was made by a team of researchers who carried out a meta-analysis on over 1,000 patients. It was shown that by treating sleep apnea with CPAP or continuous positive airway pressure can reduce the levels of two proteins associated with inflammation. These are the tumor necrosis factor and the C-reactive protein or CRP. That’s why the use of CPAP or the continuous positive airway pressure was highly recommended to reduce the inflammation.

A study even suggested the significant effect of using CPAP in decreasing one’s blood pressure and C-reactive protein by 20%. According to an issue of the New England Medicine, a combination of CPAP and weight loss gives a more effective attempt of reducing the CRP levels.

Now, as stated in the News Medical Life Sciences, this disorder affects 17 and 24 percent of men while 5 and 9 percent of women. This is because men tend to have more belly fat which put them to a major risk of having a sleep apnea. With this, higher levels of inflammation are observed.

The severity of sleep apnea is greatly related to the high levels of inflammation. This refers to the reaction of one’s immune system in which white blood cells produce some chemicals to stop the foreign substance inside a person’s body.

Then, they conducted the research on the 51 sleep apnea patients who were between at the ages of 5 and 12 at the beginning of the study. There were two visits done, one was at the beginning of the study and the other was after eight years. The patients underwent a sleep study, physical and blood draw during those years.  Each participant was closely monitored by the researchers. They measured the participant’s sleep apnea severity, measured his or her weight and height, and checked his or her blood for levels of C-reactive protein, which is also known as CRP, a marker of inflammation.
After the data analysis, they found out that the boys who increased their waist circumference also increased their CRP. Aside from that, increased CRP caused sleep apnea in adolescence

Gaines stated that their findings suggested that inflammation from the abdominal fat precedes the development of sleep apnea, rather than simple occurring as a result of the disorder. She also stated that other research has shown that weight loss can be a solution to reduce the severity of sleep apnea.

Hence, metabolic factors should be well-observed even during adolescence. According to Alexandros Vgontzas, a professor in the Penn State College of Medicine, the results may change the way physicians treat and make prognoses about sleep apnea in both children and adults. Thus, other alternative treatments other than CPAP or the continuous positive airway pressure machine may be developed so other sleep apnea patients who don’t like to use CPAP may have other choices to choose from. Vgontzas also said that the new finding may also help doctors in making prognoses.

It clear that sleep apnea and body fats are related. Thus, it is important for one to maintain a fit body to avoid this kind of disorder. This should not be maintained by adults only but also by kids, especially for males since they are the common patients of this disorder. It is much advisable to start maintaining a good health at a young age so that disorders like sleep apnea will be avoided. Since most major diseases usually create minor yet risky ones, so exerting effort in keeping a healthy body serves as one’s overall protection. After all, doing it does not give a person one but thousands of health benefits. 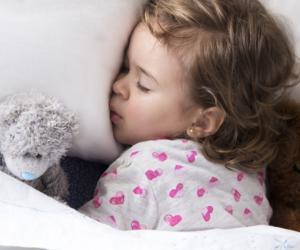 I am unable to sleep well at night. What could be the...

Snoring Problem? This Dentist May Have the Solution