Influenza, also commonly called as the flu, is a highly contagious respiratory infection caused by viruses, particularly influenza A or influenza B. These viruses usually infect the throat, nose, and lungs. Although the flu causes mild symptoms in most people, it can also cause severe illness and even death in high-risk groups, such as infants, young children, and the elderly. The flu frequently appears during winter and early spring.

Each year, different strains of the flu are circulated. The flu frequently appears during winter and early spring. 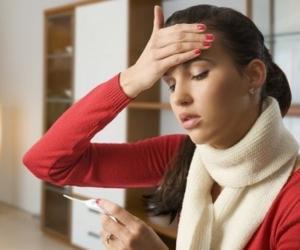 How Can I Tell the Difference Between the Flu and a...

Influenza B is one of the subtypes of the influenza virus. This virus tends to sporadically occur and causes an epidemic and not pandemic. It is very contagious, especially in patients who are very young, old, or with serious medical conditions. Influenza B can also cause severe symptoms. The severity may vary, but the symptoms commonly involved are constitutional and respiratory.

Although most flu symptoms are the same, influenza viruses can mutate and different strains can be produced. Since the virus frequently mutates, regular flu vaccinations are needed to have protection against new viral strains. Before, influenza B was considered to only infect humans, but according to new scientific data, seals (harbor seals and gray seals) can also be infected.

Typically, there is one strain of influenza B included in the seasonal flu vaccine, aside from the two strains of influenza A. Moreover, the influenza B virus usually evolves much slowly at a rate of 2-3 times slower than the type A strain. Influenza B viruses usually infect different age groups. However, when compared to influenza A viruses, influenza B tends to be more common in children than adults.

When someone who has the flu sneezes, coughs, or talks, flu viruses travel through air droplets. You can get the flu virus when you directly inhale these infected droplets or when you pick up the viruses from contaminated objects, such as remote controls, door knobs, or telephone. These viruses can enter your mouth, nose, or eyes.

Flu viruses tend to constantly change or mutate, which is why new strains of influenza viruses regularly appear. People who have had the flu usually develop antibodies to fight off that specific viral strain. In cases when they get infected again by a similar flu virus, the antibodies produced by their body against that strain may help prevent the infection or reduce the severity of their illness. However, such antibodies may not provide protection against other subtypes of influenza, since they are immunologically different from the ones they had before.

Below are the most common signs and symptoms of the flu:

Some of the factors that may increase a person's risk of getting flu viruses include:

Complications of Influenza B

Antiviral medications can help stop viral replication and may reduce complications. Most healthy individuals who have the flu do not need antivirals. Such treatment should only be given to high-risk groups and those who have serious health conditions. Antivirals are ideally administered at the onset of symptoms, which is usually within 48 hours. Antiviral medications include:

To help relieve nasal symptoms, the following medications may be given:

When it comes to fever and body aches:

Always consult a doctor before taking these drugs since naproxen and ibuprofen have side effects, such as stomach bleeding and high blood pressure that can affect kidney function. Acetaminophen can also affect the liver if not taken in correct dosages.

The best defense against the flu is to receive annual vaccinations.

What medication is the best for flu?

How is the flu spread from person to person?

What should I take incase of a common cold and flu?

More from FindATopDoc on Influenza B

Are there any medications available to prevent the... 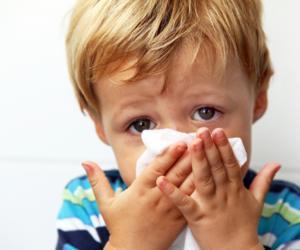 Chiropractic and the Fight Against Cold and Flu Season

Should I Receive a Flu Shot this Year?

Is flu season bad this year?