Cancer is caused by a change in your genetic sequence. Genes are responsible for designing your body. Any alteration at that level will alter your body patterns.

Cancer is an uncontrolled production of abnormal cells. Usually new cells are formed when your body needs them. For instance, while you are recovering from a wound, new skin cells are formed. Those cells die after some time. If you have cancer, your body will produce cells when you don’t need them, ones that don’t die. Those cells form a mass called tumor.

Cancer results when tumor suppressor genes are subdued or oncogenes are stimulated. You have 2 copies of genes. One from your father and from your mother.

Cancer is more commonly seen in those who have a blood relative with cancer. If your father had cancer, it’s likely that genes which you inherit from your father carry cancer causing genes. If your mother does not have cancer, the rest of your genes don’t carry cancer. Hence, though you are at a higher risk, you may not get cancer, until your healthy genes are affected.

For an instance, you have a cell which has a mutant or genetically affected copy of pancreatic cancer, but your other copy of genes of that particular cell may be intact. If somehow due to environmental factors such as smoking, that copy also gets mutated, you have the pancreatic cancer causing cell. That will eventually form a tumor.

Hereditary aspects of cancer are sometimes part of a syndrome. Hereditary breast and ovarian cancer syndrome, and familial atypical multiple mole melanoma (FAMMM) syndrome are few of them.

But before you decide to get yourself tested, check with those who are experts in genetics such as geneticists. They can help you understand what these tests can detect, what they can’t detect, and how to interpret results.

What are the Signs and Symptoms of Pancreatic Cancer?...

How successful is pancreatic cancer surgery? 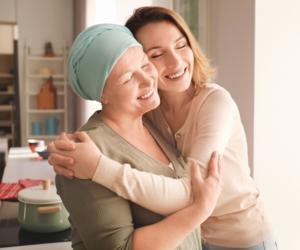 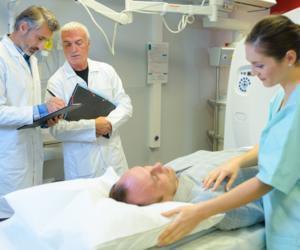 What Are the Symptoms of Pancreatic Cancer?