The organic studies of schizophrenia outnumber, by far, the psychological ones.

The quantity of these works and the variety of directions that they have taken reveal that no breakthrough has been made. Even in fields like genetics and biochemistry where some evidence of the organic nature of schizophrenia has been collected, the results are unclear and controversial. Some approaches popular in the 1920s and 1930s have been totally abandoned and would seem absurd today, such as the studies that investigated the supposed tubercular origin of schizophrenia or an etiologic connection with rheumatic fever. The constitutional, cardiovascular, endocrinological, and neuropathological researches have lost ground. On the other hand, the genetic, biochemical, and neurophysiological approaches have gained support. 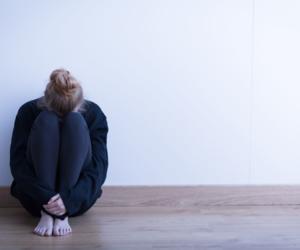 Heredity has been studied in reference to schizophrenia since the early period of classic psychiatry. There are two major types of genetic research. The first one includes collecting statistical data from family studies and surveys of total populations to determine whether the morbidity risk is higher than expected in certain families or other groups. A second set of studies involves investigating schizophrenics' special physical characteristics (typically, the chromosomes) that are connected with genetic characteristics.

Statistical studies have generally consisted not only of collecting data, but also of determining whether these data could be interpreted in accordance with Mendel’s laws (and their derivatives). On Kraepelin’s request, Riidin was probably the first author to make significant attempts to prove the assumption that schizophrenia was determined by genetic Mendelian traits. Although he continued to believe in the genetic origin of schizophrenia, he had to abandon the idea that the disorder was transmitted by a single Mendelian trait. Later (1916) he advanced the theory that the disorder was caused by recessive genes.

Kallmann (1938, 1953) conducted two of the most important investigations into the genetics of schizophrenia: the first was on the relatives of over 1,000 patients of a Berlin psychiatric hospital and the second was on 953 twins from psychiatric hospitals of New York State. Although Rosanoff and co-authors had already studied the incidence of schizophrenia in twins, Kallmann’s work was the one that inspired a large amount of similar research. Kallmann (1959) called the twin-study method a “quasi-experimental procedure.” It permits the study of two genetically different types of twins—one-egg (monozygotic) twins and two-egg (dizygotic) twins.

Monozygotic twins, who of course are always of the same sex, are supposed to have the same genetic sets. Kallmann concluded that single-factor inheritance of recessive type is the genetic cause of schizophrenia. However, the single recessive factor is modified by the action of other genes. Kallmann found that the full siblings of patients have a higher expectancy (11.5-14.3 percent) for the disorder than half siblings (7.1 percent), and half siblings have a much higher expectancy than step-siblings (1.8 percent). He found the highest incidence of schizophrenia in the children of two schizophrenic parents and in monozygotic twins.

These studies have been very interesting and accurate but unfortunately inconclusive. Rosenthal (1963) reported on a set of quadruplets. All the members of the set were found to be schizophrenic, but their disorder presented various degrees of severity and different symptomatology. Swanson, Brown, and Beuret (1969) reported a family with non-schizophrenic parents and four schizophrenic children, possibly five if we include the controversial diagnosis of another child, an alcoholic. The authors felt that the occurrence of schizophrenia in at least four out of six children suggests a heterozygous or dominant transmission; but contradicting this hypothesis is the fact that neither parent was afflicted. One would have to assume that “reduced penetrance of the dominant factor could exist in one or both parents.” The authors preferred to attribute the most important role to psychological environmental factors.

Scott and Ashworth (1969) have reported their studies of schizophrenics coming from families where schizophrenia had already appeared, but they give a psychodynamic interpretation to their findings rather than a predominantly genetic one. They explain a new way “in which schizophrenia may be visited upon the third and fourth generation.”

The authors feel that “if the parent of a schizophrenic had an experience in earlier life of psychotic illness in a close relative, this psychotic ancestor may act as a powerful aetiological factor, operating primarily through intrafamilial expectations and relationships.” The authors found several cases in which a parent experienced the patient as he once experienced his mentally ill relative. In some cases, the parent literally saw the patient as the “same as” the mentally ill relative and destined for the same fate. The image of the ill relative had been present as a secret fear; the parents were looking for a duplication of such image both in themselves and in their children. The parents, however, deny such fear, and this denial produces a state of de-personalization and unrelatedness that increases the psychopathogenic effect of the family on the prospective patient.

Chromosomal and Other Physical Data

Psychodynamic factors are prerequisites to schizophrenia. No schizophrenic who was examined psychodynamically was found to come from a well-adjusted, harmonious family and have had no serious conflict. However, the findings reported in this article indicate that a genetic predisposition is necessary to channel the psychogenic factors along certain patterns, and to provide the additional elements necessary to the interplay of causes and effects, which eventually leads to the disorder. 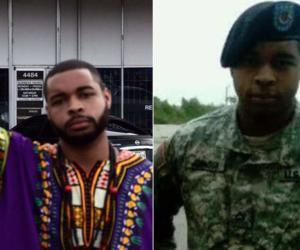