Is There a Genetic Factor Triggering Growing Incidence of Testicular Cancer?

In testicular cancer, germ cells that populate the seminiferous tubules of the testes, and which are responsible for growing into matured sperm, seem to lose control and multiply without pause, creating a larger mass of tumorous tissue. Besides pain, swelling and fluid accumulation, testicular cancer triggers a host of sexual problems in men such as loss of libido, erectile dysfunction and inability to father children. The mystery of what causes testicular cancer remains for the most part unresolved, but scientists are now of the opinion that nearly 50 percent of testicular cancer is inherited through defective genes. The balance is caused by various environmental and physiological factors and diseases that compromise the body’s immune mechanisms.

What we currently know regarding testicular cancer 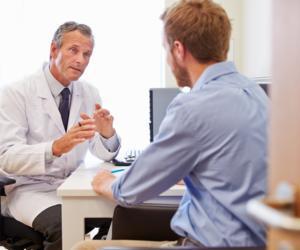 Almost 98 percent of testicular cancer originates in the germ cells that are destined to grow into matured sperm. These cells are confined to coiled tubular structures (the seminiferous tubules) that eventually stash maturing sperms into larger ducts that empty into the epididymis. A larger duct carries the sperm to the urethral opening during ejaculation after it has mixed with seminal fluid and prostatic secretions.

Cancer research in the UK, Europe and America clearly established that testicular cancer was an inheritable condition, and changes or mutations in the chromosomal code were responsible for the deviant behavior of testicular germ cells. This conclusion was largely based on research that compared normal chromosomes in healthy males with deviant chromosomes that are taken from patients of testicular cancer. Scientists were able to pinpoint minor chromosomal changes (mutations) that distinguished the cancerous cells and may have been responsible for their uncontrolled growth.

The fact that half of all the researched cancer cases appear to be have been inherited is a phenomenon which is unique to testicular cancer. Other types of cancer do not register more than 20 percent citing inheritance of mutated chromosomes as the causative factor. This is a significant discovery because it opens up two exciting possibilities. On the one hand, through screening, we could identify males that face the greatest risk of inherited cancer, and on the other hand, we could isolate the genetic triggers that cause testicular cancer. Once the triggers are located, new drugs could be developed to counteract the destructive consequences of mutated genetic codes.

Every cell carries a total of 46 chromosomes in the form of 23 identical pairs. Each chromosome is a strand of DNA threading a number of genes in quick succession. Each gene carries the genetic code to make one protein, and through these proteins, the gene controls each and every function of the cell, and various organ systems and the body as a whole. The variations or mutations were not huge as in the case of a single large gene changing completely; on the contrary, the changes were confined to minor variations in the genetic code, and till now only around 9 percent of these mutations have been identified. That leaves the field wide open to identify and list the majority of genetic mutations that trigger testicular cancer. In the not too distant future, we could be routinely screening men for the risk of testicular cancer, enabling those at risk to adopt preventive measures to contain the disease and neutralize its more debilitating symptoms.

In some instances, the changed genetic code was seen to be responsible for increasing the cancer cell’s resistance to chemo drugs. This encourages scientists to come with variations of drugs that target testicular cancer cells selectively and more aggressively. Once the changes are more clearly understood, it should become possible to decide whether surgery is all that is necessary to treat the disease or whether chemotherapy and radiation therapy need to be dosed more aggressively to prevent recurrence. Thus, a better understanding of mutational changes should automatically result in more standardized treatment that perfectly matches the needs of each individual.

Congenital disorders have a role in triggering testicular cancer

Studies reveal that certain congenital abnormalities predispose men to develop testicular cancer at some stage or other in their lives. These are disabilities that a baby is born with and over which the body has no control.

The presence of an additional X chromosome over and above the pairing of one X and one Y chromosome in the cell triggers an abnormality in men that suppresses male features and replicates predominantly feminine features. Such males will possess a softer voice, larger breasts, wider hips, and smaller sex organs, besides having lesser body hair. They may remain sexually active and may not show diminishing sex drive but become incapable of fathering children.

In Down’s syndrome, men are intellectually impaired at birth and possess distinctive facial structures like wider spacing of the eyes, flatter nose and facial features and a shorter throat. The abnormality is noted for degrading testicular development at the fetal stage. Infertility is a common thread that binds men affected by Down’s syndrome.

It literally means a tear or cleft on the underside of the penis. This is an abnormality that shifts the urethral opening from the tip of the glans to a position located further down the penis. Though surgically correctable, the condition predisposes men to testicular cancer.

The hereditary nature of testicular cancer is proved beyond doubt and half of all testicular cancer cases can be traced to defective genes and congenital conditions while the remaining cases are influenced by environmental and physiological factors. Though some of the mutant genes have been identified and studied threadbare, a lot remains to be done to unearth the causative factors that explain the growing incidence of testicular cancer. The answers will probably lead to more refined treatments that are targeted specifically to suit individual needs. Better screening methodologies will ensure that men who are at a higher risk of genetically transmitted causes are able to prevent or delay this rare disease before its bite assumes life-threatening proportions.

Do I Need My Testicles Removed If I Have Testicular... 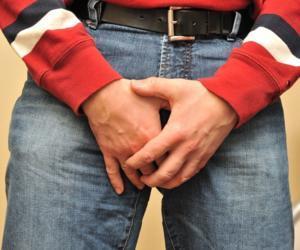 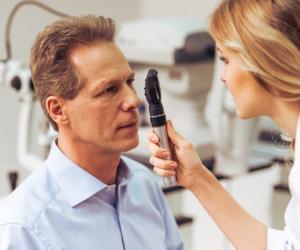