Hyperthyroidism refers to the condition when there is an over secretion of thyroid hormones by the thyroid gland in the body. The hormones T3 and T4 are way over their normal levels. Often referred to as an overactive thyroid, there are various causes of this disease, but the one that is most affected by it is the metabolism of the body (production and use of energy by the body).

The thyroid plays a major role in the digestion of food in the body, controlling the heart rate and other functions. Whenever hyperthyroidism occurs, all of these body functions are affected negatively, leading to many symptoms. Some of these symptoms include: 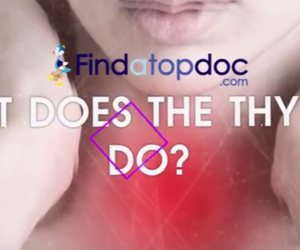 Weakness in the muscles

Hyperthyroidism increases the body cells’ metabolic rate, which means that the cells produce a lot of energy. However, that only happens for a while. As the condition continues to develop, these cells begin to break down due to increased activity, and this brings the individual weakness and fatigue.

Due to the overproduction of Thyroxin (T4), the muscle fibers may degrade and eventually produce fatigue and weakness mostly in the thighs and the upper arms. A serious condition called thyrotoxic myopathy can develop if there is a related disorder like Grave’s (an autoimmune disease) involved with it.

Increased metabolism due to increased levels of thyroid hormones automatically means there will be increased energy in the body. For the body to accommodate this new found energy, it may have to increase the heart beat to make sure the cells have an adequate supply of oxygen for metabolism. The condition is known as tachycardia (rapid heartbeat) and the rate increases to about 100 beats per minute. This can also cause an arrhythmia (irregular heartbeats) and give rise to frequent palpitations.

Another consequence of increased metabolism is the increase in heat energy – oxidation of glucose in the cells produces energy. Due to the increase in heat around the body, perspiration will also increase and the person may sweat profusely. Thus, such a condition can also lead to an increased loss of salt content in the body. The core body temperature may be affected with the added feeling of weariness.

The body is usually capable of regulating the amount of energy produced by slowing down metabolism when it is not needed. After slowing down metabolism, the excess glucose is converted into fat and stored for use later. With hyperthyroidism, however, the body can’t control the metabolism rate, and instead oxidizes all the glucose into energy and begins to convert fat into glucose too. If this keeps going on, the individual loses fat stored under the skin and appears to lose weight. Irrespective of the food you eat and the amount of it, there is still a loss of weight. This is a striking sign of an overactive thyroid.

An increased appetite and sudden weight gain, which is rare, can also be the symptoms of hyperthyroidism.

Increased energy in the body usually results in increased body functions. However if there is no activity to channel this energy, the brain becomes hyperactive, leading to the symptoms above.

Here, the person shows an acute case of anxiety and irritation due to the increased activeness of the whole sympathetic nervous system. Anxiety, being the most probable symptom, is also accompanied by sleeplessness, tremors and nervousness. Panic attacks are also seen in some patients.

This is also the result of metabolizing all stored fat, leaving the skin thinner. Symptoms like split nails, dry skin, and an inability to tolerate the cold are also seen in some patients.

These symptoms are often indicative of hyperthyroidism, but before a diagnosis, the medical practitioner must first determine whether the symptoms are caused by a malfunction of the thyroid or are the result of a different problem. Often such ailments may be skin related or caused by an allergen.

When hyperthyroidism is the result of the autoimmune disorder known as Grave’s disease, it may lead to ophthalmopathy. Here, the patient suffers from enlarged eyeballs due to swelling in the eye muscles. Goiter, or swelling of the thyroid gland in the neck region, is also a common symptom of it.

Some visual symptoms of the eye like lid lag, lagging of the eyelid, ocular muscle weakness and exophthalmos, eyeball protrusion, may be a sign of this disease.

A rare complication of hyperthyroidism, thyroid storm may be the result of an infection. The symptoms include – vomiting, irregular heartbeat, diarrhea and in most cases death. Such symptoms require immediate medical assistance.

Radioimmunoassay techniques are used to measure the levels of hormones circulating in the blood. Since thyroxin hormones are transported in the blood, it is possible to determine whether the levels are above normal. It is important to note, though, that increased levels of thyroxin hormones in the blood do not immediately result in a positive diagnosis of hyperthyroidism. It could also be due to an over-stimulated pituitary gland, which is why two or more tests have to be carried out first. Some of the tests used include:

After the diagnosis is complete, the doctor can then prescribe any of the available treatment options.

Would you recommend an acupuncture treatment for treating...

Can hyperthyroidism hair loss be reversed?

Does hyperthyroidism cause grey hair? 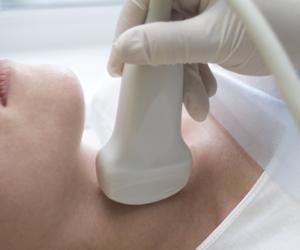 Would you recommend an acupuncture treatment for treating a hyperactive thyroid?