As someone gets older, they are more at risk for neurodegenerative diseases. Among these diseases is Parkinson's, which affects a patient's movements and motor skills.

Parkinson’s disease does not only result from old age. It also has been shown to occur more frequently among men who are genetically predisposed and/or have had exposure to certain toxins, such as herbicides and pesticides. As of today, there is still no known cure for Parkinson’s, but several medications and physical therapy treatments have been proven to alleviate symptoms.

Since Parkinson’s develops gradually, its early symptoms usually go unnoticed. Typically, a symptom starts on one side of the body and gets worse. Over time, these symptoms may spread all over the body, making it difficult for the patient to move around. They also vary in type and frequency from person to person. Here are some of the common Parkinson's symptoms:

The freezing of gait (FOG) symptom

Balance problems are among the most difficult and common symptoms of Parkinson's disease.

Issues with balance are referred to as the Freezing of Gait (FOG). FOG is described by experts as the inability of patients to move on their feet as normal people do when trying to walk. As a result, patients choose to stay at home or use a wheelchair instead.

However, those who are courageous enough to take a walk are still not free from FOG, as this happens while they're walking. As FOG occurs, patients tend to take smaller steps as well. After a while, they suddenly increase the frequency of steps. The variability can go in circles, but patients may still be able to complete a whole routine. However, this isn’t always the case. Some of them completely freeze while walking which affects their balance, causing them to eventually fall.

According to some test results, patients experience FOG when there are obstacles in the way. These obstacles may include a narrow doorway or any visual or auditory stimuli around. Still, even without these stimuli, FOG can be triggered if patients are anxious, depressed, or fatigued. This means that assistance is necessary for Parkinson’s patients when they decide to take a walk.

Although FOG can be very difficult to treat, there are certain ways to manage it. It’s also been shown that patients can improve their walking with visual and auditory cues. That is, if someone or something (like ground marks) tells them where to step forward. The problem is, these cues or marks aren’t always present.

How can the laser shoes help?

The concern if visual cues has become the subject of studies in recent years. In fact, researchers have found a potential solution.

Dutch researchers of a new study have actually found that laser shoes may aid Parkinson's patients with walking. And, these laser shoes are not like any other. In fact, they have been proven to alleviate the freezing episodes of gait among patients with Parkinson’s disease.

As its name suggests, the shoes project a laser-induced line on the floor to guide patients with their footsteps. Upon foot contact, the left shoe projects a line in front of the right foot telling the patient to take a step on the right. The right foot does the same for the left, until the patient reaches his or her destination.

In the study, 19 Parkinson’s patients with FOG were tested in a controlled gait laboratory. All these participants underwent trials wherein their movements were observed both with and without visual and auditory cues. The test was done following the principle behind visual cues that say patients can continue walking when they can consciously refer to an object (imaginary or real) on the floor. The findings are both surprising and promising.

The study has shown that 46 percent of freezing episodes were reduced when the patients were not on medication. When they were on medication, a 38 percent reduction was still observed. Moreover, the time that the non-medicated patients were frozen was also reduced by 57 percent. Those who were medicated had a slightly smaller reduction at 51 percent.

The major finding was that the laser shoes had a beneficial effect on all of the Parkinson’s patients who used them (19/21). According to the data, Parkinson’s patients with FOG has had less freezing episodes and less time frozen when they used the laser shoes. Surprisingly, those patients who were not under medication has had a significant improvement than those who were. All of these patients were happy with the results and announced that they would use the shoes, even when the lasers are activated all the time.

This new ambulatory device still doesn’t activate when there are physical blockages around. So, researchers plan to make other adjustments to the shoes to make it even more useful for Parkinson’s patients with FOG. They are also calling upon other experts for further tests and examinations.

The FOG is among the most concerning symptoms of Parkinson’s disease. Not only does it limit the patient’s movements but they also affect how they act around their loved ones and everyone around them. If not addressed well, this could result in more problems as patients may suffer from falling on their feet while walking.

Patients, though, aren’t left without options to take. Technological developments can aid them in their battle with Parkinson's disease. The laser shoes have already helped a number of patients. While it is still in development, we expect them to help a larger number in the future.

In the meantime, patients can change their lifestyle and use physical therapy to help cope with their symptoms. 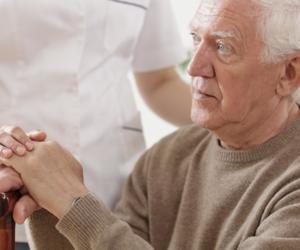 5 Things Everyone Should Know About Parkinson's Disease 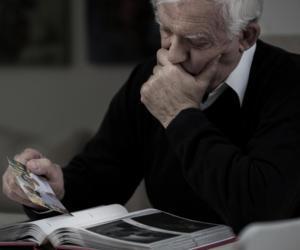 This Is How Parkinson's Affects Life Expectancy 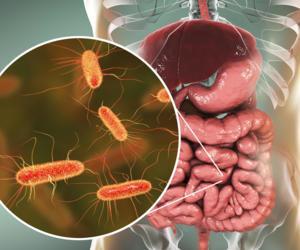