According to a recent study, people who are above 60-years-old should exercise more than younger adults to maintain healthy muscle mass. Lifting weights will help them to maintain the mass and size of muscles, reports the study. Study co-researcher and physiologist Marcas Bamman, PhD, of the University of Alabama, Birmingham, says that this is the first of its kind to say that older people requires more maintenance activity than younger adults to have muscle mass increase. The results of the study are published in Medicine & Science in Sports & Exercise.

Loss of muscle mass during old age, also known as sarcopenia, is one of the important challenges in biomedicine in this age. Resistance training techniques like weight lifting is the best way to control this. Researchers had the objective of determining the impact of scaling back of weight lifting on muscles and strength. In this study, 70 adults of two age groups, one between the ages of 60-years-old and 75-years-old, and group two between the ages of 20-years-old and 35-years-old, were recruited for the study. During the first four months of study, all the participants did exercises three times a week. The exercises included three sets of knee extensions, leg presses, and squats. The resistance was gradually increased during this period and everyone had an increase in the muscle mass.

Can I work out after a chiropractic adjustment?

During the second phase of the study, researchers focused to find the effect of inactivity or reduced exercise on the muscle mass. In this phase the participants were divided into three groups – one group did not exercise at all, another repeated the same exercise set but only one day per week, and the third group did only one set of exercises for one day per week.

Maintenance of muscle mass is important in aging, say experts. This benefit is not just for muscle performance but also for improved metabolism, increased aerobic capacity, and improved joint and bone health. The researchers remark that this shows the importance of progressive resistance training in improving the functional status of the individuals.

What can cause sudden knee pain? 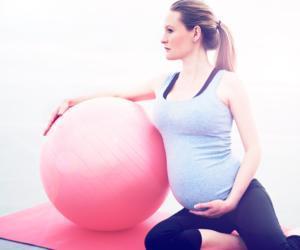 Is Walking an Effective Workout?