Those who are having issues with diabetes already know what issues can be faced, in the present and down the road. Knowing when to seek help for these issues is challenging enough, but those who are transgender already face many more roadblocks than others who are facing any type of diabetes. A recent study posted in Diabetologia has shown some news that is not hopeful to those who are wanting to seek out hormone therapy and looking for ways to express their self. Indeed, there are several different types of hormonal therapies and factors that come into play when looking at the study between diabetes patients and those who are going under hormonal therapy.

Those who are transgender and were reported to have diabetes faced some issues while undergoing the hormonal therapy and diabetes treatments. Levels that were shown to be related to the levels of triglycerides and low-density 'bad' cholesterol had a different effect on those who were undergoing hormonal therapy treatments. As far as statistics go, transgender individuals are shown to compose around 0.06% of the adult population in the United States of America alone. This is not including the number of unreported accounts and those who have a different identity. With over half of the United States population expecting to develop diabetes during their lifetime, it is highly suggested that this issue be taken seriously overall. 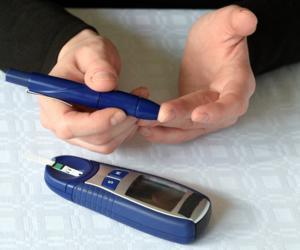 Can Diabetes Be Associated with Other Health Conditions?

It can be said that those who have diabetes already face many issues with their health; worrying about interactions when undergoing a bodily change can be a large amount of stress on anyone. Lowering the potential risk for high blood pressure and other disease is possible through exercises and a proper diet. The risks of diabetes are already high, meaning that extra caution should be considered when undergoing various types of hormonal therapy when diabetes is present in the system. Knowing that transgender people face their own special set of issues will go a long way in an understanding and factual manner of treatment.

It is possible to lower these risks, but they should be kept in mind for any transgender individual undergoing hormonal therapy. Looking up these facts and what will keep one healthy over a specific amount of time can be helpful. Knowing when to seek help for both hormonal and diabetes changes can make life more manageable for those facing both of these matters at hand. Researchers at The University of New Mexico studied various factors and found that hormonal therapy and having diabetes can have conflicting interests. Risks that are generally associated with diabetes were shown to have an increased level.

Transgender women with Type-2 diabetes were found to have higher 'bad' cholesterol levels and lower 'good' levels of cholesterol overall. Those with diabetes and body dysmorphia issues were also shown to be higher than average. The research team, in addition to finding out dysphoria issues, found that transgender women with diabetes were also more likely to have psychological issues. This was found to be true for both present and current issues. Substance abuse and emotional trauma are also included in these, too. It was found that even those who had support from others were still facing issues. This includes a copious amount of emotional and healthcare support.

Having diabetes was, overall, shown to create more issues and heighten the risks associated with the disease overall in transgender individuals throughout the study. For those transgender men, women, unknown, and those who identify as non-binary, it is vital to consider what hormonal treatments are safe with any form of diabetes at any stage. With more and more individuals developing diabetes, the issue is more real than ever. The rising numbers continue to offer more of a demand than ever for information related to diabetes and the transgender population throughout the country and around the globe.

Finding Ways to Manage and Diet

It can be a startling diagnosis to find out that one is suffering from diabetes or any form of the dreaded content that is facing almost half of the American population. If an individual is suffering from issues relating to diabetes, seeking out proper healthcare is vital to overall health and management of the risks associated with diabetes and hormonal therapy. Different types of therapies are available, leaving some individuals confused as to what can impact their overall health if they have diabetes. Those with a proper and a balanced diet are far more likely to have fewer issues and less of an associated risk of having problems while taking hormonal therapy treatments and continuing to manage their diabetes down the road.

While the entire study is still recent in the news, this has been a concern when it comes to diabetes for years. Researchers are just now finding out the other possible issues that can come with using hormonal therapy. Hormone therapy types such as estrogen therapy were shown to raise the risk of heart issues, in addition to a lower intake of Vitamin D. Finding a work out plan can assist in some cases, but knowing the overall risks is an important step to take. Ignoring issues will not help, which can be difficult when paying for other forms of treatments without any assistance. This makes it much more likely for physiological issues to be ignored. Although the population's age should be properly considered, knowing what could help down the road for even younger individuals could save millions in healthcare and lead to a healthier population.

Having a proper eating plan and a pattern will assist with diabetes management and hormonal therapy side effects. Although it is definitely easier said than done, sticking to an eating pattern will help with avoiding insulin spikes and lower the risks of side effects associated with diabetes.. There are a few diets that should be considered, according to the official American Diabetes Association. A vegetarian diet can be considered, so long as an adequate amount of protein and other nutrients are being consumed. Cutting out fatty red meats has been shown to assist with not only diabetes, but also with the general side effects associated with hormonal therapy. This can lower cholesterol levels that are bad and promote better health. A diet that is also low in carbs could be of great assistance for a healthier change of eating practices and diet styles.

For those who are overweight, losing some extra pounds could be suggested by their healthcare professional. Before seeking out a diet change for those with diabetes and on hormonal therapy, talking to a healthcare professional is of utmost importance. While there is certainly not a one size fits all diet as noted by some, eating healthier overall is a great way to start a better lifestyle. Finding a registered dietitian is a key to taking improved control of one's own health. Having a food pattern and diet plan has been shown in numerous studies to assist all types of individuals, no matter at what stage in life they are at. Reading up on the side effects and what has been found through modern research is a factual method of bringing up information and concerns to a healthcare professional that is offering hormonal therapy and diabetes management treatment.
https://www.medpagetoday.com/meetingcoverage/easd/67880

Type 2 diabetes in children. Is it because my child... 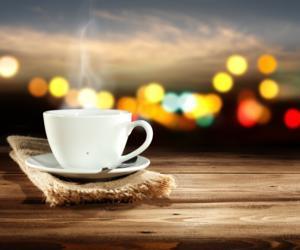 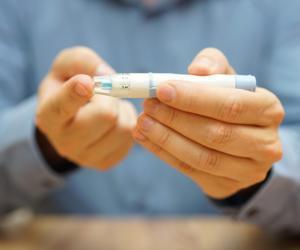 Understanding the Risk Factors for Prediabetes

Will my diabetes cause delay in my healing post a bariatric surgery?

What tests are used to check for diabetes?

My mothers feet are turning black and extremely itchy. What should we do?