A study published in, American Journal of Preventive Medicine, shows that people who commute long distances to work tend to have poor health. People who traveled more than 15 miles a day were more likely to be obese and had more belly fat, when compared to people who traveled less than 5 miles to the office. They also had less exercise, when compared to the counterparts who had a short commute to the office. Those who drove for more than 10 miles were more likely to have high blood pressure. All these added up the risk of heart disease in people who commute a long distance to work.

“Increase in BMI, blood pressure, and waist size may lead to diabetes and cholesterol, which in turn may result in heart disease," says Suzanne Steinbaum, DO, a preventive cardiologist at Lenox Hill Hospital in New York City. Steinbaum feels that this is one lifestyle that should be changed to prevent illness later.

Are heart rhythm problems a sign of heart disease?

Have a question aboutBMI?Ask a doctor now

In this study, the researchers followed up more than 4,200 adults who commuted to work in two cities in Texas. The shortest road routes between the office and home of the participants were tracked using satellite maps. All the participants took up a treadmill test to measure their ability to do their exercise vigorously. A number of indicators for heart disease and diabetes – blood sugar, cholesterol, total fat, belly fat and BMI – were also measured. Participants also reported on the intensity and regularity of their weekly exercises.

“This is the first study to show that long commutes decreases the time for exercise and fitness levels while increasing weight and blood pressure, all of which predict heart disease, diabetes and some cancers," says Christine M. Hoehner, PhD, MSPH, an assistant professor of public health sciences at Washington University School of Medicine in St. Louis.

The study does not prove that all the health issues are caused directly by longer commutes. It is also possible that people who commute a long distance engage in other behavior that may increase the risk of weight gain. According to the researchers, of all the places that we sit in a day, the car is the most dangerous one. Richard Krasuski, MD, director of adult congenital heart disease services and a staff cardiologist at Cleveland Clinic in Ohio, says that sitting in the car is the worst as it is difficult to interrupt it. Sitting in front of a work desk is less troublesome as you can always try to get up and stretch a bit. “In a car one is confined to the tiny space and cannot move around much," adds Krasuski.

Some of the earlier studies had shown that traffic congestion while commuting may increase the stress. Stress is the major risk factor for a number of diseases like heart problems and strokes. This is initiated by the stress hormones which increases the heart rate and blood pressure. Thomas J. Christian, PhD, a post-doctoral fellow in economics at Brown University, says that most of the people who spend a lot of time in the car tend to make more "non-grocery food purchases”. This means that they tend to eat out more often than others.

Hoehner feels that the real cause for the association is not yet clear and diet could be one of the reasons. Traveling longer may lead to more of junk food. “Sleep may also be one of the links between the two as people who travel more have less sleep. Less sleep may lead to increase in weight and blood pressure”, adds Hoehner.

Steinbaum feels that being in the car for a long time is the perfect brew for bad health. According to her people who spend a lot of time on commute should try to balance the sedentary time with more activity at home and work. Eat well, exercise, take the stairs, and put a pedometer to keep things more active and healthy.

Sleep Apnea, Obesity, and Hypertension: What Is the...

More from FindATopDoc on BMI 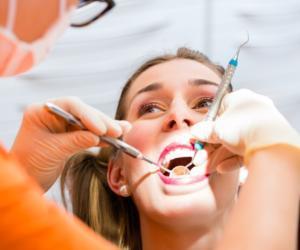 Invasive Dental Treatments May Increase the Risk of...