Melanoma is a form of skin cancer that develops in the melanocytes, which are the cells that determine your skin color because of the melanin pigment. Melanoma has the ability to develop in various parts of the body including the eyes, nails, mouth, as well as some internal organs such as the intestines.

When unrepaired DNA damages the skin cells, it results in cancerous growths. This triggers mutations or genetic defects, ultimately leading the skin cells to rapidly multiply and form tumors which are malignant. 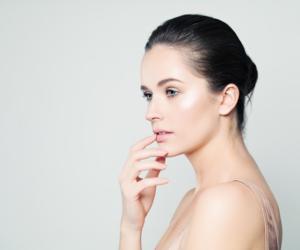 What is Acral Lentiginous Melanoma?

While reports state that the exact cause of melanoma isn't clear, it is likely that melanoma is caused by excessive exposure to ultraviolet light (UV), which damages the skin. UV rays come from the sun, tanning beds and sun lamps, and excessive exposure or use of these machines can increase your risk of developing melanoma. Therefore, being minimally exposed to UV radiation significantly reduces an individual’s risk of developing melanoma. However, the condition has been observed mostly in women under 40 years old.

Individuals with fair skin and with a family history of melanoma also appear to be more prone to developing melanoma. However, melanoma can affect anyone regardless of his or her skin color.

Unlike most skin cancers that grow slowly, melanoma is quite aggressive and often affects various organs of the body, if not treated. Melanoma can be treated successfully if it is detected early. It can be treated with options like surgery, chemotherapy, radiation treatments and other types of medication. Here are the most important facts you must know about this deadly skin cancer.

UV damage caused by staying in the sun for long periods of time and being frequently exposed to tanning lights and beds increase a person’s risk of developing skin cancer, especially melanoma.

There are two types of ultraviolet rays, UV-A and UV-B, that could lead to one developing melanoma. UV-A contributes to skin aging and wrinkling and is fairly constant throughout the year. UV-B is very much stronger than UV-A. It is the most common cause of sunburn and during summers, these rays become very intense. More time spent in the sun increases the chance of higher UV radiation exposure which is very harmful. There are high chances of melanoma if the person is exposed to too much UV radiation at a young age.

The second cause of melanoma is tanning beds, which emit UV rays to speed up the skin's tanning process. Skin tanning has become quite popular among the youth without their knowledge or concern of its harmful effects.

Before the age of 30, if a person is exposed to too much skin tanning, it increases the person’s risk of developing melanoma. Occasional users below the age of 30 are also at the risk of melanoma.

Most people who have melanoma have sustained years or decades of excessive exposure to the sun or used tanning beds. Note that the average age of melanoma patients is 63 years old. However, melanoma can still occur in young adults and is a common type of cancer in this particular population.

Melanoma often looks like moles and can develop from existing moles

Melanoma lesions are infamous for looking like harmless moles. Anyone should be familiar of the moles on their body and look for any changes in appearance or symptoms such as itching or inflammation, which can be a symptom of melanoma. Fortunately, most people seem paranoid of their moles, and many cases of melanoma are treated at their early stages due to early detection.

Malignant or cancerous moles can greatly vary in their physical appearance. Some patients with melanoma may show an ample amount of characteristic traits linked with the disease, while others may only have a few uncommon features. It should always be kept in mind that none of them should be disregarded as trivial, and must be reported immediately to the doctor.

Continue being vigilant about your body. Examine yourself from head-to-toe completely at least once a month for any suspicious looking lesions. Self-examination helps to identify the danger during the early stages, which in turn makes the treatment possible.

Signs and Symptoms of Melanoma

Unlike most cancers that develop silently and spread with little warning, most cases of melanoma are detectable. You or a doctor can easily notice a suspicious mole that can be checked for the presence of cancerous cells. For this reason, doctors urge everyone to have a dermatologist perform an annual checkup on their skin.

Although some parts of the body are not always exposed to the sun, melanomas can still develop in these areas. Melanomas can develop in between the spaces of toes and fingers, soles of the feet, genitals or scalp. These are regarded as hidden melanomas, since they occur in unusual and unexpected areas of the body. People with darker skin also tend to have hidden melanomas. Some examples of hidden melanoma may be melanoma under a nail, in the mouth, digestive tract, urinary tract, vagina, and in rare cases, in the eye.

An eye melanoma may cause vision changes that can be diagnosed during an eye examination.

Early-stage melanoma is very shallow and can be removed with surgery, which in many cases, does not need chemotherapy or radiation treatments. If treated early, many patients with melanoma experience a complete cure. The patient must start by seeing his or her family doctor if he or she notices any skin changes that may seem like a matter of concern.

Depending on the doctor’s initial assessment and test results, the patient may be advised to consult a dermatologist (a doctor who specializes in skin diseases) or an oncologist (a doctor who treats cancer). Moreover, it is highly recommended that you are well prepared prior to any scheduled appointments by making a list of questions and other concerns about your condition.

It is always useful to keep in mind that in today’s world of knowledge, where most of it is shared online, one can refer to a lot of information and many articles about melanoma. At the same time, the patient would need constant support and backup from his or her near and dear ones. By learning about the disease, its diagnosis and the various treatment options, one can share and discuss with a doctor. With a doctor's guidance and support network, one can manage the disease and lead a better quality of life.

You can greatly reduce your risk of having melanoma

The most appropriate treatment for patients with melanoma usually depends on the stage and severity of cancer, their overall health status, and their personal preferences.

Most people, even those who are at risk, can reduce their chances of having melanoma by avoiding excessive sun exposure or use of tanning beds. Most people do not know that skin damage caused by UV light can increase the risk of developing melanoma. Note that a suntan or sunburn is already considered skin damage that may increase a melanoma risk. 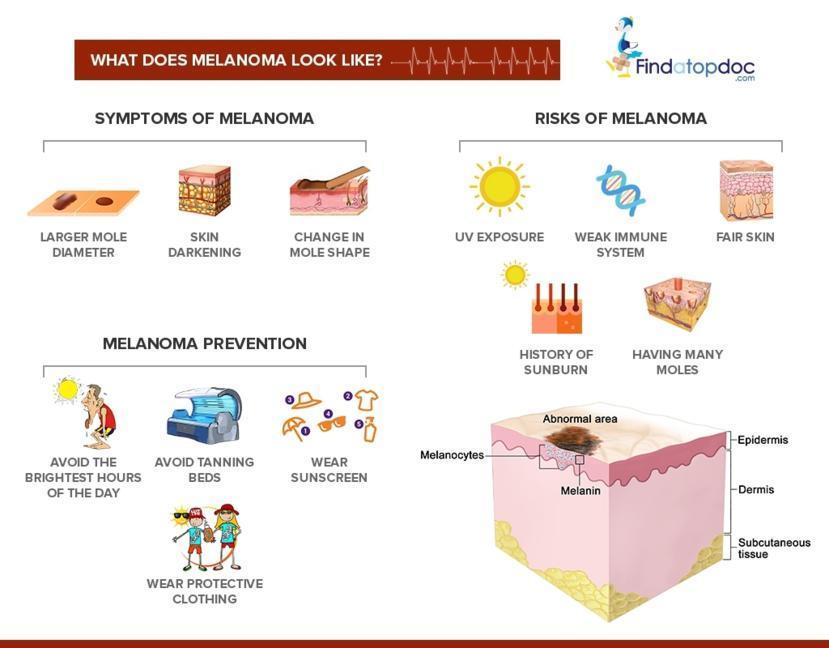 You have the choice to decide if you want to reduce your chances of having melanoma or not. You can do so by avoiding sun exposure from 9 a.m. to 5 p.m., where the sun’s rays are strongest. If you will go out during these hours, make sure to wear a hat, long-sleeved clothing or long pants, and wear sunscreen. Moreover, avoid using tanning beds.

Tanning salons should be avoided. Ensure to wear wraparound sunglasses that provide 100% UV protection. Hats worn while you are out should be with a wide brim, which helps shade your eyes, ears and head. Loose fitting clothes such as long sleeved t-shirts or shirts and long pants are good. They cover most of your body, hence protect a larger area of your skin.

The prognosis for stage IV melanoma is somewhat grim. At this stage, cancer cells from the original melanoma tumor have already spread to other parts of the body, which makes treatment difficult.

Today, there are newly-developed drugs that are approved for the treatment of late-stage melanoma. These drugs promote the suppression of cancerous tumors and help patients to live longer. Patients must also go for regular check-ups while consuming a healthy diet.

Doctors have developed two strategies for early detection of the disease. These strategies are the "ABCDEs" and the "ugly duckling sign".

Are you aware of your ABCDEs?

After carefully practicing sun protection all through the summer, you should also check your skin during other seasons as well. Any suspicious lesion on any part of your body should not be ignored and you should consult the doctor right away so the doctor can proceed with further diagnosis.

Self-examination is the best technique. However, before conducting self-exams, one should obviously know what they are looking for. Make a note of any new moles or their growth. Check if any existing lesions grow or show  significant changes. Any lesions which start itching, bleed or don’t heal over a period of time are also an alarming signal.

ABCDE is an acronym which represents an analytical method in evaluation of melanocytic lesions. The melanoma usually manifests just few or all of the ABCDE features. They stand for Asymmetry, Border irregularity, Colour variability, Diameter, and Evolution.

Look for the ABCDE signs of melanoma and contact your doctor, if you notice any one or more of them. 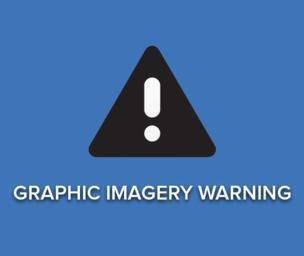 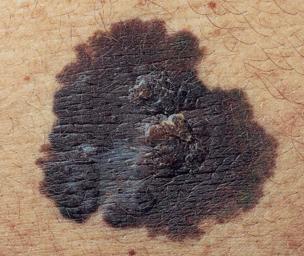 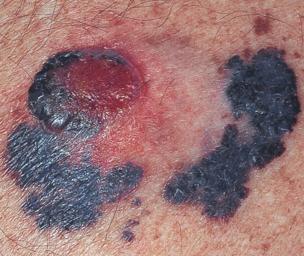 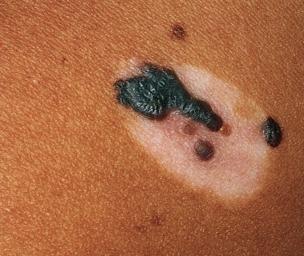 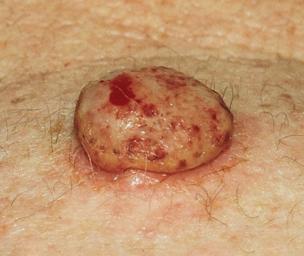 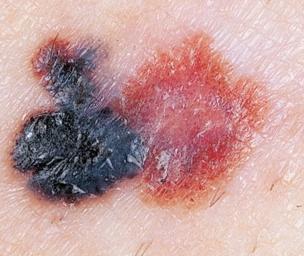 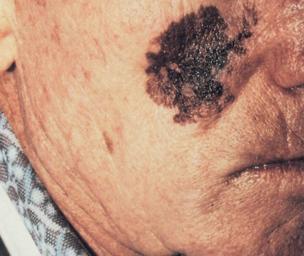 What are the Signs That Differentiate Between a Melanoma...

Can radiation therapy increase one's chances of getting...

How common is it for skin cancer to come back?

Untreated Sleep Apnea as a Determining Factor for Aggressive Melanoma