Meningitis, an inflammation of the meninges, or the membranes surrounding the brain and the spinal cord, can be caused by various factors like viruses, parasites, fungi, or bacteria. Non-viral meningitis is caused by brain injuries, brain surgeries, and autoimmune disorders such as sarcoidosis and cancer.

Viral meningitis is the most common type of meningitis, usually with mild to moderate signs and symptoms. Viral meningitis often tends to resolve on its own even with no treatment. Viral meningitis is usually caused by enteroviruses and arboviruses, both of which can easily spread through sneezing, coughing, or through direct contact with an infected person. Getting infected with any of the viruses that can cause meningitis, however, does not necessarily mean that you will develop it.

Bacterial meningitis is a serious type of meningitis, caused by bacteria like Neisseria meningitides and Streptococcus pneumonia. These bacteria usually spread through mucus and saliva, and therefore usually through kissing, sneezing, coughing, sharing the same eating utensils, and eating contaminated food. Bacterial meningitis is contagious and is therefore usually a concern in daycare centers, kindergartens, schools, and college dormitories. It will take about 2 to 10 days after infection for the first signs and symptoms of meningitis to become noticeable. This period in which no signs are seen is known as the incubation period.

Fungal meningitis is usually caused by a fungus known as Cryptococcus. This type of meningitis is very rare and is not contagious.

Parasitic meningitis is caused by the parasite called Naegleria fowleri, which usually contaminates rivers and lakes. This type of meningitis is extremely rare, however, and luckily, it is not contagious.

Is the Meningitis Vaccine Mandatory?

In the United States, the vaccine for meningitis is not mandatory, although it is strongly recommended for preteens and teens. It is advised that young people get vaccinated against meningitis because it can be a deadly condition, but because the occurrence of meningitis is very rare in the U.S., vaccination has not been made mandatory in all of the country.

To reduce cases of meningitis, vaccination is frequently offered in schools, with some states even making it mandatory. Many states in the U.S. require that students be vaccinated against meningitis before admission to university campuses, and the same happens in Europe. Also, the vaccine is offered to infants alongside the other routine vaccines.

Therefore, although the vaccine is not mandatory to every child, there are several measures in place that make sure as many children as possible get the vaccine. To such measures can be attributed the decline of meningitis occurrence in most developed nations.

It must be noted that meningitis is a rare occurrence only in developed nations—the disease is still very common in sub-Saharan Africa, for example. For this reason, all who are planning to visit places where the incidence of meningitis is still high are advised to get vaccinated before traveling.

How Do You Test for Meningitis?

If neither your medical records and physical examination shows enough to convince the doctor of meningitis, and yet you still have others of its known symptoms, tests are done on collected blood samples. These are used to create cultures and check whether there are signs of bacteria. The most definitive test involves extracting cerebrospinal fluid directly from the spinal cord using a lumbar puncture. This procedure is often known as a spinal tap. There is evidence of infection if the white blood cell count and proteins are higher than normal, while the glucose levels are lower than normal.

Can Bacterial Meningitis Kill You?

Yes, bacterial meningitis is a deadly condition that can ultimately lead to death. Different types of bacteria can enter your body because they are usually found in the environment. When the bacteria cross the blood-brain barrier and get into the brain and spinal cord, they cause meningitis. The most common bacteria that cause bacterial meningitis include Neisseria meningitides and Streptococcus pneumonia.

Infection by meningitis-causing bacteria cause an inflammation in the brain, leading to various symptoms including a rash, high fever, sensitivity to light, and severe headaches. These symptoms have a very rapid onset, developing within a few hours to up to 2 days. During this very short period, bacterial meningitis can cause irreversible damage to the brain and spinal cord.

If the disease is not treated early, it can lead to a stroke, paralysis, or even death. So, yes, meningitis can and does kill. In fact, about 20% of all patients with the condition die and another large proportion suffer from its debilitating effects. Only those who receive treatment early enough can avoid permanent damage to the brain and nervous system.

How Do You Get Meningitis B?

Fortunately, these bacteria do not spread as aggressively as other bacteria, and so aren't that easily acquired. They are primarily spread through respiratory or throat secretions, e.g. saliva, which is why it is most prevalent among lovers and people sharing the same living space. Lengthy contact with an infected individual or the exchange of oral secretions, as opposed to casual contact, increases the chances of acquiring the bacteria.

Despite being deadly, there are still some people who can host the bacteria in their throats without ever developing symptoms. These are the individuals who mainly spread the bacteria leading to the continued cycle of infections. By taking antibiotics as soon as symptoms show, you can reduce the chances of the meningitis being fatal.

How Many People Die from Meningitis Each Year?

Death by meningitis is common worldwide, but the chances of death are significantly higher in Africa where access to healthcare facilities is limited. In 1990, there were 464,000 deaths reported due to meningitis worldwide. By 2013, the number had dropped to 303,000 despite the increased spread of the disease to 16 million. This was due to medical advances and public awareness of the symptoms.

In the U.S., the Centers for Disease Control and Prevention reported only 4,100 cases of meningitis, and just 500 died, although this was over a 5-year period between 2003 and 2007. The reason for the deaths despite knowledge and medication is the speed at which the bacteria attacks the meninges. Deaths typically occur within 48 hours after symptoms begin to show, and even when medical care is available, between 5% and 10% of patients still die. Without medical attention, 50% of individuals will die, particularly those who have the bacterial type of the condition.

Of those that survive, permanent brain damage affecting learning, hearing, or sight is observed among 10% to 20% of the survivors. The development of a vaccine that is now available in the U.S. and Europe and offered to adolescents and early adults will likely further curb the spread of meningitis.

Does Meningitis Cause a Rash?

A rash is one of the classic symptoms of meningitis, and it always occurs in patients infected with the disease. When the meningococcal virus enters the body, it infects the blood, causing consumptive coagulopathy, which causes abnormal clotting within the blood vessels. With the formation of clots, blood flow is hindered within the vessels, and increased pressure, especially in the upstream blood vessels, causes them to rupture and hemorrhage. Furthermore, because the clotting factors are exhausted, more and more bleeding occurs around the body and rashes appear in various parts.

The most commonly affected areas are the limbs where blood pressure is high, and also the brain. The rash is either in the form of spots wherever a blood vessel hemorrhages, or sometimes star-shaped if the blood vessel has severe damage and leaks a large volume of blood into the surrounding tissue.

To distinguish a meningitis rash from rashes from other causes, glass is pressed against the site of the rash, and if the rash does not disappear, it could signal meningitis and prompt further tests.

Viruses are the most common cause of meningitis. Viral meningitis can cause several unpleasant symptoms like skin rash, high fever, nausea, and an aversion to bright light, but it isn’t as dangerous as bacterial, fungal, or parasitic meningitis. In fact, many people with viral meningitis end up recovering even without the use of medications. Nonetheless, when a person is diagnosed with viral meningitis, supportive treatment will help speed up the recovery period and relieve the signs and symptoms as much as possible.

Some of the viruses that can cause viral meningitis include the herpes viruses (which cause herpes as well as chickenpox/shingles, HIV, mumps, measles), flaviviruses, enteroviruses, and arboviruses. The symptoms of viral meningitis usually disappear within a few days.

When Is Meningitis Serious?

Meningitis is an inflammation of the meninges, the protective membranes of the brain and spinal cord. The inflammation can result from viruses, bacteria, fungi, and parasites, among other causes. But how serious is meningitis?

D Luckily, these forms of meningitis are very rare.

Non-bacterial meningitis is non-contagious. The outlook on this type of meningitis depends on the underlying primary cause of the disease.

Where Does Meningitis Come From?

Meningitis simply and merely refers to the inflammation of the meninges—the protective membranes covering the brain and spinal cord. The actual inflammation can be due to any of these factors:

Bacterial meningitis is contagious, meaning that it spreads from one person to another, while other types of meningitis are not contagious. Meanwhile, infection by any of the viruses that cause viral meningitis does not necessarily mean you will develop it.

Any weakening of the immune system for various reasons and any anatomical defects can lead to recurrent meningitis. 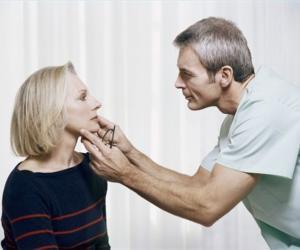 What are the Causes and Symptoms of Meningitis? 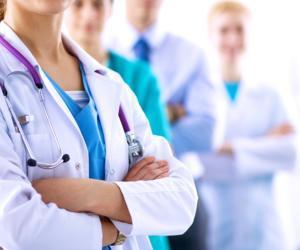 What Team of Specialists Should I Contact if I Have Meningitis?