TV reporter Sonya Goins was diagnosed with Crohn's disease in college and has had more surgeries than she can count. She lives with the pain of her autoimmune disorder every single day and yet is known to others as having a tireless mixture of gratitude and grit.

Goins and Mark Baker worked together every day on the set of WCCO-TV, but kept their relationship on a professional basis. That all changed after Goins left the station and 2013 and added Baker to her list of Facebook friends.

Goins had always thought of her relationship with Baker as purely casual, that is until she learned she had been the inspiration behind a $7,200 donation that Baker had left to the Crohn's and Colitis Foundation in her name in his will.

Working as an on-camera reporter for CCX Media, Goins was brought from her feet to sitting within seconds of learning of Baker's generous contribution. Even while dealing with his own sickness and fight with cancer, he was thinking of Goins and this meant the world to her.

After careful consideration, Goins made the decision to direct a portion of Baker's contribution to a summer camp in Minnesota that functions as a retreat for children with inflammatory bowel disease and other digestive diseases, called Camp Oasis.

With $4,000, Goins and the Crohn's and Colitis foundation can send 10 kids for an entire week, a cost that is a hardship for many families of sick children.

Trevor Smith, another hero for the Crohn's and Colitis Foundation, started playing hockey as soon as he could hold a hockey stick. He began his hockey-playing life in Toronto, Canada where road and ice hockey quickly became his obsession. He played hockey, watched hockey, and spoke hockey. In fact, he cherished some of his newest hockey equipment so much that he even took them to bed with him.

Trevor's family supported him in his fun and hard-working sport. He credits his parents at giving him the opportunities that he needed to succeed. Whether it was road trip tournaments or early morning practice, his parents were always his number one fans.

At the age of seventeen, Trevor left home to play junior hockey. Only three seasons in and he landed a hockey scholarship to attend the University of New Hampshire. After his sophomore year, he was signed on to the New York Islanders and left school to live out his dream of being a professional hockey player.

On the outside, people saw a fun-loving, hard-working, great hockey player, but on the inside, there was more going on than others knew. Amidst all of the practice and competitions, Trevor was battling with ulcerative colitis. Trevor's major symptoms first appeared during his sophomore year at college which is when he was first diagnosed. Unbeknownst to Trevor or his family, he had been suffering from various symptoms related to IBD for several years, first beginning in his early teens.

Trevor had to go through years of trial and error as he and his doctors tried several different medications to keep his flare ups under control. The various pills and drugs struggled to work.

Trevor says that despite his struggles with ulcerative colitis, he has still managed to reach some very big personal milestones in his hockey career. In the week following his first NHL game, he scored his first NHL goal in Calgary and framed the puck at home as a constant reminder. Even after that first goal were several moments worth remembering, including his win of the Calder Cup in 2012, playing his 100th NHL game in 2015, and hitting his 500th AHL game mark in 2016.

Special Diet May Helps Kids with Crohn’s or Colitis

A new diet, comprised mostly of non-processed fruits, vegetables, meats, and nuts may relieve the symptoms of Crohn's and colitis in children without the help of medications.

Researched showed that after 12 weeks on the diet the symptoms of eight out of the ten children researched had relief of symptoms.

David Suskind, an author of the study and a professor of pediatrics and director of clinical gastroenterology at Seattle Children's Hospital said that the study showed how the researchers were able to improve the symptoms of the individuals in both clinical and laboratory markers.

Suskind added that they knew that diet had an impact, but were not aware of how much an impact until they conducted their study.

Standard treatments for Crohn's and colitis generally include steroids and the use of other immune-suppressing drugs. Surgery is also sometimes required in order to remove compromised portions of damaged intestines.

The researchers put ten children between the ages of 10 and 17 on the special diet, known as the specific carbohydrate diet. The diet was the only measure used to treat Crohn's or colitis in the participants.

The diet requires that all grains be removed as well as most dairy products, processed foods and sugars. The only exception is honey. Those on the diet are instead required to eat foods that are rich in nutrients, such as nuts, meats, vegetables, and fruits.

Suskind stated that the researchers were unable to determine the exact reason of why or how the dietary changes control the damage to the intestinal lining from IBD, but included several theories.

One of the theories states that diet is known to affect the gut microbiome which contributes to digestion and is underlying the entire immune system. Suskind believes that the dietary therapy may change the microbiome from pro-inflammatory to non-inflammatory.

The chief scientist for the Crohn's and Colitis Foundation of America's IBD Plexus Program, Dr. James Lewis, is helping to lead the national research currently in progress and is comparing the effectiveness of the new, specific carbohydrate diet to the effectiveness of the previously studied Mediterranean diet in inducing the remission of symptoms in patients with Crohn's disease. The previously studied Mediterranean diet involves mostly eating plant-based food.

Dr. Lewis supports the findings of Suskind's research, reporting that even though it was a small research pool, the results could add to the growing research that suggests the potential of therapeutic benefit that the specific carbohydrate diet provides to patients with IBD.

To date, even the most effective standard therapies that are usually used to treat patients with Crohn's or colitis leave a large number of patients with persistently active disease and symptoms or with the inability to experience a full healing of the intestine.

This new dietary therapy may help resolve the need for newer therapies that could work alongside traditional therapies to improve the outcomes of patients and help to relieve their symptoms.

Trevor's Story (n.d.). [Web]. In Crohn's and Colitis Foundation. Retrieved on 08/29/2017 from: http://online.ccfa.org/site/PageNavigator/take_steps_story_trevor_smith?wmenu=sec_stories

How Is Acupuncture Used to Treat Crohn's Disease?

Chronic Constipation: The Rarer Side Effect of Crohn's...

Is Crohn's disease a hereditary disease? 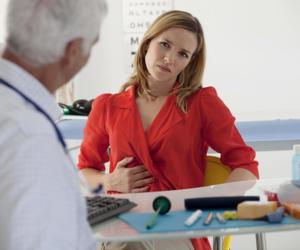 How Is Each Type of Crohn's Disease Different? 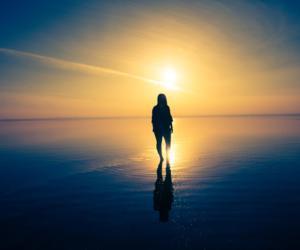 Is it Crohn's Disease or Lactose Intolerance?

What is Crohn’s Disease?