When Montel Williams was first diagnosed with multiple sclerosis in 2000, it was because of a sudden onset of symptoms. He described being on a flight on his way to Utah to film an episode of the television show “Touched by an Angel” when his feet began to feel like they were burning. This burning sensation didn’t subside, and his multiple sclerosis symptoms continued to worsen. In recent years, Williams has become more open about his treatment of multiple sclerosis and an advocate for alternate treatment methods. 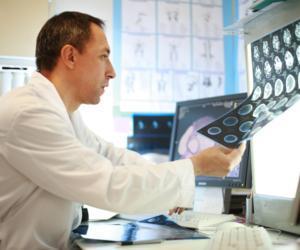 After he was initially diagnosed with multiple sclerosis, Montel Williams began making the rounds to various doctors to seek help for his condition. As a celebrity, Williams was certainly able to afford top notch care, but even so, doctors continued prescribing him the same variety of opioids to treat his pain. These medications unfortunately had little effect. Williams isn’t the only multiple sclerosis patient to experience this scenario. Opioids are commonly prescribed for multiple sclerosis patients to help alleviate the often times debilitating symptoms that accompany the disease. While these drugs can sometimes effectively mask pain, they don’t always work the way patients need them to.

Aside from not always having the desired effect on a patient’s pain level, opioids are also very addictive. Montel Williams recounted how after three years of visiting doctors and trying different prescriptions of opioids, he was in a bad place. Williams stopped using the opioids and began seeking alternative treatment methods. While Williams was able to stop using opioids and move towards a different treatment path, many patients dealing with multiple sclerosis may have a much more difficult time breaking away from their prescribed drug. Opioids are extremely addictive and an opioid addiction is very difficult to break. For patients of multiple sclerosis who experience regular, severe pain, breaking an opioid addiction may present a challenge that would leave them both depleted from the detox and in a heightened level of pain from their symptoms.

Thankfully, opioids aren’t the only available treatment option, and advocates like Williams are fighting for another choice to become more mainstream.

Cannabis as a treatment option

In recent months, Montel Williams has become increasingly vocal in advocating for the use of cannabis as a means of treating multiple sclerosis. Williams recounts how one doctor he visited after he’d been through the rounds of various opioids off-handedly recommended he try cannabis. The physician made it clear that he wasn’t prescribing it, and that he wouldn’t say anything about the option publicly, but he told Williams that some of his other patients had found cannabis to be an effective treatment option. Since then, Williams has been using cannabis daily to help keep his multiple sclerosis symptoms under control.

Cannabis has long been a controversial treatment option for patients struggling with a variety of different diseases. While medical marijuana has been used in some states to treat certain illnesses like later stage cancer, the practice isn’t necessarily widely accepted. Despite the controversy, Williams and other patients and medical professionals are beginning to advocate more strongly for a more widespread use of cannabis as a treatment option for multiple sclerosis. According to certain sources, cannabis can manage pain levels and keep symptoms under control without exposing patients to the same high risk of addiction associated with opioids. Some advocates would also argue that cannabis is a more natural option than most opioids and therefore better as a long-term form of pain management.

In addition to getting caught in a different debate about the legislation of recreational drugs, cannabis also suffers from a somewhat seedy industry. Williams himself has spent the last 17 years working to develop a viable and professional form of cannabis that could be used to treat serious health conditions. His company has devoted enormous resources to research and development of the drug. He’s committed to safe and ethical manufacturing processes, and not against regulations of processing and distributing the drug. While Williams’s opinions might help to make cannabis a viable option, there’s another side to this industry that’s doing it harm.

For every Montel Williams working to develop cannabis responsibly, there are several garage or basement operations that fly under the radar and actively avoid regulation. The problem with these types of cannabis producers is that they can manufacture and distribute a form of the substance that may not be safe or effective for medical treatment. Additionally, if cannabis is to be a successful treatment option, then it will likely need to be distinguished from recreational drug usage, certainly for the time being. Small operations that run covertly can’t prove that they’re only distributing to verifiable patients and therefore blur the lines even further in the debate between medical and recreational drug usage.

Aside from the entanglement with recreational drug usage and the current problems with the industry, the stigma that surrounds cannabis itself may be the biggest hurdle that Williams and other advocates will have to overcome. Williams himself recounts how he was detained at airports on three separate occasions in the last 17 years and subsequently charged for his possession of cannabis paraphernalia. All three times Williams was not actually carrying any cannabis with him, just clean pipes used for consuming the substance. While the charges against him were eventually dropped due to his medically based need for the substance, he was still portrayed in the media as a drug addict trying to get away with smoking. In addition to his own negative experience, Williams also discussed how on many occasions patients have been handcuffed and taken from their homes for growing a small amount of cannabis to treat their conditions. If cannabis is ever going to be really accepted as a viable alternative to opioids, then the stigma against the drug will have to be addressed.

Multiple sclerosis is a difficult condition to treat. Not only are the symptoms unpredictable, but they can also range in severity and even become debilitating. At the same time, the symptoms associated with multiple sclerosis may often be invisible to others. While a variety of opioids have long been used as a means of regulating pain, they may not be the best treatment option. In addition to not always providing relief, opioids can also become extremely addictive and leave a patient worse off. Although the verdict is still out, advocates such as celebrity and multiple sclerosis patient Montel Williams are working to make cannabis a more accepted treatment option. While there are certainly many steps to overcome and many questions that are still to be answered, the use of cannabis in treating multiple sclerosis seems like it may be an increasingly viable option.

You can read more of Montel Williams’s story and current advocacy for cannabis at Forbes and Benzinga. 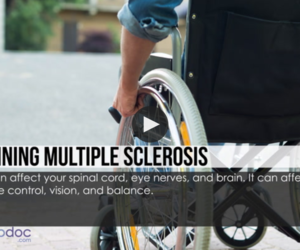 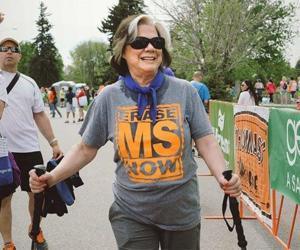 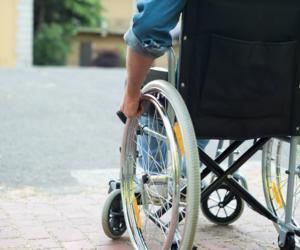