The data released on July 18th from three clinical trials conducted by Vertex Pharmaceuticals revealed promising results. The drugs that were tested in these trials are three different triple combination regimes that are designed to treat the underlying cause of cystic fibrosis in patients with the F508del/Min mutation, which is notably difficult to treat.

The data revealed by the clinical trial results was significant, and pretty astounding. All three of the different drug regimes being tested revealed a net 10 percentage point improvement in patients who were treated during the trials. 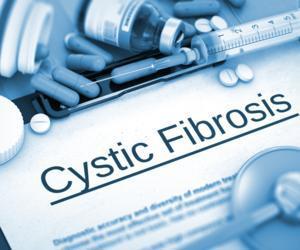 Vertex CEO Jeff Leiden compared the results of the clinical trials and the efficacy of the three different drugs being tested to Kalydeco, a drug that is also designed to treat cystic fibrosis and which Vertex has already been authorized to distribute. Leiden noted that testimonials from patients currently on Kalydeco demonstrate the drug’s enormous capacity to increase quality of life by drastically improving lung functionality.

Although Kalydeco has proven to be very effective in the treatment of some cystic fibrosis patients, previous studies have shown that it isn’t effective in treating patients with the F508del/Min mutation. If the three new drugs being tested for treatment of patients with the F508del/Min mutation are authorized for distribution, then Vertex Pharmaceuticals will be able to offer some form of effective cystic fibrosis treatment for approximately 90% of patients worldwide.

Why further research is needed

Before Vertex can go ahead with distribution of the new drugs, the company will need to conduct further clinical trials. The company noted that it is hoping to expedite further trials and authorization in order to get the drugs on the market faster. If the data from the trials up to this point are any indication of the drugs’ success, then there’s good reason to be hopeful that further trials will yield similar results.

Each of the different drugs currently being tested by Vertex is a three-drug regime. In all three cases, a new drug is being combined with tezacaftor and Kalydeco in order to achieve the fantastic results. These three different drugs were described by the company as “correctors” because they are designed to address a protein that malfunctions in patients with cystic fibrosis.

The first of the three trials combined tezacaftor and Kalydeco with VX-440. After testing the drug regime on 47 patients, researchers found that the average patient had increased lung capacity by 10-12%. In addition, patients also had reduced chloride in their sweat which points to improvement in the activity of the CFTR protein.

The second of the three drug combinations used VX-152 in two different dose amounts: 100 mg and 200 mg. In the patient group given the lower dose of VX-152, researchers found average improvement in lung functionality of 5.6%. In the group of patients who were given the higher dose of VX-152, lung functionality improved by an average of 9.7%. Like the results of the VX-440 combination, patients using VX-152 also had reduced levels of chloride in their sweat.

The third drug regime that was tested combined tezacaftor and Kalydeco with VX-659. Patients in this clinical trial had an average improvement of 9.6% in lung functionality. All three clinical trials also included a placebo group that was used to measure the net efficacy of the three different drugs. In all three cases, there was an average net gain of at least 10% in lung functionality which is considered statistically significant.

In addition to their overwhelmingly positive effects on the lung functionality of patients with the F508del/Min mutation, all three drugs were also tested as relatively safe. Patients in all three groups reported mild to moderate side effects. Two patients who were treated with the VX-440 regime had increased levels of liver enzymes. This could possibly be an indicator of organ toxicity. In both cases, when use of the drug was ceased, the increase liver enzymes resolved as well.

The results from these clinical trials were based on phase 2 testing of the three drugs. Vertex plans to move one or two of the three tested drugs onto phase 3 testing early next year. According to Vertex CEO Jeff Leiden, the nature of those studies, especially their length, is still being discussed and decided upon with regulators.

Steve Rowe, director of the Gregory Fleming James Cystic Fibrosis Research Center at the University of Alabama, Birmingham and a consultant on the current clinical trials noted that the length of phase 3 testing may be shortened to six months instead of the typical twelve. Rowe cited the overwhelmingly positive data from the phase 2 tests as well as regulators’ familiarity with the other drugs, tezacaftor and Kalydeco, that have already been approved for distribution as potential factors in the expedited testing of the new drugs.

Expediting the review process would be ideal not only because it would make the drugs available sooner to the roughly 24,000 patients who suffer from the F508del/Min mutation, but because Vertex is also in competition with other pharmaceutical companies to get the drugs on the market. Most notably, Belgian based biotech company Galapagos has been working with AbbVie to develop their own triple combination drug regime that would similarly treat cystic fibrosis patients with the F508del/Min mutation.

The financial burden of treatment

While Vertex will do a lot of good with the distribution of one or multiple of the three new drug regimes, the distribution of these drugs won’t shield the company from its share of criticism. So far, in 2017, Vertex has gained a 75% increase in market shares. With the announcement of the clinical trial results this past week, Vertex’s value as a company will only continue to rise. While this could give the company room to grow in its research and potential offerings, it hasn’t done anything to reduce the cost of treatments.

As it stands Kalydeco costs about $300,000 for a year’s worth of treatment. Orkambi, another authorized cystic fibrosis treatment distributed by Vertex, is similarly priced, at about $270,000. While these drugs and the drugs currently in clinical trial have been proven to be incredibly effective in what they can do for patients with cystic fibrosis, their cost remains high.

Regardless of discussions on the prices of Vertex’s drugs and how this affects their accessibility, Vertex has already begun moving ahead towards authorization for their new F508del/Min treatment. By the end of June Vertex had submitted the tezacaftor/ivacaftor combination drug to the FDA for review, and a similar submission to European regulators was not far behind.

What this means for the future of cystic fibrosis

The incredibly successful results of the phase 2 tests of the three corrector drug regimes are reason to celebrate in itself. Whether or not it does anything to reduce the price tag for the treatment, the current competition in the pharmaceutical market to be the first to distribute a drug that would treat the F508del/Min mutation will certainly help speed the process along. Given the so far positive results and minimal negative side effects, Vertex’s recent announcement is definitely good news for the 24,000 cystic fibrosis patients who have been waiting for a treatment that would prove effective on the F508del/Min mutation. 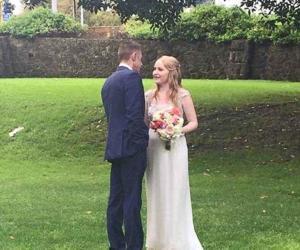 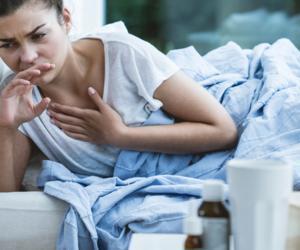 New Study May Explain Mucus Issues in People with CF 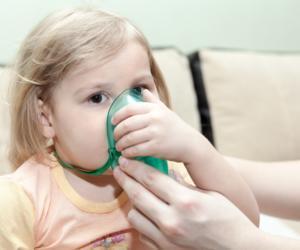 Things People with Cystic Fibrosis Want Others to Know