For those who have diabetes or have loved ones with the condition, then one of the common complications they may have heard about would be visual impairment. Diabetic retinopathy is a major complication which has made an impact on health systems all over the world. There have been an estimated 1 in 3 people who have some degree of retinopathy, with studies showing that there will be an increase on this complication happening to diabetics come the next decades.

But fortunately, there have also been studies that show that there is now a lower incidence on  retinopathy, thanks to the improved glycemic control in recent times. And with even better news, there have now been new procedures and programs that have found ways on treating and reducing the complication. Thanks to a national retinopathy screening program, the proportion of diabetics who suffer from sight loss have halved. This program has been created for people in England and Wales. It was launched in 2003 and began rolling out to diabetics in 2007. And after ten years, there have been many improvements in the program and statistics.

A recent study checks the latest data from Wales to prove if the program is successful when it comes to preventing sight loss from those who have diabetic retinopathy. The results have been proven positive, with the amount of diabetics needing a visual impairment certificate decreasing from the years 2008-2014.

The results from the study shows that this screening for retinopathy helps to prevent future visual impairment for diabetics, though it may be difficult to get a detailed interpretation without the patients' data before undertaking the screening program, as the reduction could have been made from other factors besides the program, such as people becoming more aware of diabetes or the improvements of caring for one's vision because of it.

The study was created by researchers from King's College London, Cardiff and Vale University Health Board, Cardiff University, Swansea University, and the Moorfields Eye Hospital. It was funded by the Diabetes Research Unit Cymru and Wales School of Primary Care Research, published for the public to read it online for free.

BBC reported that the story is accurate and many media outlets have begun posting about the results of the research, though the headlines "Diabetic Sight Loss Cut By Screening" isn't necessarily the correct way to put it, as there are still many other reasons as to why diabetic retinopathy has reduced throughout the years.

This research focused on retrospective analysis, with the researchers looking back at previous data on recent visual impairment certifications over the years 2007-2015 for them to analyze the different trends in relation with retinopathy in diabetics.

This is one type of research effective in identifying possible associations, though it is difficult to determine the cause and effect, not being able to fully price how the screening directly causes a reduction in diabetic retinopathy.

The analysis and research came from Wales, with the data coming from the years 2007 to 2015. Why this period? Because while the screening program that began back in 2003, it wasn't until 2016 that people over 12 years old in the area were offered appointments for screening. The study wanted to prove if the earlier detection from the screening is associated with the reduction of sight loss of diabetics.

The level of retinopathy was measured by looking at the visual acuity and field of vision of patients. The researchers also looked into Wales' population and the amount of people who have diabetes, which were obtained by statistics from relevant health records.

What have the results found, exactly? During the years 2014 and 2015 in Wales, there were 339 fewer certifications for visual impairment as compared to the years 2007 to 2008. Here are the specific results from the data analyzed:

Overall, the number of visual impairment certifications fell by 22, after an increase in the start of 2008. To put into detail:

Researchers concluded that the findings offer insightful information that can assist medical professionals in further monitoring the diabetic eye disease for them to give a basis on assessing benefits of changes when managing diabetes and the visual issues from it. It also takes not of the benefits when offering a screening program that will be able to detect retinopathy early to treat it.

The screening program in Wales have helped in decreasing new visual impairment certifications despite the increase in people who have diabetes around the area. So that means there is promise that can highlight the benefits of the screening program, though there are some crucial points to look up on, such as:

Encouragement to get eyes checked

But either way, this study has given light to those with retinopathy and diabetes, encouraging people to get checked to prevent and treat their visual impairment before it gets worse. As long as one gets checked and remains aware with their condition, along with studies being down to improve treatment, there will hopefully be fewer cases and better ways on how one can manage the condition. While the screening program helps, it will also take proper care of your eyesight and management of diabetes to help you stay healthy and with good eyesight.

If you have diabetes (either type 1 or 2), it's crucial to check your eyes once a year to check if there are any risks or improvements regarding your vision. You may also ask your doctor for a screening appointment to ensure that your eyes are well taken cared for. Diabetics who are older than 12 years are invited to a Diabetic Eye Screening Service and will be attending an appointment. Again, it's best to contact your doctor to check for any screening appointments available for you.

I hope that this helped you become more knowledgeable on the importance of screening programs and staying updated on the latest findings of diabetes. If you have any questions or would like to share, then comment down below. I would love to hear what you have to think about this latest study and how it can help you and other people.

Bret Michaels Rocks Diabetes: An Update on his Health

Cities at the Frontline in the Global Diabetes Epidemic

Will fasting and anesthesia lead to any complications...

Is a high protein diet advisable for a diabetes patient? 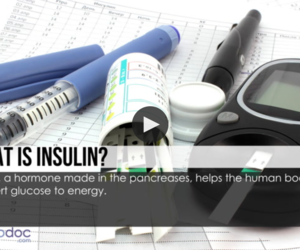 Is it okay for a diabetic patient to consume coconut water?

Can long term medications make the body really addicted to them?