Fibromyalgia is a chronic medical condition that is associated with pain spread widely through various parts of the body, such as the bones and muscles. The symptoms are very subjective, which means that they cannot be determined easily with physical examination, even with diagnostic tests. Hence, most of the time, this medical illness goes unnoticed or misdiagnosed for some other disease.

The symptoms associated with fibromyalgia are often tenderness in certain points of the body, which are known as trigger points or tender points. These are the areas where even light pressure would give rise to pain. These tender points in fibromyalgia are very rarely diagnosed. If an individual complains of experiencing this pain for a continuous period of three months, then the doctors would come to the conclusion that the symptom is due to fibromyalgia. There are certain symptoms apart from pain that people may experience, including having trouble while sleeping, anxiety, depression, sleeping for longer duration than normal but not feeling rested, severe forms of headaches, difficulty in concentration, and pain in the lower part of the abdomen. 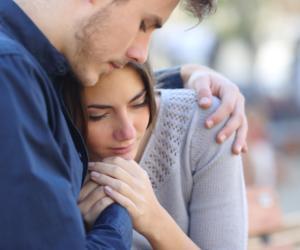 A Couple's Guide to Fibromyalgia

These symptoms can be due to miscommunication of the signals between the brain and the nerve or overreacting to the slightest pain signals. The common trigger points of the pain would include the hips, back of the head, upper chest, outer elbows, upper area of the chest, knees, and shoulder tops.

Fibromyalgia has no cure, but the medications help to improve the symptoms pertaining to this illness. The main goal of the treatment is to help the individual in managing the pain and improving the quality of life so he can continue to carry on with the routine activities normally without any interference of pain at the trigger points. The common medications that are prescribed for this illness would include:

There are certain commonly used NSAIDs that help to treat inflammation in the body; however, inflammation cannot be termed as one of the symptoms of Fibromyalgia. NSAIDs also helps to provide relief from pain. These medicines work by hindering a substance in the body that is called prostaglandins. This hormone plays a role in inflammation and pain. Some of these medicines are available without any prescription, but they help to ease the aching muscles and joints. NSAIDs are also suggested to provide relief from the menstrual cramps and headaches, which are common occurrences in fibromyalgia. However, one should note that NSAIDs should not be used for a long duration. The doctor would be the best guide on how long an NSAID should be used. There are certain side effects associated with NSAIDs, including pain in the stomach, retention of fluid in the body, kidney or liver related problems, high blood pressure, and heart related problems. Also, there are certain drugs that should not be used along with NSAIDs, since this can lead to drug interactions. You would need to inform the doctor about the details of the medicines being taken prior to starting the NSAID treatment.

There have been successful uses of NSAIDs when used in combination with other drug therapies, such as NSAIDs with a muscle relaxant or an anxiolytic agent. For example, naproxen with cyclobenzaprine or ibuprofen with alprazolam may be used. NSAIDs help in providing relief from pain that is usually caused by inflammation. However, there are certain NSAIDs that reduce the pain by blocking some of the enzymes that are part of the body’s response for the painful spurs. Hence, in such cases, the doctors tend to prescribe fewer of the NSAIDs and go for other medications that directly work on the central nervous system. This is from where the pain stems.

Whether an NSAID is right or wrong for you is something you would need to discuss with your doctor. They would judge various factors, such as the diagnoses of the symptoms, the overall health of the individual, age of the person, the various lifestyle factors, severity of the condition or pain, and the body’s response to certain types of medications taken in the past. It is also not necessary that any type of NSAID would work for you. It can be that one NSAID may work better than the others; hence, sometimes it takes experimentation with various drugs before the best results are achieved wherein the body responds positively to the treatment.

Below are the NSAID medicines that are available only with prescription:

Aspirin: Aspirin has been one of the favorite painkillers for fibromyalgia patients. Aspirin has anti-inflammatory properties that help to provide relief from pain and fever. Aspirin is also known to work to thin the blood; hence, it is often used in patients to prevent the risk of stroke or any other kind of heart related disease. Aspirin is mostly considered safe, but it should not be used for children below the age of 18 years, since there are certain side effects that can lead to Reye’s syndrome, which is a rare kind of condition that only happens in certain circumstances.

Advil: Advil is the brand name of ibuprofen that was first developed in the year 1962. It is one of the types of NSAIDs. Among the different brands of ibuprofen, Advil is known to be the commonly used brand for providing relief from pain. Apart from providing relief from pain, Advil is also used for fever. Since it helps to ease inflammation, it is one of the most effective treatments and painkillers for fibromyalgia. The exact cause of fibromyalgia is still not known, but it is known that inflammation is not one of the causes of this medical condition. However, in certain cases, NSAIDs have been prescribed very often for pain relief. If an NSAID is given on its own, then it will not show much improvement in the symptoms. However, when given in conjunction with another medicine, it has shown a lot of benefits and speedy recovery.

Lyrica: This is an oral medication that is also known as an anti-seizure and anti-convulsant medicine. It is known as one of the effective drugs for pain treatment caused by fibromyalgia. This medicine was first approved by the FDA for treating fibromyalgia patients. This is not an over-the-counter drug, so it can be taken only if prescribed by the doctor.

Naproxen (Flanax Pain Reliever, Midol Extended Relief, Naprelan, Aleve, Naprelan 500, Comfort Pac, Aflaxen): Naproxen is a Non-Steroidal Anti-Inflammatory Drug (NSAID), and it works by decreasing the hormone called prostaglandins that lead to inflammation and pain in the body. There are various medical conditions that lead to pain and inflammation, such as tendinitis, arthritis, fibromyalgia, and menstrual cramps. Naproxen helps to lower the signs of pain and inflammation caused by these medical conditions. The slower acting forms of naproxen are extended-release and delayed-release tablets, which are mostly used to heal chronic conditions, such as spondylitis and arthritis. When it comes to acute pain, these two forms would not work fast enough. One should not use naproxen if he is allergic to any of its contents or if there has been any medical history of being allergic to aspirin or any other form of NSAID. Long term use of naproxen or higher doses can lead to an increase in the risk of heart related disease, such as a stroke or heart attack. Even those individuals who did not have any past history of stroke or heart related problems could suffer while taking this medicine. One should avoid the intake of naproxen before or after a bypass surgery. There can be cases in which naproxen could lead to intestinal bleeding or stomach bleeding, which could turn out to be fatal. Hence, one should inform the doctor if there are any unusual symptoms or feelings, since these medical conditions come without any warning sign. Before taking naproxen, one should inform the doctor if he is suffering from any of the medical conditions, such as asthma attacks, a history of stroke or heart attack, heart disorders, high cholesterol level, disease related to the kidney or liver, ulcers in the stomach or bleeding in the intestine or stomach, and retention of fluid. Pregnant ladies who are in their last trimester should avoid taking this medicine, since it can cause harm to the unborn baby. Hence, inform the doctor if you are pregnant or planning for a pregnancy or breastfeeding a baby. Without any medical consultation, one should not give this medicine to a child.

Naproxen comes in the form of liquid, as well as tablet form. The tablets can be coated so as to protect the stomach, or they can be in extended release form, which would be required to be taken once a day. Naproxen should be taken exactly as prescribed by the doctor, or you can check the label of the medicine for instructions on dosing and usage. Avoid taking larger or smaller doses of this medicine without recommendation from the doctor, since it leads to worsening of the condition or side effects. Naproxen tablets should be swallowed as a whole; do not crush or chew them. Naproxen can be taken with or without food; however, if it causes stomach upset, then it is better to take it with food. Avoid the intake of aspirin while you are taking naproxen. The common side effects of naproxen are itching, heartburn, pain in the stomach, swelling, nausea, drowsiness, indigestion, vomiting, dizziness, and ringing in the ears. If one experiences any signs of stroke or heart attack, then inform the doctor immediately. For the below mentioned severe forms of side effects, stop taking the medicine and reach out to the doctor immediately:

It is very important to inform the doctor about any medicines, vitamins, or supplements being taken so that he can judge the various factors and then decide the medicine to be provided. There are certain drugs which can lead to interaction if taken along with naproxen:

Avoid taking naproxen in large amounts, since it can lead to overdose. A few of the overdose symptoms are pain in the stomach, nausea, dizziness, vomiting, having trouble in breathing, and drowsiness.

Fibromyalgia Treatment: What are the Alternatives?

Fibromyalgia: Beyond the Pain 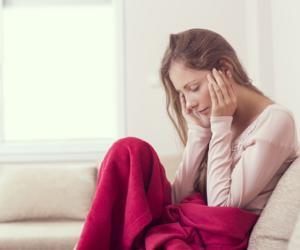 Why Does Fibromyalgia Affect More Women? 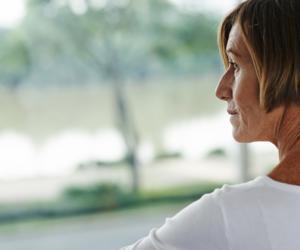 With Fibromyalgia, Pain Can Be Motivation 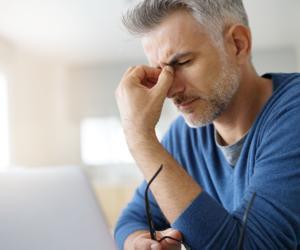 6 Reasons Why It's Harder for Men to Be Diagnosed with...